The latest book in Alyson Noel’s spin-off series (from her “Immortals” series) is here! Shimmer: A Riley Bloom Book (Radiance)

Having solved the matter of the Radiant Boy, Riley, Buttercup, and Bodhi are enjoying a well-deserved vacation. When Riley comes across a vicious black dog, against Bodhi’s advice, she decides to cross him over. While following the dog, she runs into a young ghost named Rebecca. Despite Rebecca’s sweet appearance, Riley soon learns she’s not at all what she seems. As the daughter of a former plantation owner, she is furious about being murdered during a slave revolt in 1733. Mired in her own anger, Rebecca is lashing out by keeping the ghosts who died along with her trapped in their worst memories. Can Riley help Rebecca forgive and forget without losing herself to her own nightmarish memories?

Find out more about Shimmer here, including audio excerpts and Riley’s diary:
https://www.alysonnoel.com/radiance/shimmer.php 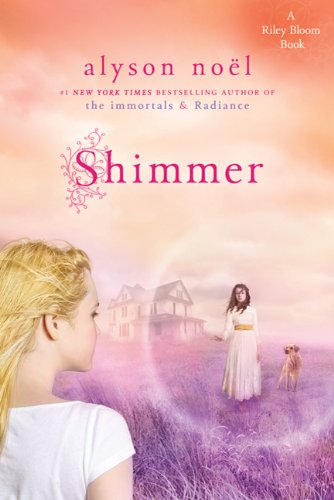