Missy Johnson’s upcoming book “Don’t Hold Back (Love Hurts Book 4)” is up for preorder and will be released on December 12th!!! It sounds SO HEARTACHE-Y!!!! OMG it makes my heart break and I haven’t even read it yet. She posts an ad on Craigslist. She just wants someone to be with. A friend… a confidante… before she dies.

Oh I know what I just “virtually” heard. A bunch of squees and nopes at the same time! Yep. I just heard my fellow readers split in TWO… one half with the NOPES (*snort*), and the other half with the SQUEES. BUT YOU KNOW WE ARE SO ON THIS! After all… who knows how it will end?

Nothing guarantees it’s going to go one way or the other, so let’s just read it!! 😉

The blurb? *nods* Brace yourself (although I’ve already spoiled the *blurb jolt* for you… 😉 but you KNOW it was worth it! )

Just you and me.

About you: You’re fun loving, adventurous and you have a wicked sense of humor. You’re spontaneous, open minded and creative. You live for today because you never know what tomorrow holds.

I’m Erin and this isn’t your usual Craigslist Ad. I’m twenty-four, and full disclosure, I’m dying. But I don’t want your pity. What I want is your help. I’m not looking for a nanny, or for someone to hold my hand. I want a friend, a confidante, a partner in crime.

Okay… so, it’s book four in a series of complete standalone novels. The series is called Love Hurts.

Here’s an excerpt from THIS book:

He reaches over and plucks the notebook from my hand and the tour guide from next to me on the seat. I watch, open mouthed as he yanks open the window above our carriage and tosses them both out, before slamming the window shut.

“This is supposed to be your trip,” he growls.

The anger in his voice shocks me, because it’s come from nowhere. One minute I’m sitting there, pouring over my guidebook, and the next he’s hovering over me, like an angry bear.

“What do you want? Because I’m struggling to believe you really give a shit about what the lonely planet marks as the tallest building in Venice.” He sits back down opposite me, his intense eyes locked on mine. “You might only get to do this once, Erin. Do it right.”

“Why did you even want to come on this trip? I think you totally missed the bit where I asked for fun loving and adventurous,” I mutter. He’s been nothing but angry and moody since we left Australia. If I wanted that in a travelling companion, I would’ve just taken my sister.

“Why did you invite me?” he challenges.

Good point. I could blame Calli, but I’ve never taken her advice on board before, so why would I start now? Why did I choose him? Because I saw something in him. As much as I’m trying to live every moment of my life, it was like he’s trying to forget.

“Fine,” I sigh, crossing my arms over my chest. “So, since you apparently know everything, how am I supposed to know what the hell I really want to see without a damn guidebook?”

He nods at my phone. “Google it. Pick three things you really want to see. If you never come here again, what will you miss the most? And I’ll pick three things. If you like my three things more than what you chose, then for the rest of this trip, you plan nothing.”

Nothing? That’s like asking a duck not to swim. Planning is what I do. I have so little control over anything in my life right now, that the thought of no lists and not knowing what happens next terrifies me.

“What makes you think you even know what I like? You’ve known me less than a week.” I laugh nervously.

“If I don’t know you, then you won’t have a problem,” he points out.

“To throw your own words back at you, where’s the adventure? You made yourself out to be a free spirit who jumps from one moment to the next with no hesitation. Yet you sit here, planning everything right down to when I can take a piss.” He lets out a laugh that makes my blood boil. “When are you going to let go, Erin? When it’s too late?”

“I asked for someone adventurous to come with me,” I retort, my face warming. “I never said I was.”

“Then you want me to push you,” he replies with a smirk.

I sigh, because as irritating as he’s being, he’s right. I can pretend all I like that I made the wrong decision choosing Cade, but the truth is, he’s exactly what I need. And the fact that he knows that annoys me even more.

“I’m going to get a drink,” he mutters, grabbing his jacket. “Can I get you anything?”

I shake my head and don’t look up from the phone I’m pretending to study. I wait until he’s out of sight before I toss the phone on the seat beside me and sigh. The truth in his words cut me to the core. He’s right. But how can I let go of the only thing I have control of? It’s easy for him. He’s probably never been in a situation where he feels like he’s lost everything. I close my eyes and rest my head against the window, watching the trees race by.

This whole trip is a stupid mistake. I should be at home with my family and my friends, not halfway across the world with a stranger who doesn’t understand me. I was so scared of wasting the time I have left, and now I feel like I’m doing exactly that.

Cade is right. I’m not the girl who cares about buildings, or museums. I’m about my family. My friends. About being with the people I love. I’ve really fucked this up. Blinking back my tears, I stare at my google search; what to see in Italy.

Too bad the three things I want to see most are back home.

Below are the links to the other books in the series.

And this GORGEOUS COVER!!!! 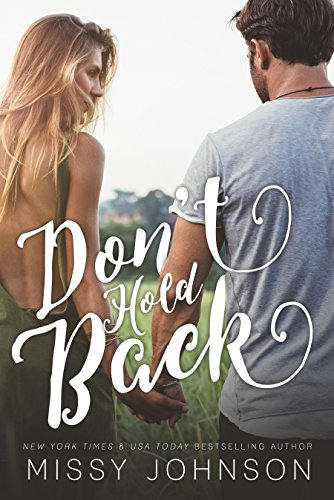