Kelli Maine has been posting a steamy little mini-series on her blog entitled “Dolls & Doms” and she is releasing the first novella! I’ve got a cover reveal, PLUS a link to the dream cast right here (it’s like it’s own little mini-movie)!! <— OMG this is SCORCHING HOT! The perfect song, the perfect cast, the perfect little teaser!! Kelli says:

“…it’s a novella I write in episodes of about 1k words. The novella includes the first 20 episodes and about ten more that haven’t been on the blog – they’ll only be in the novella.”

Movie star Alistair Ingram strolled into Dolls & Doms private men’s club in Las Vegas for his bachelor party and limped out with a torn shirt, red welts covering his chest and a broken engagement splashed all over the pages of every celebrity magazine in the country.

With Alistair’s manager breathing down his neck and Black Betty’s abusive ex-husband alerted to where she’s been hiding for the past ten years, there’s only one thing to do:

And get the hell out of Las Vegas.

But the real ruse is on Alistair and Black Betty, because despite both of their best efforts, they’ve gotten under each other’s skin. Can their explicit dance of domination and submission end in anything other than disaster?

What’s Kelli giving away? A Dolls & Doms tank top and the e-book novella! Check out her blog to enter. 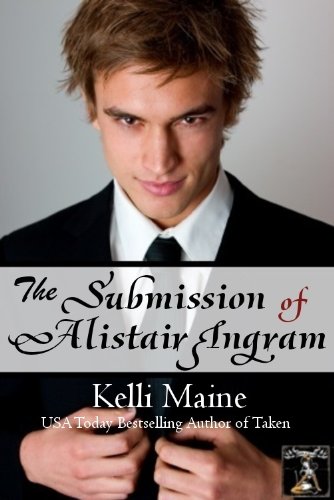 I LOVE Kelli Maine and The Bethany Alistar story is AMAZING!!!!!! Cannot wait!!!!!

I’ll be buying that! Thanks.

Fan made book trailers and dream cast clips/videos can soooo influence the reader…I can tell you right now, I am so reading this…it looks UBER SEXY…and Kelli Maine has yet to disappoint…love her!!!

Awesome can’t wait to read it!!

OH, GOOD GADSSSSS…Kelli Maine just rocks my world with her Dolls and Doms. I can’t wait to read these novellas.
Thanks for sharing with us.

Sooo can’t wait to read this!!