Some of you have been wondering what happened to my “FanFic” post, and I’ve decided to… put it on hold. When I first posted it, I was barely even a quarter in (yup, it *gets to you* that fast). I was thinking, “Wow!! I gotta tell everyone!” I was a reading machine for a couple of evenings late into the night (it’s super long), and happily turning into a reading zombie, and then, I hit a few chapters that… left me uncomfortable. So I’m taking a break.

But in the meantime, I’ve found something else that is very cute so far, (thanks to a few recommendations), and I figured I needed another “light and airy rock star read”. It hasn’t completely consumed me yet, but I’m only a quar

ter into it, and I’m already delightfully irritated with Will and Lizzy’s relationship, (even though I’m in full eyerolling mode with Charles and Jane). It’s called Fitzwilliam Darcy, Rock Star – Yay ROCK stars! Cause it totally is!!

So while I get back to reading and reviews, here are some author tidbits to get us in the mood 🙂

In celebration of Barrons’ birthday, we’re postponing the dream cast voting for next week and holding a special contest instead called: Show us your Mac!  And we don’t mean your computer.

To enter: dress up as pink or black Mac, and have someone take a picture of you. Then on Monday October 24th, and Tuesday October 25th, you can post your best picture on KMM’s FB page.  Please only one entry per person. Karen will select the top 10 and we’ll post them for voting on Wednesday morning. The photo with the most ‘likes’ by Friday at noon EST wins.

“I’ll definitely talk more about REBEL SPRING when I get the book written and I receive the cover art. But in the meantime — Hooray! I’m a happy girl.”

“Need a quick refresher on Feral Warrior books 1-5 before Ecstasy Untamed comes out next week? I’ve loaded complete synopses of each of the books on my website with spoilers. (These are not for those of you who haven’t read them, yet!).”

“More good news for Eugenie fans. Shadow Heir’s release got bumped up a week to December 27. Save your holiday gift cards! :)”

About the length of her Night Huntress (Cat and Bones) series: “But, there is a firm finish at nine.”

Ruh Roh!!! Look!! We’ve been (okay… I’ve been moping a bit about the loss of excitement between Cat and Bones. Look what she said about that —> “Their external circumstances leads to internal pressure. Their relationship is definitely going to be tested in the next few books.”

Wooo hooo!!! The last time she said that, I was at the Romantic Times Convention at her author’s panel discussing the upcoming Cat and Bones (a couple of years ago). And guess what happened? That other vampire husband showed up in that book!! And you remember how awesome (and how utterly livid) Bones was, right?

Ohhh she said Home for the Holidays is a long short story – half the book (as found in The Bite Before Christmas) and there is a HUGE reveal in it about Bones!! 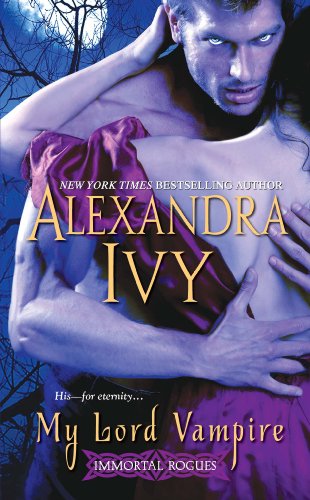 Ohhhhh, Maryse……I take it all back……..everything I said about the latest Cat & BOnes book I read….I changed my mine really I am ok with it now there relationship being steady and all that warm and fuzzy ……….I need them together …..not sure if I can handle al that intense roller coaster heart in your throat crap……….they need to “do it in the truck” do you hear me Ms. FRost in the truck!!!!!!!!!!!!!!!!!!!!

ohhh we can’t forget #1 blazzing balls super hot vampire Ian…..crap…I think we might be in for a ride…….I better go stock up on “dramamean” ( hahaha just thought that one up) because I am likely to make my self sick……

Hey Maryse, Let us know what you think of that fitzwilliam darcy book. I started it, but it just seemed SO convenient that there were 3 of them and 3 of the girls and I kinda lost interest. I was thinking the author should have made 3 books.. one for each, but, maybe I quit too soon? (and lol, hoping I’m thinking of the right book, too)

Aargh, I’m still stuck on the book where the other vampire husband shows up. I put it down and haven’t been able to pick it back up even though I’ve read both of the Night Huntress World books.

Sara, you got it!! Definitely will review… it’s mostly eye-rolling for me as of right now, but it’s an easy read for sure! And yes… how convenient, huh? LOL!

JenM – why are you stuck there!? That is one of my favorite books. So much tension and turmoil and angst… you must read it!

What do we call men who are a sexual tease…???????mhhhhmmmmmm Ian yes that’s it……I know I can’t wait either lord I am hoping that man gets whipped (the kind without any props teehee) cuz a man he is……sighing………