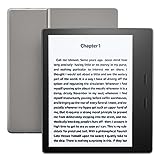 PREORDERS (just a few highlights of those going live at midnight!!!

Good morning! A Charm of Finches has me mesmerized, just as I knew it would!

Good morning my friends!!!!!
Is everyone ready for Halloween? I have my cool floating light/laser ghosts spooking up the front of my house. 😀 I love those things!!!

C m owens is releasing book 2 of the Wild ones series….it should be available from Tuesday!!!!

I AM TOTALLY NOT READY FOR HALLOWEEN MARYYYYYYYYYSSSSSSSSSSSSSSEEEEEEEEEEEEE!
We’re supposed to close on our very first home tomorrow, yep on Halloween! We are still waiting for the sellers attorney to get back to us and WE DON’T HAVE A SET TIME YET…….YEP I’M FREAKING OUT!
Oh and good morning lovelies….

Ela! Congratulations!! *tosses all of the glitter* that is so exciting!!

Congrats Ela!!! Is it the last one you sent me?

I think so Robin…
Thanks ladies! So it’s looking like there won’t be any closings tomorrow….

Oh nooooooooo!!! why not?

So here’s the scoop….Attorney is being very cautious (which i love) and we have not heard back on our requests from sellers attorney. While on the other side, agent and mortgage guy are pushing to close close close….

Better to be safe than sorry… But I get it.
Oh and for all of my girls… Happy Devil’s Night! *tosses more glitter and confetti* and *runs to grab my mask*

Yes I def agree with Grey! Safe is good

Sooooo it was just yesterday that I was scared it would snow on Halloween… it didn’t snow -yay
BUT did this instead…
https://www.google.ca/amp/www.cbc.ca/amp/1.4378076
WTF!!!!!

OMG Kooloo! I think I would rather have the snow!

Ela, good luck! I know the stress and drama with real estate. Fingers crossed it will all be over soon.

Good luck, Ela! My brother, sister and I just went through all of that with my mom’s house a couple of weeks ago, so I sympathize!

Congratulations Ela!!! As scary as purchasing a home is, it’s also the most exhilarating feeling (at least for me it is) knowing it is YOURS. 😀
bev…book is locked and loaded and ready to start tonight. After I work on decorating the outside of the house, that is. 😉

Fault Lines is MINE.

Leslie I mentioned it in my status update, but in case you don’t see it, have you read My Soul to Keep? I’m **finally** reading this and I think it meets your swoon-standards. It is super slow burn though.

Lauren Gilley who wrote the Dartmoor series has a new book out today called Sons of Rome. It’s PNR and is set in Russia. I’ve been waiting for this book!

OMG Robyn. I’ve been waiting for White Wolf (Sons Of Rome) as well. Didn’t know it was out yet. Thankyou! I hope it’s a good as the Dartmoor books.
Ela, how exciting for you. Hope the process goes smoothly.