X
You are here: Home / News / Latest Book Releases / L.A. Fiore & Anthony Dwayne’s “Ring Around the Rosey” is LIVE, and we have an exclusive excerpt & a giveaway!!

<— ROMANTIC SEXY SUSPENSE THRILLER ALERT!!! Ring Around the Rosey is LIVE and it sounds SO steeeeeeamy, and *ahem* that excerpt (below) pretty much confirms it. *blush* AND!! It’s available to read on KU, too!!! The authors are this week’s newsletter sponsors and to celebrate their new release, they sent over an exclusive excerpt and an awesome giveaway!!!

Theresa: Just started book. So have not got to steamy parts yet. But so far it is so good. A mystery murder story leading us on. So suspenseful at this point. Gotta keep reading. It was 2:00 am last night when I had to give up for the night.

Jennifer: I just started Ring Around the Rosey and man oh man it’s sucked me in!!! I can’t wait to see where it leads but I have a feeling I’m going to be terrified, mesmerized and in need of a cold shower all rolled into one . I’ve been sucked in since page one. It’s for real getting juicy and creepy as heck!!!

After tragedy rocks the small town of Danville Creek, best friends Emma Blake and Branch McKenna are ripped from the only homes they’ve ever known.

Twenty years later, they are called back to… Rosey Plantation.
A getaway shared by their parents and… the place they were all found dead.

As they get the house ready to sell, they uncover clues to a game—a handcuff key in a trinket box, eye bolts anchored into the basement wall, silk bindings in unusual places—and discover it wasn’t a retreat but a place to play.

Some say ghosts can haunt, but when the danger becomes real, they find themselves racing against the clock to find the killer among friends before history repeats itself.

Are you ready to play, Ring around the Rosey?

They all fall down.

GAH!! That blurb definitely gave me a jolt so I had to know more!

Maryse: Is it a thriller? It sounds SO good!

And now for the exclusive excerpt (AND I MUST WARN YOU…  it is STEAMING HOT – and I mean blush-worthy!!) *waggles eyebrows* 😉 :

Ring around the Rosey

“Against the wall.” Branch demanded lowly.

A chill brought on by both nerves and excitement moved through Emma even as she soundlessly obeyed and moved to the wall.

He watched her and when her back was to it, he told her. “Raise your hands, above your head.” He never took his eyes off her as he bent to grab the handcuffs.

There was the slightest hesitation in her, but he saw it in her eyes…the trust and the love as she slowly obeyed and raised her arms. Branch circled her wrist with one cuff, then the other, leaving enough room so he could fasten the cuffs to the bolt.

He pulled on them, checking the security, then stepped back. He went to the furnace and snatched the glass and bottle he had placed there that afternoon. Emma silently watched him, following his every move. He unscrewed the bottle of Jack and poured a two finger shot into the tumbler. Placing the cap back on, and returning the bottle to the top of the furnace, he looked to Emma.

“So,” He drawled, sauntered to the wall across from her and leaned against it, crossing his ankles, as he took a sip of the amber liquid. His voice rough when he whispered, “What do you want, Emma?”

She held his gaze and replied softly, “You.”

“Do you, now?” He asked in a cynical tone but answered the question he shot at her. “You had,” He paused took a gulp from the glass and went on. “From the moment I met you. Now,” He pushed off the wall, finished his drink and tossed the tumbler toward the other side of the room. The sound of shattering glass echoed in the dank space.

Uncertainty crept into Emma’s gaze but he blocked it out, focused on what he needed to do. And when he reached her, her head went back to meet his gaze. Pushing into her, they went nose to nose, then he asked again. “What do you want, Emma?” His finger started at the top of her chest, and as he moved it down, he popped every button as he went, the sound of ripping material filling the silence.

The back of her eyes burned, her fear growing because something was wrong, and as much as she wanted this to stop, a part of her didn’t. Her voice broke when she said again, “You.”

The cotton of his shirt was parted, teasing with hints of her body. His finger trailed along her pubic bone, then up, passing her belly button, slowly, deliberately, Branch kept going.

His voice was heavy when he asked, “Why?”

Desire clouded her eyes, her voice hoarse when she breathed, “I love you.”

His finger hit the base of her throat, he opened his hand and circled her slim neck. Holding her eyes the whole time, he saw a touch of fear.

He released the hold on her neck, and gradually ran his index finger down her warm body, feeling the softness of it under his digit. Down the underside of her breast, he continued the path until he landed between her legs. He slipped between her folds.

“So fucking wet,” he grated out lowly.

She moaned and pulled against her restraints.

Hungry eyes held his as he took the digit into his mouth and sucked her off of him. The sweetness bursting on his tongue.

Emma fisted her hands, and wanted so badly to touch him, wanted more to stay bound and at his mercy. The darkness she sensed in him only turned her on more because this was Branch and he loved her and she trusted him to take her wherever this was leading.

He stayed where he was, and took in the beauty of her, willing and on display for him. His cock was so fucking hard, straining against his jeans. Branch undid the button, then pulled the zipper down, dipping his hand inside.

“You have any idea how fucking beautiful you look right now?” He whispered, his breathing slightly heavy as he worked himself.

Her eyes moved to his hand, as she ran her tongue along her lower lip before she purred, “Probably about as hot as you look right now.”

*wooooooooooooo* *fans self* Whoa. It just gets steamier from here. 😉

Now time for the giveaway:

The authors have something special for one lucky commenter here!

How to enter for a chance to win it? Just leave a comment below (or better yet, tell us your favorite “steaming hot” story) and by 10pm EST, Sunday June 2nd 2019, I will randomly select one lucky commenter as the winner.

The winner will be contacted and will have 48hrs to respond confirming their mailing address, so if you are picked, do not delay or you will lose your chance. The prize package will be sent to the winner directly by the authors. 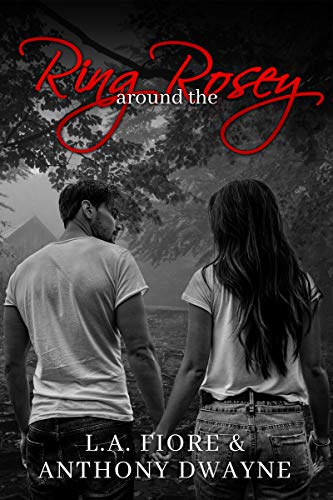 Just started book. So have not got to steamy parts yet. But so far it is so good. A mystery murder story leading us on. So suspenseful at this point. Gotta keep reading. It was 2:00 am last night when I had to give up for the night.

Thank you for a chance to win.
Of course my choice is “Fifty Shades of Grey”

This is on my TBR list I could not get over the cover it is amazing I just absolutely love it. If the scenes are as steamy as everyone says they are then I cannot wait to devour it. Thank you for the opportunity to win this.

My favorite Steaming hot story: Keeping Lily by Izzy Sweet and Sean Moriarty
Gosh those scenes are so hot that sometimes I worry my kindle will melt.

I have this on my TBR after falling in love with L.A. Fiore last year, plus her last name rocks (my maiden name, no relation). This sounds amazing.

It’s so cliche but I love FSOG, however, my recent hot and steamy lovefest goes to CM Stunich’s Rock-Hard Beautiful series. Scorching!

What a fascinating book! Great excerpt. I’d love to read more. My favorite hot story is the Lords of the Underworld series by Gena Showalter.

I would love to receive this book!