<— Oh… this? *grins* Just an early-bird release that made me *squee* when I read the blurb. The cover? No that didn’t catch my attention at all. LOL!!! And once I saw all of the earlybirds and a few super-sales, I knew I had to dedicate an entire post to today’s fun surprises. No better way to kick off a new week (and start out a Monday) but with awesomeness… right?

And we have some that look plenty perfect, below! A few for all reading moods, especially mine right now. My next reading spot is open. I can choose from my TBR list, or I can… choose that one over there to the left. 😉 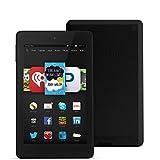 SUPERLY DISCOUNTED PRICE on this KINDLE FIRE!! Certified Refurbished Fire HD 6, 6″ HD Display, Wi-Fi, 8 GB – Includes Special Offers, Black (and it’s only on sale today, and I’m assuming only while supplies last, ’cause one of the latest daily deals I wanted… a ROOMBA, I missed out on ’cause even though it was an all-day sale, they sold out an hour after I found it). *sigh* I’m silly. Speaking of which… here are all of TODAY’S AMAZON DAILY DEALS

’cause I just saw a whole Paperwhite bundle in the deal mix, AND Dysons. No Roombas, though. *sniff sniff*

I think you got thr wrong link on #1 Maryse. Lawless link

Holy crap, that cover of Lawless is smoking….literally and figuratively! Lol!

And the Tarryn Fisher new book and cover reveal had me jumping up and down in my chair!

*whoooops* Theresa the wrong link? Where was it going to…? I just checked and it seems okay, but maybe I need more coffee.

Ahhhh I had the reading order going to a reader question. 😛 *snort* Thank you for pointing that out. Fixed!! I hope. LOL!!!

That woman is going to be the death of my poor heart. And I’m going to relish every excrutiatingly wonderful moment of it.

Chasing Memories sounds intriguing! I love how the blurb gives just enough info so that it stays pretty vague…exactly how a blurb should be!

Does anyone know the release date for F*ck Love…..been trying to figure that out all afternoon! I love that Tarryn writes “outside the box”…..you never know what you’re going to get!

Angel’s Share – Bourbon Kings book is up for pre- order. July 26. I know way out there, but the first book had such a cliffy I for one am dying!
River Savage has two more books per Goodreads coming out in Kinght’s series and in October, new series, Men of SWAT. Such goodies to be watching for. Wish Karina Halle would pop the surprise novella.

Lawless is a for sure buy for me. Reviews say better than King & Tyrant? Wowza. And it’s Bear’s story. Remember him? He sooooo deserves a HEA. Can’t wait. My gritty read for the week. LOL.

Michelle- think I could read Lawless only without the girst 2 books are better to read in order? Did you read the priors?

Lawless will be a must read for me. Bourbon kings will be on Hubby’s birthday…happy birthday to me…ERM, him…

A new Tarryn Fisher you say, omg… pretty sure my amazon account is preauthorized to buy her books without even checking with me *shrug*

Thank you for finding that one, Theresa!!! 😀 I just posted it. *happy dance*

I can’t WAIT for Tarryn Fisher’s book. That sounds PERFECT.

I wanna know too, guys. Can we read Lawless if we haven’t read the others?

If you want to read the first two books before Lawless, they are available for free in a two book bundle with Kindle Unlimited. So excited when I stumbled across it!

Oooooh. Ladies, the cover model for Lawless is Josh Mario John – and trust me, his Instagram is worth a look!

Are you liking it , Grey?

Theresa I LOVED Tiffany Snow’s Kathleen Turner series! Kade Dennon is one of my top book boyfriends! God I love bad brooding boys with a tender heart! *swoon* The first book in the series starts out a little slow which saddens me because it turns some people away. However, I find that with long series, most first books are like that, it kinda sets the scene. Don’t you think? Be that as it may, once the series took off it was one heck of a great ride! Ms. Snow can really pull off a great love triangle! I love the angsty push and pull. I love romance/suspense books. That was one series that I DEVOURED in a short period of time. And! That’s one of my very rare re-reads. Have you read her new Risky Business series? OMG! Just as good AND another fantastic love triangle!! Love it when a book plays with my mind and heart! 😉 Be forewarned though that the Risky Business series isn’t complete yet, so there is a cliff hanger. :-/

Whoa, whoa, whoa…Lawless is part of the King and Tyrant series?? I still need to read Tyrant after King’s CH *side-eyes MichelleS* and then I might have to give Lawless a shot.

Cristina! *squeals and claps* You are in for such a ride…my heart STILL clenches for those two! I’ll clean my snuffle off the stuffed manatee so he’ll be ready for you. 😉

Christina. Yes read Risky Business, but it is similar.
I guess I better move up Tristin on the list.

Whoa, Tarryn Fisher scares me, but can’t wait to read the new book. The big question is when is it being released?

I’m assuming you could read Lawless as its own story without having read King & Tyrant. Just know he was brutalized pretty badly. I think you always enjoy someone’s story better when you get to know him a little (Acheron is my case in point), but I haven’t read this, so it’s probably an okay stand alone. He’s not a huge character in King. Can’t wait!!

Does anyone know if Lawless is a standalone or will there be a book 2 for Bear??? Saw a review on GR of a friend saying she can’t wait for the next book.

Amy – Thanks for lending Snuffle to me! I’m about 80% in the first book and it’s getting intense!

Anne Bishop’s Marked in Flesh is coming out March 8th. OMG Simon better get a move on.

I just finished reading Chasing Memories by Ellie Wade. It was good, it really was. However, since I read one almost exactly like it a few weeks ago I had a hard time connecting to the story. 🙁

Samantha yessss!!! That blurb did sound familiar to that one from a few weeks ago!!!

Also, Lauren Dane’s Coming Back (Ink and Chrome) book 3 came out too!