Darkest Perception: A Dark and Mind-Blowing Steamy Romance <— DARK ROMANCE ALERT!! This one JUST WENT LIVE, it’s super-bargain priced (only for now – it’s a “new release special” ) & it’s on KU!! This sounds like a book after my own heart, when the author told me the feel of the story was “angsty and dark.” <— GASP!!!

That’s for me!!!
After losing everything, she had an offer that she couldn’t refuse… 😉

“I was young, innocent, and looking to start my career in psychology. However, it turned out I was in the wrong class, with the wrong professor, at the wrong time. One decision to become an apprentice changed my entire life.
After being left with nothing, including my true identity, money, family, and friends, I was evicted from my apartment. I knew I’d have to run and hide while struggling with starvation, but then a shady job offer became an appealing option in the midst of my desperation.
I was fully aware of the risks involved, but I’m well versed in reading people and assuming their intentions. Therefore, I was confident I wouldn’t end up being that woman who ran into a trap, decorated with luxurious accommodations and high-class amenities. I also wasn’t the type to reach for bait disguised as a gorgeous man with lust pooling in his eyes.
As it turns out, though … I was wrong about everything—almost everything.
I fell into the rabbit hole where nothing was as it seemed from the outside, and I had no clue I was the puppeteer of it all..”

Yep. Blurb jolt for me!!
But… that’s not all. The authors gives us a bit of introspective in her experience writing this one. 😉 I lovvvvve juicy tidbits!! I asked her for them, and boy did she come through. 😛

As for the juicy tidbits, let’s see:

1. I started sharing the first few chapters of Darkest Perception with readers a couple of years ago since I planned to do a weekly chapter on my website. I thought it would be fun to ask for feedback and opinions from my readers about where the story should go. With their opinions, the story developed into a much larger plot than originally planned, so I decided to turn it into a full-length novel.
2. I had to do a lot of research on interrogation methods, which was a bit scarier than I imagined it would be. However, this is why I love writing … I get to learn something new everyday.
3. I was about halfway through the book when I started watching the show, Blindspot, and Sullivan Stapleton (yum) reminded me so much of one my main characters, Axel. He became a great muse for my character development. I guess I’m a softy for the tough, brooding, quiet, and passionate type. Oh and super hot. Although, after some debate with my early readers, Axel is younger, so we went Scott Eastwood as Axel’s p physical look-alike ;).
4. There is a psychological component to the story, and as I was writing, I began to wonder if what I was saying could be true (in real life). As an author, I always root myself within my characters, and sometimes I go too far and scare myself haha. I definitely had some fantastic nightmares while writing this book.
5. The original idea for Darkest Perception came from my hubby. He was shooting out all these crazy ideas to me and I totally glossed over with confusion at first. I told him I didn’t think I could write such an intense story, but he pushed me to do it because he wanted to see what I’d come up with. That’s why I started with the weekly chapter episodes on my blog. After I decided to turn into a full novel, I shared some of the new chapters with him, which was when he kindly let me know that I took his ideas a little too far and he was scared to sleep next to me that night haha. That was probably the best form of encouragement to continue on :).

LOL Shari!!!! You’re poor, yet encouraging husband!!! Forever sleeping with one eye open. 😉 And I LOVE that you gave us some “hints” as to how you envision who your characters look like. I always appreciate a little boost in that way. Helps me sink in to the story even more.
P.S. I’d love to hear of a nightmare or two (Hey, I can’t help my need for adrenaline rushes and creepy stuff), but… maybe we’ll save that for our Halloween feature. 😛

Now for the giveaway!!

How to enter for a chance to win the signed book and gift card? Just leave a comment below (and… better yet,  if you ever had a story stick with you so hard you dreamed about it, let us know!!) and by 10pm EST, Sunday May 20th 2018, I will randomly select one lucky commenter as the winner.
Also, while not necessary to enter, it would be awesome if you’d share this giveaway on Twitter or Instagram, or Facebook.
The winner will be contacted and will have 48hrs to respond with a mailing address, so if you are picked, do not delay or you will lose your chance. These books will be sent to the winner directly by the author.
Giveaway open to U.S.!!! (However all are welcome to comment)


Shari J. Ryan is an International Bestselling Author of heartbreakers and mind-benders. Shari was once told she tends to exaggerate often and sometimes talks too much, which would make a great foundation for fictional books. Four years later, Shari has written eleven novels that often leave readers either in tears from laughing, or crying. 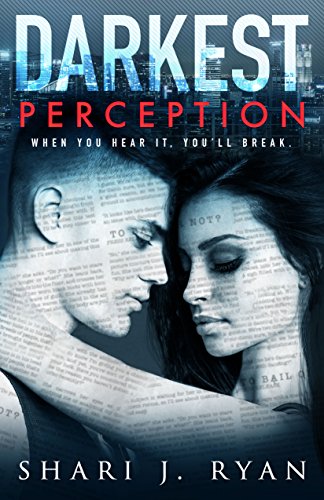 Awesome giveaway! No dreams that I can remember, but thanks for the chance to win anyway!

I’ve read a few of Shari J. Ryan’s books and loved them and this one definitely has my curiosity peaked, can’t wait to read it!!
Maybe not a nightmare but after reading Garden of Goodbyes by Faith Andrews I couldn’t sleep comfortably for days, would wake with the story running through my mind and my heart so heavy *don’t want to get myself thinking to much about it again, I need my sleep LOL*.
Thanks so much for the chance!!!

This was such a Great Twisty read!! Never saw the Ending coming!!
I’ve had a few books stick with me so much I’ve dreamed about them.. Especially books like Darkest by , where you’re constantly running scenarios through your head on what’s going to happen next..

Yeah. Just discovered I have one of Shari Ryan’s books on my Kindle (Last Words). I will have to read it next!! The one book that gave me a nightmare was the book Butterfly Garden by Dot Hutchinson. So creepy!

Yes; I have after reading a few of Tarryn Fisher’s books (like “Mud Vein!”). I felt like that book stuck with me for a few weeks after I was done.
Thanks for a chance at this awesome giveaway!!

Arsen by Mia Asher!! That book still haunts me!!! Dreams and all!! Thanks for the chance!

I loved Darkest Perception!! Thanks for the chance to win a signed copy. I shared your Facebook post.

What a fun post, I love that your husband pushed you and then was stunned by where you took DP! lol
One book I couldn’t stop thinking about was your last book Last Words. That book was so gripping and emotional. I loved it!
Congratulations on the release of Darkest Perception!

No dreams yet! Thanks for another amazing giveaway!!

I haven’t dreamt about any story. Shari talking about hubby being scared to sleep next to her made me laugh. I am intrigued by the blurb for sure!

Cannot wait to read!! Thanks so much for the giveaway.

Thanks for the chance. Never dreamed about a book, but definitely read some I hoped I would dream about lol

Put in on my list. You really only want to pick one book that I’ve read about????

No dreams yet 🙂 Cannot wait to read this one! Thanks!

Indelible By Karen Slaughter. You don’t see where she leads you till it just guts you…..

So exciting!!!!! Jezebel and Mud Vein got me pretty good!