X
You are here: Home / My Book Reviews / Alternative / Book Review – Hear Me by Skye Warren

It easily skirts the line, and yet, I’d say is one of the easier reads in the genre. I wasn’t too taken aback. I didn’t find myself overly affronted. But considering some of my past reads, I may simply be a little more accustomed to the shock value, and may have anticipated more of it here. But I’m happy to say, I didn’t have to struggle too hard with myself over it. Some shock value, definite entertainment, but without whipping myself for enjoying it, like I’ve been known to do in the past.

Don’t get me wrong. While this one might not be too crazy, it definitely had a few twists that had me frightened, soothed and then frightened again (a few things I didn’t see coming). But I loved that! I love the thrill, that fear factor, the taboo, and the potential HEA that had my husband squirming in discomfort when I told him about it as I was reading it. Yep. He was looking at me with that raised eyebrow. No worries, husband. In real life, I agree… that’s just so… not. LOL!

But in book life, yes, bring it on. Every once in awhile I love that jolt of adrenaline, and my crazy thought processes as I try to assimilate/accept/anticipate this “way of life”.

“She” (for now, we’ll leave it at that), has been imprisoned, beaten, horribly abused in ALL ways and has been living in a cell, next to others just like her. She has been tortured and trained into extreme submissiveness and her only focus, now, is to live. Nothing else, but to remain alive.

There was always a sense of achievement in waking up, in knowing she’d lived through another day. She allowed herself a portion of pride. She had beaten them for one day more.

Of course, the morning was always the high point.

Every day it was the same. Bruises upon bruises. Welts upon welts.

Her past has faded from her memories, she does not speak, ever, (can’t?), and she doesn’t even remember her name. She has no recollection of her former self.

At some point, her previous life had slipped away from her, like an old skin that no longer fit. She knew better than to try to remember. If whatever she had known or believed before threated her survival in this life, she was better off without it.

The women who clung to their old identities suffered more. They fought until their last breath, finally mastered by their own stubbornness.

And one day, the opportunity to escape presents itself, and she runs. Weak, and malnourished, bruised and aching, she loses consciousness only to wake in a comfortable bed, with windows, soft sheets, and gentle scents soothing her. She loves her new cell.

And when a hulking male feeds her delicious bread, brings her clean water, and (mostly) handles her with gentle ministrations, she knows she will do anything for this Master. Anything so that he may keep her, and not return her to her life of vicious cruelty that she just escaped.

Thing is, he’s not interested in keeping a “slave”. In fact, he’s appalled at what has obviously been done to her, and his only goal is to bring her back to health, mentally and physically, so she may return home.

God, she would do anything. Please.

He gently pushed her hand away.

She wanted to live. How pathetic.

Tears fell in hot tracks down her cheeks.

“Someone really did a number on you, didn’t they?” he asked.

At his word, she looked into his eyes. Amazingly, they were filled with something like understanding.

And that’s where I’m ending it. Because you know what? There’s so much more to it. You’re feeling soothed right now, aren’t you? Awwww…. this crazy read might be nice, right?. Yep. It might be. Then again… be forewarned. 😉 Hehe.

Either way, if this kind of story intrigues you (shock value and all that), I’m certain you’ll enjoy it like I did. Just short of 100 pages, but it held ME captive (willingly), for hours and I was thrilled. Short, yes, but achingly detailed, beautifully written, and just so much to experience. So worth the read.

This book was sent to me by the author, and I must thank her profusely for the experience. And, for holding my hand those few times… hehe. *grins* 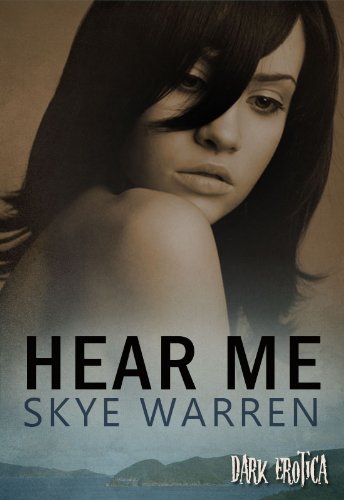 Hi Maryse!
I read this as well and loved every moment of it! The first two in the “series” are also awesome. Keep Me Safe and Trust in Me.
Trust in Me was my absolute favorite though. Girl is sex slave and boy from childhood comes to save her blah blah blah etc. Lol, it’s good!

I just read Big Sky which is the new release by Kitty Thomas. I enjoyed this because I know her writing style so I know what to expect and what not to. I find her books are exceptionally written but yes, they are dark and usually lack a HEA. There is some shock value to this one!

Have you heard anything about Devoured by Emily Snow? It’s a new release on Amazon and has a rock star! Thanks for taking the time to write your awesome reviews!

wow seems like a great read considering the abuse she went thru.I will check it out.It’s already got me interested.

Can this book stand alone or do you need to read the other 2 in the series first?

I haven’t read the others yet and had no problems with this one, but now I’m certainly curious about the others… Good question!

Okay I just read the synopsis of both the other books and the characters listed there are not in this one, so I believe they are all stand alone.

I just finished Devoured – absolutely loved it and can’t want for Consumed to come out. Hopefully only a two month wait. I hate waiting for books 🙁

I loved Devoured by Emily Snow also. I just wish it was a little bit longer. I am definitely looking forward to reading more of her stories when they’re available.

Hey Maryse – I read the other two books and they do run together with sideline characters, but can totally be read alone. Just started this one. Love Kitty Thomas so Thanks! Stacey for the recommendation on Big Sky. Her ‘Last Girl’ is one of my favorites.

Thanks for the review on this one, Maryse! I’m still not quite sure what I think about the ending, but I really enjoyed it. Comfort Food is up next! 😉

I think this is actually book 3 of a series…?

Keep Me Safe is Book 1, and then Trust in Me is Book 2 of her Dark Erotica Series….

Duh, I didn’t read the comments before I commented. Sorry ladies, the above has already been covered. It’s been “one of those days”…

Yup, I just got done reading the “The Captive in the Dark” series too, I’m in a dark read kind of mood now. Read “Slave” and it was just eh. Not enough for me to want to read “Need” (yet anyway), reading “Comfort Food” and this one is in line next.