A Rush of Wings: Book One of The Maker’s Song
Wow! I have just finished the book, and it was an exhausting but exhilarating trip. Thank goodness I already have the second book in the series. It brings me some comfort in knowing I still have more time with these interesting characters. I’ve just got to know what’s coming next!

This book was a definite change of pace in reading material. Although it does have a “romantic” subplot, I would not consider this a romance novel (at least not like the ones I’ve been reading). The core of the story delves into twists and turns of all sorts. It basically played out like an action movie. Tons of unrelenting danger from the get-go. So much so, that I NEEDED to put the book down every once in awhile for a breather. On occasion, my impatience got the best of me, and when I realized we were about to embark on yet another struggle/battle, I would take a break.

The story is about an FBI agent (Heather Wallace) who has been on the trail of a serial killer, and winds up in New Orleans due to his latest victim. She questions the elusive underground “rock star/club owner” (Dante) and realizes that he is not the suspect, but a potential target. While “protecting” him, she becomes immersed in a supernatural world that she didn’t realize existed.

“Go to my car, get the file and take a look; you’ll see Dante for the monster he is.”

Heather turned, hands grasping the counter behind her. Stearns scooted his chair around so he could see her.  His face went blank at what he saw in her eyes.

“Monster? I saw monsters tonight,” she said, voice husky, strained. “Two of them.” The memory of Jay lying in a pool of his own blood burned bright in her mind. “Dante may not be human, but he’s no monster.” She locked gazes with Sterns. “I’d stake my life on that.”

Dante is haunted by a forgotten past, struggles with the good and possible evil within him, and with each chapter of the book, and each face-off with an enemy, it is revealed that Dante is more then what he seems. His own reality disintegrates as his protected past is brought to light, and threatens to tear his world apart.

Dante said, voice near a whisper. “I don’t want you here because I’m scared of what might happen to you. Of what I might…what I…could do-“

I did experience some difficulty following roughly the first half of the story, simply due to all of the characters we were introduced to. Layers upon layers of bad guys, all with different motivations. Each character had a story of their own and at some point, all of these stories begin to intertwine and suddenly the novel makes sense, allowing the development of revelations to complete the novel.

From vampires to villain FBI agents; they all get some action here! 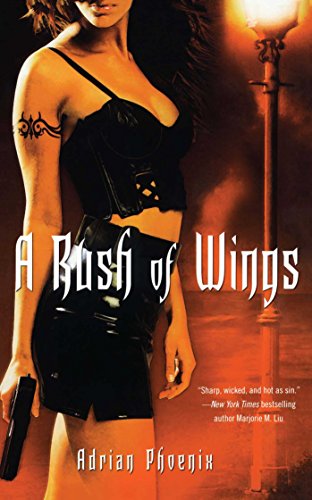