Amaury’s Hellion: Scanguards Vampires
Fun and sexy, but it didn’t “get me” as much as the first one did. In book one, there were misunderstandings and suspicions, along with a quickly developing deep emotional connection between the two main characters. It played out well enough, that even though they fell in love quickly, I believed it. When things got rough, the angst was real.

This one was an easy going read but I put it down. Amusing, some tension, lots of steamy moments, but  “lighter” on the butterflies for me.

Amaury works for a vampire run security company (one of their services include body guards for celebrities and the wealthy). Both vampires and humans are employed by the company, but it appears some of the human employee bodyguards are snapping. Killing the very people they are guarding. What’s up with that?

“As you all remember, over a month ago, one of Scanguards’ San Francisco bodyguards killed the millionaire he was protecting and then committed suicide. We thought it was an isolated incident. Unfortunately, with this second murder, which concerns another San Francisco employee, we don’t have the luxury of chalking this off as just an individual gone berserk. Somebody’s messing with us.”

While the vampire “heads” of the company get together to investigate the situation (something paranormal might be at work here), Amaury gets a surprise of his own. He is attacked by a stake-wielding human female who hates vampires and wants them all dead (sidenote: vampires are still “in the closet” in this series). Why is he so surprised by the attack? Amaury always knows when danger is lurking because he’s an empath (he considers it a curse) and he can “sense” all feelings around him (hate and anger too!).

How did he miss this very infuriated female (Nina)? Despite her desperate attempts to kill him, he feels nothing coming from her. No anger, no sadness, no emotion whatsoever. Actually, for the first time ever, he feels peace. Being around her immediately eases the migraines that plague him and soothes his emotionally overwrought soul. He’s all too willing to deal with her murderous rage (hes a vampire after all, and much quicker and stronger then this tiny thing). Hate him all she wants, he’s not worried at all. In fact, he’s quite willing to go along with her hatred, as long as she unwittingly continues to ease his physically painful emotional burdens.

But what had really thrown him for a loop was the fact he couldn’t pick up on any of her emotions, which was more than a little unnerving and – fascinating.

So he finds ways to be with her. Follows her home, enters her home, tends to a few of her injuries (there is some licking involved. You know… vampire saliva and all that 😉 ).  He’s actually very sweet and attentive and soon learns that she’s avenging her dead brother. One that she has protected all of their orphaned life, and according to his personal notations, vampires were probably the cause of his demise. Disbelieving at first, her determination leads her right to them, and she pretty much throws herself head-first into a monster’s world.

So there you have it. Two mysteries to solve, and two main characters that have to set aside their differences (her hatred of vampires and his consorting with the enemy… ’cause she’s a wanna-be vampire slayer).

Plenty of dark-alley fights, the characters working both together and against each other, and of course, the disturbing pasts that they simply have to “get over” to find happiness. To be fair, he really did have something terrible to get over. I was all… “Whoa! I didn’t see that coming!”

But there’s a plus! It’s steamy.

“You know what happens to naughty girls?”

Nina looked almost innocent when she shook her short blonde curls, tickling his face with them. Her intoxicating scent wrapped around him. “No.”

“Like you? A flicker of excitement illuminated her eyes.

In fact I just found a note that I made in the book. Re-reading it made me giggle. You see, before “Nina” walked into his life, the only thing that could temporarily soothe his migraines was… you guessed it. Sex.

While his friends knew about his so-called gift, they had no idea about the pain it caused him daily and the things he had to do to keep his head from exploding. He didn’t want their pity.

They all thought he was a sex maniac out to screw every female he could get his hands on, just for the fun of it. In reality, without sex he would have gone on a crazed rampage long ago, killing everyone and everything in his path. Sex equaled survival – for him and those around him.

And in turn, I personally included this notation:

Awww see. This isn’t gonna be just a “gratuitous sex” book. The poor guy needs it. Its a life or death situation!!

But never fear. Even though just being near her soothes him (meaning he doesn’t need sex as long as she’s near him, to feel relief), they do frolic aplenty (much to the dismay of his “heads”). Double entendre? Maybe. There’s a certain scene… uhhhh never mind. I’ll let you figure that one out 😉 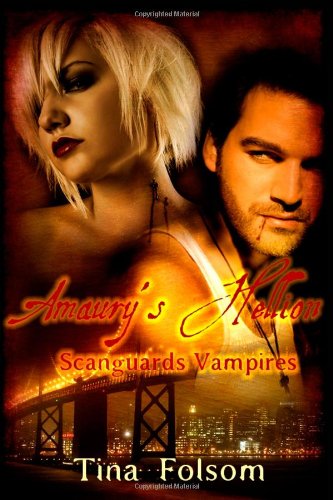