An Anonymous Girl: A Novel

<— Ahhhhhh TOTALLY MY THING!!! I just can’t get enough of these authors and I squeeeeeed and one-clicked it so hard when it went on sale. 😀 !!!! And while I still loved another one of their books more (The Wife Between Us – not related to this book at all), this one entertained my wicked psycho-stalker needs the whole way through.

Er…. I mean… wait!!! 😮 That came out wrong. 😉 I mean… not ME —>”wicked-stalker“. I just love a book where I get to be in an obsessed character’s head (and also, even more, when I get to also be in the victim’s head too). Sometimes there’s a surprise switch!

Creeped me out and feeling like I should be looking over my shoulder the entire time. Yep! Even when I knew what I thought I knew, I wasn’t always certain who the true bad guy was. I think psych-thrillers are the only ones that I really don’t mind a dual POV. ’cause even if I know what who the unhinged one is and what their thinking, the really great storytellers keep me guessing anyway. I rarely figure how it’s going to end. LOVE THAT!!!

Nay: Looking forward to hearing what you think of An Anonymous Girl. Quite a few of us got it from Netgalley and read it earlier this year.

Maryse: OMG my brain just clicked into a possibility in “The Anonymous Girl” I just put a few things together at about the **% mark. 😮 Eeeeeeeeep!! I bet I’m right. Don’t tell me though. OH NOOOOOOOOOO!!!!

Nay: Maryse—I’m pretty sure I did the same thing, but I can’t remember whether I was right or not…

Sometimes, there’s nothing better than the subtle insidiousness of a psych-thriller. How far will it go? Full-on psycho? Sometimes it doesn’t even matter, ’cause if it has messed with my head enough, it’s just as effective. Dealing with marital strife, and issues like infidelity and “the other woman” are captivating (and terrifying enough) in their own right, but not knowing how unhinged someone might be in the process (could be any of them) really has me going.

We all have reasons for our judgments, even if those reasons are so deeply buried we don’t recognize them ourselves.

Jessica is a make-up artist constantly trying to make ends meet. Supporting not only herself, but paying for her sister’s medical bills (albeit secretly) is taking a toll on her, but she loves her family and wants to help them any way she can. So when she hears about a psych-study at a local college…

Then I can’t help myself: “A questionnaire?”

Taylor shrugs. “Some psych professor needs students for a survey.”

I wonder what sort of questions are on the survey. Maybe it’s like a Myers-Briggs personality test.

…she sneaks in under the guise of being  a student.

She soon finds out it’s an ethics study, with some pretty dark and probing questions that would make anyone squirm.

Perhaps it feels strange to have someone probing intimate parts of your psyche in such a sterile setting, without disclosing why the information is so valuable. It is natural to shy away from feelings of vulnerability, but you will need to surrender to this process if it is to be successful.

Remember the rules: Be open and truthful, and avoid pivoting away from any embarrassment or pain these questions provoke.

If this initial query, which is relatively mild, unsettles you, then you might be one of the women who wash out of the study. Some subjects don’t return. This test isn’t for everyone.

And squirm she does.

But the money is good, and she keeps coming back (and learns a lot about herself in the process). Really gives herself over (even though she’s incredibly nervous exposing herself this way).

…what do I really know about this psychiatrist and his study?

Maybe it’s just being called a morality and ethics survey. It could be anything.

As well she should be. Behind the scenes (or should I say computer screen), the Dr. Shields has taken and incredible interest in Jessica, and decides to change the study.

What you revealed during your initial session, and what you didn’t intentionally reveal, were equally valuable.

A subtle theme began to emerge from your very first answer that set you apart from the fifty-one other young women evaluated thus far.

I’m stopping there!!! I won’t tell you anymore ’cause things are revealed slowly, both through the eyes of our heroine (her own guilt issues, mistakes, and what she considers right and wrong… and not such a big deal) and through the INCREDIBLY scrupulous eyes of the one interested (or should I say obsessed) in the results.

It was the question you didn’t answer, though, the one you struggled with as you scraped at your nails, that holds the most intrigue.

This test can free you, Subject 52.

Weaknesses are exploited, ethics are questioned (you will be questioning them too… and also analyzing yourself in the process).

When money and morality intersect, the results can illuminate  intriguing truths about human character.

People are motivated to break their moral compasses for a variety of primal reasons: survival, hate, love, envy, passion. And money.

It just goes to show that we ALL have skeletons in our closets. Some are just a little better organized, and don’t rattle as loudly. Ohhhhh, but when one little bone is out of place… it all comes crashing down.

Sometimes a test is so small and quiet you don’t even notice it’s a test.

Sometimes a therapist who coaxes out all of your secrets is holding the biggest one in the room.

4 stars! <— Kept me reading, kept me hooked, and while it wasn’t perfect (a bit over-the-top at times – a few of the characters really went out of their way for their own agendas – and it wasn’t the most jaw-dropping reveal in the world *shrug*), it was clever, entertaining and gave me chills! 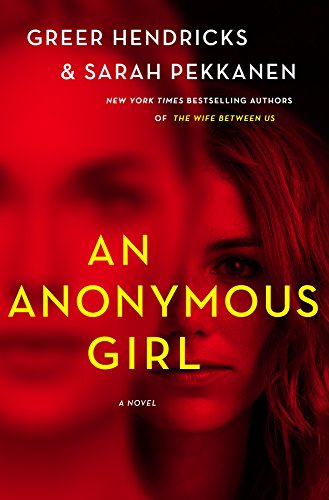