And Falling, Fly
I finished this book this morning and it took me many stops and starts before I could finally complete it. It was an interesting read, and the end did succeed in ultimately capturing my attention, but I’ll admit, it took some work. The story is eloquently worded, replete with symbolism, and no detail, no matter how small, was left out. While the writing style enriches the tale and gives it depth, I found it could also be distracting.

While I have come away with my own understanding of the story, I wonder if it even remotely comes close to what the author was trying to convey. I appreciated the possibilities presented by the author, however, the complex story is confounded with both scientific and mystical reasoning.   I found myself re-reading sections to confirm that I was grasping the situation at hand, and just when I’d get into the flow of the storytelling, it would change and I would once again, be distracted by the imagery detailed so vividly.

The story is told through the perspective of two people.

Dominic is a neuroscientist plagued by past-life memories. By mystical standards, he is considered a “Reborn” (reincarnated). He disagrees and is desperate to rid himself of these memories once and for all. He is determined to prove that such memories, and delusions of being “otherworldly” (such as self proclamations that one is a vampire, fallen angel, etc..) are the result of childhood traumatic events, or brain “glitches”. He is funded by a rich socialite that is in fear for her god-daughter’s future (her god-daughter believes herself to be a vampire).

“My foundation supports innovation,” Ms. Wright said. “Your lecture today suggested the possibility of a psychiatric cosmetic surgery. If I understood correctly – and you may correct me if I did not” – Dominic nodded polite assent – “you’re postulating a technology to identify the locations of specific thoughts or memories, with the ultimate goal of disrupting only those targeted neurons to functionally erase the memory.”

He furthers his studies in a remote “hotel” in Ireland that caters to those that consider themselves “damned”.

In the midst of many intriguing “damned ones”, Dominic meets Olivia. She is apparently a fallen angel of desire, and considers herself a “vampire”. Reading the tale through her eyes, there is no doubt that she is a vampire. She hunts, feeds on blood, and live amongst others of her kind. She doesn’t feel emotions except when she is feeding off of humans. She is intent on finding love, and thinks that there might be a “loophole” in her condition if she is loved unconditionally (meaning that her lover would also have to accept her as a vampire).

If I can show him everything I am – wingscars and quills – and he can stay fallen with his fallen angel, then I might finally be free. But I’ve screwed this up every time since the fall of man. I must watch my step.

Each deeply committed relationship has failed when she has broached the “vampire” or “fallen angel” subject.

Shout yourself hoarse calling for your angel, but don’t lift your eyes to see.

Dejected, she returns to the “Hotel of the Damned” ready to accept her fate.

However, everything changes for them both, once they find each other. While they at first butt heads…

I turn to him. He looks like a warrior – proud, beautiful, powerfully built, straight and hard. I could break him for fun. “No man serves a god for its own sake, only what it might do for him,” I tell him. “You serve science with a zealot’s prayer for your own salvation.”

…they develop a friendship, that of which they had never before experienced. A sweet and funny moment that made me giggle, and eased the intensity of their communion. As they converse in a field of cows, together, getting to know one another:

“Olivia,” he reaches for my hand, but finds the apple. He takes it and throws it hard away from us. I turn to watch it fly. It tumbles up into the night and lands precisely between the eyes of a cow. I gasp, but the cow does not move.

“It’s thinking,” he whispers back, an infuriating smile staining his warm voice. “‘It’s thinking ‘Ow! What happened?'” I stifle a giggle at his witless cow voice. The creature bends its head and snuffs the grass. “Now it’s thinking ‘Can I eat that?'” The beast raises its ghostly head, chewing.

“Does it know what hit it?”

However, the question remains. Is she really a vampire, and are they they part of the “Damned Ones” or does science prevail? Is it all in their head?

“We are all broken, Dominic, all of us – cursed, or damned. Our fragile minds cannot span the paradox. We wish to stand out and fit in, to be unique but not alone, one with God and still ourselves.”

“Reality is only half the story.”

Honestly, after examining my own perception of the story, I realize that is not even the most important part. There is much more to explore, and really, perhaps a formal “discussion” of this book would unearth much more, through the contributions of each reader’s perspective. Yes…a book club situation would be great for this 😉

It was beautiful, complicated, deep and perplexing. I almost felt as if the author had perhaps “tapped” into one of those monumental life awakening moments (you know, perhaps in a dream, she had an epiphany, and it just “clicked” for her), and was trying  to convey it to us through this narration. This one will require your complete focus and dedication but will reward you with intricately written tale of self doubt, self discovery and the most profound of powers; love. 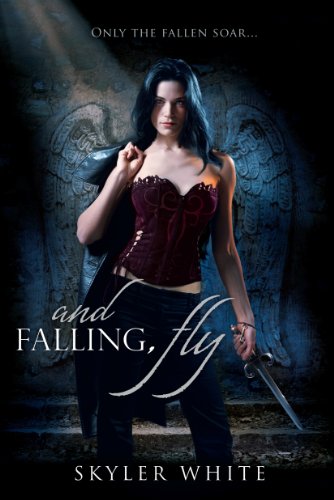 I need to get this book. This line interests me – “No man serves a god for its own sake, only what it might do for him,” I tell him. “You serve science with a zealot’s prayer for your own salvation.” I really like books that make you think and go over stuff – Stranger in a Strange Land is one of those books, I am going to have to give this one a shot.

There were many intriguing parts. I’m anxious to hear your conclusions!