Bound
I had an incredible urge to read a “Hockey star” book when I saw this heartwarming (and crush-inducing) Buzzfeed post. Tell me that doesn’t give you the urge to indulge in a hockey-player romance read. 😉 And I remembered this new release/bargain book that caught my eye a couple of weeks ago (I commented saying it looked like it wanted to tear my heart out – and you know I love that!) so it’s been hovering in the top half of my TBR list.

Couple that, with these reader comments, and I was very excited to lose myself in something kind of like a rock-star, but just a different version.

So I decided this would be the one, and read it last night. Nice cozy Christmas-y read (even though Christmas didn’t “happen” in the book), it had that sweet-feel, and I enjoyed it. Good writing, conventional, comfortable, and just a tad angsty for those looking for a more traditional romance read without all of that turmoil and treachery and everything else I like to torture myself with. Hehe.

‘Cause I know there are a few of you here, that don’t exactly share my enthusiasm over intense emotionally agonizing reads.

“Am I arrogant?” I asked Luke as we stood against my kitchen island eating. He pounded his chest, looking like he was gonna choke for a second.

“Is this a trick question?”

Hehe! 😉 I think this one should do it!

Ryker (a super-famous hockey player/underwear model <— ok, that came later and he’s still being taunted by his fellow team mates over it) has been dealing with grief for two years and meets Kate in a grief counseling group who is also overcoming a recent tragedy.

It was too much. More pain, on top of the crushing loss I already felt.

I don’t want to say much more, as the synopsis is pretty vague, but let’s just say this is a story about a developing friendship between a struggling, just out of college girl still living at home, who is hired as an assistant by a highly revered sports star (and quickly develops a crush on him… but of course!! As would I. ;))

I felt a creepy thrill as I stared at his neatly folded underwear. Did Mimi get to fold it? Lucky woman.

Before I could talk myself out of it, I reached in and touched a pair of soft blue boxers. They had been on his tight, gorgeous ass, and I was touching them. More like fondling them, actually.

You really are a creeper, Kate. Get a life.

It moves a little fast in terms of “connection” between the two main characters (which resulted in me not falling head over heels the way I like to) and it was a little slow… or… er.. “tame” in terms of other things. Don’t get me wrong, Ryker is all guy and he had some very “guy” reactions that made me blush.

I wished for words to soothe her, but I didn’t have any. I was a hockey player, for Christ’s sake. My favorite words were f&*k and f$%king.

It moved a little fast towards the end too, but still gave me the warm and fuzzies. But it hurt me at a certain point, so this is not always an “easy read” (considering the fact that they are both in a support group together. You get the picture).

Overall, a charming story where nothing was too over-the-top (except, maybe for a bit of that romantic resistance that kept resurfacing – I did eye-roll a bit but with understanding for the characters and their fears).

“I wish…” My voice raveled and I took a deep breath. “I wish I could have met you before. I’m different now, Ryke.”

It may not have overwhelmed me and made me obsessed, but it was good. It had a bit of everything, but on a more “even-keeled” level. A decent dose of romantic tension and steam and a whole lotta sweet!

P.S. Thank you so much to the author for sending me this review copy. 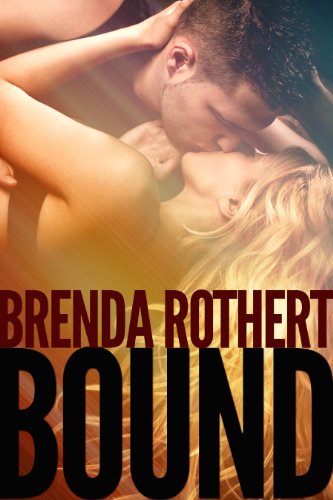 I read this one last week. I felt like you. It was a very sweet, contemporary romance. I liked the main female character, but at the same time I was a little annoyed by her. I understood her inability to want to be ‘intimate’ again but at the same time I was over it by about 65 – 70% in. I needed something more. He was such a caring, sweet guy that I felt sorry for him! But overall I enjoyed it for what it was… I liked her book Now and Then a little better. More angst and uh, ‘intimate’ moments. 😉

I read this a couple of weeks ago. It was a nice read, it could have been a great one. It was just missing something. The h annoyed me after awhile, enough already. The H was awesome, so sweet and understanding. More sex would have went a long way for getting me to like this one better.

Lori – YES!!! I felt the same way. I don’t need a lot of sex or descriptive sex but I truly think this book would have been better had there been more intense make out sessions and a couple good sex scenes – with Ryker showing her it’s okay to be intimate again. If we could’ve gotten those scenes I think I would’ve felt a stronger connection to them and a much higher book rating. Plus, I know she can write really good sex scenes from reading her other books!

I agree!! Well I haven’t read her other books yet, 😉 but a good deal of that intensity might have made this one that much better.

I just want to say that it means so much to me when any reader takes a chance on one of my books. You’re investing money and time in my work, and it’s the highest of compliments! I read reviews and I absolutely learn from them. I love when readers reach out and tell me what did and didn’t work for them in my books.

I’m still growing as a writer and I believe my best book is yet to come. And I may or may not be squealing right now over Maryse saying *yet*…