Chasing Serenity (Seeking Serenity)
First half, good, second half very good! A few very happy recommendations came my way for this book upon it’s release and I can see why! Great writing, and a definite “secret”/twist that I didn’t see coming. I knew… something was going to happen, but I didn’t guess right. And I LOVE when that happens. When I’m surprised by the “surprise”. 😉

Kristi: 55 % into Chasing Serenity right now and LOVING it!! Maryse, I think you will really love this one! Love the writing and I can’t stay away from this story!

Ashley: I totally agree with Kristi I’m about 10% and loving the writing!

Katie: …there is a twist in this book that I didn’t see coming and I love it!

Agreed girls!! And while for a good portion of the first half, I found myself irritated by the incredible disdain and bickering between the two main characters (it seemed to be hate at first sight…),

I don’t like the ridiculous grin on his face or the way his eyes light up with humor.

I sometimes have a hard time with two characters that dislike each other on sight. Now don’t get me wrong. I LOVE it when two characters don’t like each other, but have a “real” reason to. Like a past situation, hurt, bullying, misunderstanding, or just plain they’ve known each other forever and can’t help but collide. Okay I’m “with” that. I like to experience the why of that animosity, relive the memories with them, or experience the *oomph* of the impact that causes the hate that leads us into their future.

But in this case… the hot, drunk, obnoxious new guy just went up to her and kissed her. That’s not so bad, right? I mean… er… um.

. Well, it’s true… he maybe groped her butt while he was it. 😛 Okay so I’ll relent to the fact that, that’s not good!

But, I’d be all… you know, pushing him back, exclaiming “Ugh!!! AS IF!!” (a la “Clueless“), roll my eyes, and walk away with my friends and all that. And possibly be all secretly titillated that “super-hot guy” did that. After all.. he was drunk. Drunk guys do the craziest things, sometimes. Can’t hate him that much, for that, right? (*eeeeep* Oh boy. I can totally hear the exasperated cursing from some of you, about what I just said). Hehe. Er…. nooooo? That’s not okay? *whoops* 😉 I know, I know. That’s rude, no matter how cute he is!

*sigh* But just… I dunno. I thought their (her) seemingly intense loathing of him, overshadowed the actual “bad thing” he did. And of course, tough guy that he is, having to protect his image, gave it right back to her. GAH! I just don’t see myself having that kind of outward, hostile and public contempt of someone I don’t know, so quickly like that.

I *get* it. I just didn’t really connect to it, at first.

But alas, that’s the feel of it, at least for the first quarter. And then it eases up, and my enjoyment started kicking in.

Autumn is a graduate student, very serious about her future (and her studies) and struggling through her mother’s recent/sudden death (a terrible car accident). Autumn is lonely, and lost. And she pretty much has a grudge against all men (with reason)! Her pain stems from abandonment issues from when her father left them when she was a young teen, and her recent ex’s nonchalance to the “two of them” as a whole. She was in LOVE (and losing herself in the process)… but him? Not so much. “They” were more about him, his satisfaction, his decisions, his needs and keeping her where he needed her. Until he decided he didn’t need her anymore.

And he left, too. But not for good.

The climb ahead of me will be slow, stinging, but I’ve got my girls, I’m stubborn as hell and no amount of limping or drunken rugby a$$holes or returning ex-boyfriends is going to stop me.

And I suppose that’s where poor Declan (drunken alpha-claiming-kisser) barely stood a chance at first. He just proved her point. And she was dead set against losing herself again.

I shouldn’t be surprised by his self-serving attitude. It’s been my experience that most men are solely focused on things that concern them and them alone. I release some of my anger, eager to put this bullying Irishman in his place.

But sober-Declan finds himself in her path on a few more occasions, and soon, her icy exterior begins to melt. And I mean soon. Because as hard as she was on him, her obvious distaste of everything Declan, it doesn’t take too long for them to give in to the steam. So you see? This was another of my issues with the first half. Over-hostility and then too-quick to lip-lock and more… and a bit of game playing, to boot.

I ignore the wild ache that has surfaced in my chest, too angry, too confused to feel hurt.

But with Declan so obviously hiding something, who can blame her (on both counts)? Declan was both outwardly, overtly obnoxious when he’d see her.

And… Declan was yummy, too!

He wets his lips and a dimple on his right cheek dents with his smile.

An irrational fear crowds me, has me worried and I curse myself. This is exactly why I didn’t want to complicate things…

But as in all yummy alpha book-guys, Declan has a big secret. BIG!!!! He’s just moved to the US from Ireland, joined her college’s Rugby team and it seems he may have gotten into some “thing” in his past. There’s something about him… hovering. He’s walking on the straight and narrow. And it’s leading right to Autumn.

I’ll leave you there to try and figure out the rest. I bet you can’t!!!!! I bet you’ll guess ALL sorts of things, but alas… you’ll likely be so very wrong. *smirk* 😉

So we’ve got sexy Irish bad boys, ex’s that want to come back in the picture, and fathers too! This book explores emotional heartache, but on different levels. It’s not just about romantic love, but about the love of family (and “family” takes on a whole new meaning. It encompasses friends, too). From disconnect to possible re-connect. From old scars that refuse to heal, to potential emotional mending. You’ll feel it, deep. Plus! It’s got fun secret-shock-value thrown in for good measure!! You can’t go wrong here! 😀 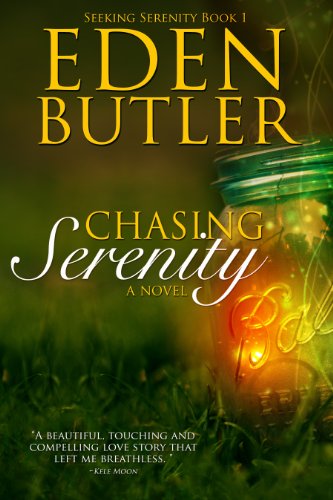 I fecking loved Declan too! 🙂

Probably going to buy this today, though not sure when I’ll have down time to read it. I keep seeing it on Amazon — this seems like a sign. (Great cover too — very simple but evocative.)

I loved this book too. Did anyone else put on an Irish accent when reading Declan’s lines? Maybe it’s just me.

Had this on my TBR list….was waiting for your review! Love when you can’t guess the secret twist… Have to read it now!

I read this book and I really fecking loved it also, but I was still really confused about where Heather fit into all of this? Did she and Declan have a really serious relationship where she would have cooked dinner for Joe in his house? I just was very confused about this in the end? Maybe i missed something?

Oh maryse, i am loving this book. your right a bit slow at the beginning but man does it make up for it by 35%. im fully into it. autumn is a strong personality and declan.oh my god deep breath! he’s just gorgeous. I love the first date and her growth throughout the book. this is so well written u can picture the scenery and feelings especially the steamy scenes. the twist at the end is unexpected and just adds dimension 2 the book 4.5 stars for me.