Collide (Blackcreek Series)
This is a fairly new release that hit Friday’s bargain list and I just couldn’t help myself. It wasn’t even on my radar, but that gorgeous vulnerable looking cover had me clicking it to find out more. The aching feel of it already had me but the “best friends” synopsis had me even more. And after everyone’s enthusiasm over another M/M hit that was released this week (“Try” by Ella Frank), I had to have them both. You guys gave me the M/M bug!

And I’m glad, ’cause I had a rough reading night last night. After a few “starts & stops” within our usual genre (four books to be exact) I realized I needed a book “refresher”. Something totally different (and yet still full-on romance). And this is the one that had me reaching for it.

I’ve read and LOVED M/M books in the past, and I always wonder why I don’t read more of ’em. I have at least 6 adamantly recommended m/m’s that I purchased that I still need to get to. I mean books that rocked our fellow reader’s worlds!! And from my reading past, I already know I’ve connected BIG TIME to books from this genre. But I think my issue is… I keep forgetting just how hard I fall for these love stories, too. M/F or M/M, it never fails… if I’m enjoying the book, I fall for the love story. For the characters. I fall in love with them, as them.

And sure enough, this one hooked me from the start, and now, I’m totally missing these guys.

M/M? I know some of you might not be familiar with the term, and it stands for male/male (gay romance books). I remember when I realized just how popular these were with women romance readers and I thought to myself… whaaaaa? Reeeeally? How? Us women love romance books featuring gay men?!? But I gave one a go, and… I “got it”.

And that’s just it. There is no how. It just is. When I’m reading a book, I become one with the characters, and I feel what they’re feeling. The crush, the subtle moments of affection, the trepidation, the fear of rejection, the excitement of the first kiss… and so on. The sex of the characters (and the sexual orientation of the characters) suddenly becomes irrelevant to me. It’s not that I forget it… it’s that I don’t feel any other way but the way they are feeling each and every step of the way, and my only focus is their focus. This intense, all consuming love. Fear. Hurt, and everything that goes with falling in love. And! These stories have that exciting “forbidden love” quality, too. Especially when one characters has always considered himself straight. So exciting! As it was in this book.

So what’s it about? Noah and Cooper were best friends as children (absolutely inseparable). A true bond of friendship, trust and camaraderie. Neighbors and both having personal family issues (Noah coming from a broken family, and Cooper being raised by his aunt and uncle after his parents), they couldn’t help but bond. And one day, Noah’s family moved away, circumstances forcing the boys to lose touch.

Until many years later, Noah comes back to town and runs into Cooper. Or should I say Cooper runs into him. Tee hee!!! (It was funny!)

Both grown men with careers and, Noah is looking to make a new start, and Cooper is thrilled to have his friend back. It doesn’t take long for them to find that camaraderie again, and it’s as if these best friends had never been separated. But… there are a few changes of course. Noah is gay, and while that surprises Cooper a little…

“We used to talk about girls together, man.”

“I was a kid. I was confused. I can promise you, I’m not confused any longer.”

He held Cooper’s gaze, so he understood Noah was serious. This was who he was and he was okay with that. “Do you have a problem with it?”

“Are you going to hit on me?” Coop tossed back at him.

“You’re not my type.” Actually, the man couldn’t have been more his type. Dark-blond hair, sexy eyes, and his strong muscled frame. Wasn’t like he could tell him that, though. “Plus, you don’t hit on every woman you meet do you? Because I’m attracted to men, doesn’t mean I can’t control myself around them.”

… but after a few awkward moments,

Cooper crossed his arms over his chest and remembered he didn’t have a shirt on. Was it strange that he wasn’t wearing one? He knew if a woman sat at a table with him, shirtless, he wouldn’t be able to pay attention to anyone, but her.

… it soon becomes no big deal. Until… it does. And that’s where your heart quickly becomes a part of the story.

In that moment Noah saw something in him, Cooper knew no one had ever seen before. Saw deeper than Coop even knew was there.

And he couldn’t turn away.

The romantic tension is off the charts, and when things start coming to light… look out! So intense! Very detailed and veeeeeerrrrrry steamy!!!! But it’s the potential romance and definite moments of angst that kept me reading, practically non-stop.

We’re taken on a journey of a soul-deep bond that was obviously never broken (even though they were separated as children). We experience each of the minute details of a budding undeniable attraction between the two (and I was so falling with them). From the fear of the unknown for the “straight” character realizing his attraction to his best friend, to his best friend’s fear of returning that love to someone who just might never be comfortable accepting it.

From intense jealous reactions, to heartfelt confessions, to all-consuming intimacy… this book’s got it all! In this case, you absolutely CAN judge a book by it’s cover. That cover portrays the feel of the book perfectly.

Apart from a few minor issues where I had moments of confusion over which character was thinking what, or confusion over times when we’d “flash back” to the past (as there’d barely be a delineation from present activity to sudden thoughts of past memories), I really enjoyed and connected to these characters. 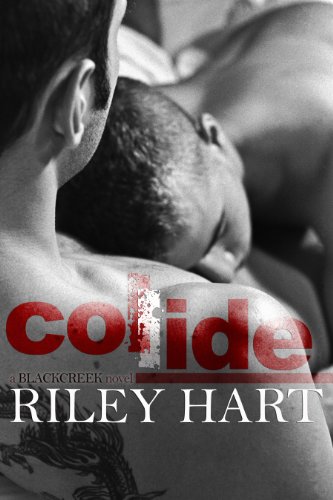 Maryse now I’m excited to read this YAY!!! Thanks for the review 🙂

Oh Maryse, the BEST M/M book EVER has to be Rough Canvas by Joey Hill. I just can’t put into words how absolutely BEAUTIFUL it was. Read some of the many 5 star reviews on Amazon, they say it so much better than I can. I don’t mean to sound corny, but I think it was just a Masterpiece. Please give it a try, I really think you’ll agree. 🙂 <3

I have never read one until you recommended Eight Second Cowboy…by Piper kayI enjoy a lot it was short but sweet.I actually loved it. So I totally will read others M/M I got the bug too.

Wow, what a review! I started a bunch of samples yesterday & nothing held my attention. I’m in a total book slump now & this may be just the one to get me out of it! Thanks Maryse 🙂

I often go to M/M when I’m in a book slump (aka–I’ve re-read all my KA and can’t find anything else to get into :). I know you must’ve heard about Cut and Run because Ty and Zane are the ultimate torchered alpha males! Also, The Nothingness of Ben and The Return by Brad Boney are great as well as anything by Kindle Alexander (Texas Pride has a cowboy and a famous actor–yummy!). As always, thanks for the reviews!!

I’ve never read a m/m book but you got me with this review! Just downloaded it and looking forward to reading it :). Also, Lynne’s recommendation of Rough Canvas has me curious as well! Love this site so much!!

Nicole Edwards has a couple of M/M series. Club Destiny and Alluring Indulgence. Talk about steamy scenes and intensity.

Great review Maryse and I totally agree with your explanation on how we read and connect with characters. Making sure this is on my TBR list 🙂

Maryse, what are the other m/m books that you’ve loved? Ever read Promises (Coda series)? I loved it!! Excellent love story. Would love to get more suggestions!

Hey Maryse – loving the m/m reads that you have recommended recently. Do you think you could put together a ‘Top Ten” list fir those of us looking for more? Thanks!