Connected: The Connections Series, #1
I just finished this one and while I wasn’t all-out connected to it, there was a mysterious undertone that certainly kept me reading. I had suspicions, discussed it with my husband, and sure enough… Mr. “I can correctly guess the end of every movie” had this one right, too. P.S. After ruining a few too many for me (’cause he’s always been right) he’s now been officially spoiler-banned from me!

Recently frequently recommended with cliffhanger warnings (thanks guys!) I was still dying to know what happens in the end that made everyone freak out. Cliffhangers do not necessarily dissuade me from reading. In fact, if a book is really that good, I’m alright with an inconclusive, insane “to be continued” ending (especially if the next book will follow soon enough so I don’t lose that intense momentum) *hint hint* ;). Considering these readers reactions, I just had to know what this crazy ending would reveal (or not reveal).

Sarah: Holy Heck Is all I can say I just finished Connected by Kim Karr and I am speechless all I have to say is there better be a second book and it better come out sooner than later

Sadie: Loving it so far 30 percent in…can’t wait to get back to it. I just know this cliffhanger is going to hurt!

Sarah: Oh it will be a cliffhanger that you will be thinking about till the next book!

Sadie: Ok I’m at 70 percent – cant.stop.reading! – and my stomach is in knots. This twist/cliffhanger is looming. Whew – LOVE the book so far!

Michelle: Connected ending is quite a shocker and will have you begging for the next book. I immediately ran to goodreads to find the scoop…lol

Juana: Maryse you always give us the best reviews and book suggestions and now I need to give you one, Connected by Kim Karr, I know you said it was being pushed up on your TBR well you must definitely do it. All have to say is River Wilde!

Traci: Maryse, if you haven’t read Connected you absolutely must and soon. This book was one of the best I’ve read in a while. River will absolutely make you swoon, he’s so beautiful. This caused one hell of a book hangover. I couldn’t start anything for a couple days cause I couldn’t stop thinking of this one. Especially the ending.

Nikki: Just finished this last night. I’m begging my friends to read this now so I can talk to someone about it. I can’t wait for the next one. River.

Britton: Loved it. One of the best I have read lately

Terri: Just finished. Holy crap it was a goodie! If you haven’t read it yet….get on it!

So I read it, and enjoyed it well enough. A BIG huge love story (or two), big heartache, and definite secrets. But even the secrets had secrets and even though I now know some things… I still don’t know all of it. Some secrets have been revealed, but some are still being closely guarded. Definitely a few twists in this one, with the main twist being one that I suspect might have me more connected in the upcoming sequel.

What’s it about? I can’t tell you at all (I went into it blindly and appreciated a certain surprise that I didn’t see coming… so stop here if you need to). Let’s just say, there’s a chance meeting with an up and coming rock star and he is everything I’d easily fall in love with. But there are other things… hindering… things. 😉

The connection was like nothing I’d ever felt before. It was an electric pull that willed me in and forced me to keep looking at him.

Everything I saw and everything I felt translated into three little words – he is dangerous. I knew I should look away, walk away, but I didn’t. I couldn’t. He was just too alluring. I wanted to know everything about him and I hadn’t even met him yet.

No real spoilers below or anything (and like I said, after that cliffhanger, this could go anywhere at this point), but you know. It’s just that I explain more of why I wasn’t as connected to this book as I would have liked to be and that might be more information than what you’re looking for. (I gave this 3.5 stars).

Okay for those of you still reading…

So why didn’t I go crazy for this one? While there was emotional turmoil and moments of drama, I was missing something, and I can’t put my finger on it. After all, “on paper”, it seems to have everything I usually like. An intense connection, TONS of super-steam, and not too much game playing in the romance department. Pure unadulterated love. And the sweet hero (not a “bad boy” per se, but still so wonderful) was so easy to love. A true romantic at heart and an undeniable good guy.

This soul mate feeling confuses me, but looking at him makes me smile.

There is angst in this one, but most of it is for different reasons. There was one moment where I was upset at a seemingly contrived fuss in the story that I thought might have been “drama for the sake of drama” but let’s just say there was more to that part of the story that was later introduced, and my irritation with that bit of melodrama abated.

But for me… I dunno. There was a lack of romantic tension (other than an occasional guarded-heart for obvious reasons). No real courtship. Not much by way of tearing my heart out, or making me truly worry (except for that one part… Oh yah! And that other part… 😉 ). Hehe. But for some reason, I remained disconnected and I didn’t feel it, like I was hoping to. While I usually relish the sentimental moments and intense passion, I did find myself skimming a few of the love scenes, amorous conversations and internal musings.

But you know what? For some, that might be exactly what you’re looking for. It’s nice to take a break from the game playing, and break-up angst. Mind you, it’s not always roses, romance-wise in this book, either. There are a few… issues (especially with that ending).

So let’s just say, it is the cliffhanger in this one, that “made” it, for me. I have a feeling that the tension I was looking for… is coming right up! 😉 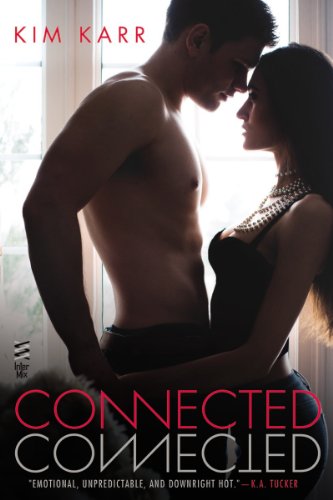 I just finished this one today and loved it. So much. But you know, I think it was just what I was looking for, like you said, in terms of not being too much angst and game playing – and River…sigh!! He made the book for me. I think I just felt their initial connection and where it went from there. Good writing too. Can’t wait for the next one. Thanks, as always, for posting it on the bargain list 🙂

I’m so with you! I’m at 80% now. Pretty sure I have it all figured out but something isn’t right. I feel like its a never ending story. Wish I read this before I spent my Easter on It. You give the best best reviews!

I liked, but didn’t love. The beginning and the end were great, but the middle, I felt like nothing really happened. I also guessed the twist early, and spent the book waiting for ‘it’ to happen. I’m hoping the second book will have more going on, which I’m assuming it has to.

I’m reading this now , about 20% in and I still have really connected ha see what i did there? Lol anyway it hasn’t grabbed me and after reading this review I’m not feeling real confident that it will be a fave

Omg thank you for this review – it has been on my tbr and I was wondering if I should bump it up the list. No reason to do that now! Thanks for the great reviews as always Maryse! 🙂

You should have came to me before you read this Maryse! I finished this last week. Bought it on a whim based on some great reviews from trusted bloggers. The book just… lacked something. I guess I didn’t “Connect” with it. To be honest, I didn’t “Connect” with any of the characters. Oh well. On with the next! I’ve heard Falling into you is good. We will see. Happy reading!

OMG! I thought I was losing my mind while reading this one! I kept waiting for that Ah-ha moment to hit me! I waited and waited and wait aaaannnnd nothing! Great review! Spot on!

Great review as always, Maryse! I’m with you on this one. Something (or things) was missing. I needed more…..much more. Another thing I wasn’t crazy about was the references to KK and Jake Wethers. Not sure what that was all about. But again, great review. You’re like my bible when it comes to reviews and recommendations.

I just finished it yesterday. I really liked it, but at times I thought it was a bit sluggish. I guess I need more dialogue and there was so much description and flashbacks that at times I was frustrated. Overall, I agree with the 3.5 rating. Will I read the next one? Yes, because I want to know what is going to happen. I hope the next one has more dialogue between characters though to keep me hooked and on the edge of my seat.

I loved this book, especially the fact that there wasn’t long drawn out angst after quite a few of my past reads. It wasn’t typical and yet that’s why it was a good love story!!!

I have to agree with this rating, though I have to say it started off with a punch. After the first 20% it lost momentum. Good review.

Just read it over the weekend and really liked it. Cried like a baby on so many occasions! But – the ending killed me – really did it just end like that??? Was not expecting it at all…I liked the mystery so I will have to read on once the next book comes out.

What an awesome read!!! Thanks for the suggestion!!!

I enjoyed this book and I loved the reference to the D-Bags and Kellen Kyle. I look forward to Torn, I hope there is a little more angst in that one!