Craving Constellations (The Aces)
Gritty biker book alert! This one had just enough softness and just enough rawness to keep me reading and believing. While there’ve been a few “darker reads” lately that I’ve found myself struggling with (a few outrageous too-much-too-soon turn of events that… lost me along the way), this one, even in it’s very rough and hate-able moments… was believable. And that’s just what I needed, to stay focused on it’s own version of abrasive angst. Not so much eye-rolling, or exasperation. Just pure and real infuriation and terror. And some tender awwww’ing.

The heroine is on the run from her psychopathic husband, and every moment, from her terrifying escape with her tiny daughter (looking over her shoulder, and over-thinking every detail), to her journey “home”… it would be awhile before I could finally breathe again.

I only had three days to get to where I needed to be, and I wasn’t going to hesitate. I wanted to be there and settled before my clean-cut husband came looking for us.

‘Cause you see, “home” is the seriously bad-ass motorcycle gang that she was raised in, and that she eventually abandoned without a trace. Deserting your entire biker club family, only to come back five years later… well, that’s seen as disrespect.

“You’re here now. What? You decided now that your life isn’t all rainbows and butterflies and that maybe you’re not too good for this club all of a sudden?”

You can’t just come and go as you please. There are repercussions. And returning to it, is quite the gamble. But when your abusive husband is getting worse with every beating, and finally almost kills you (and would go to great lengths, come hell or high water, to get you back if you ever left him)… you’ve got nothing left to lose. The best kind of protection is a motorcycle club.

… there was one place in the world where he’d never reach us. We just had to get there.

Even if there’s hell to pay there, too.

Yep. Craving Constellations had it’s fair share of fear-factor and a few dangerous encounters that had me trembling along with the heroine. The beginning was OMG… wow. Just every single detail laid out, thought out, and carried out in fear. And when finally making it “home” proved to be both a sigh of relief and another round of anxiety, I was excited at what was to come!

Brenna’s father is the VP of a motorcycle club, in which she grew up. Basically an MC princess (raised in a violence that she wasn’t exactly sheltered from) but also in the unconditional love and security that her blood-family AND her biker family raised her in. And one night… she meets a sexy new recruit. And she forgets to tell him “who” she is (which comes down to basically… off limits!) Oh yes. MC brothers don’t touch each other’s “old women”, or daughters, female family members etc…

But soon after their “one night” she leaves. For good. Nobody knows where (not even her father). She goes to college, changes her “persona”, meets a rich boy and marries him instead. Leaves her potentially dangerous life of crime (and a life with a certain kind of man that comes home late, smelling of biker “groupie”), for a simpler, easier one.

I wanted a different life though, so I’d gone away to college, and later, I’d tried to carve out a life in the beige community where mothers brought their children to school in minivans and joined the PTA. I wanted a husband who paid taxes and would take his car to a mechanic for routine maintenance. He wouldn’t get his hands dirty, wouldn’t raise his voice, and wouldn’t carry a gun.

I’d never imagined the world I chose would be far worse than the one I left.

Yep. Didn’t turn out so good.

I knew all too well the difference between what was shown in public and what went on behind closed doors. I knew how quickly a charming smile could turn to a scowl the second no one was looking.

Great writing, great pacing, and a really good mix of Kristen Ashley’s “Do as I say” alpha/bad-ass sweetness and Madeline Sheehan’s crude biker world “bad guy” reality (my favorites!!). Such reality that even the “hero” has his bouts of atrociousness. That’s when I started wondering if I was focusing on the right hero. His bouts of getting carried away and taking it too far. I was worried about how I could possibly “stay”… ya know?

Oh. He had reasons, don’t get me wrong. But his automatic responses to his anger just infuriated me. I was so mad at a few over-reactions, and certain “conditions” set upon her (okay maybe I would have eye-rolled at these parts, if I wasn’t too busy gritting my teeth and hating), that I didn’t know how I would take the book, overall.

I’d grown up rough. I’d seen more than one woman slapped around by her man, and to be truthful, it had never really bothered me much. It was the way of the world, or at least, it was the way of our world. It was all I knew.

But once I remembered that, there are different rules, and different mindsets when it comes to this way of life (which is really why I read these… for the OMG crazy and a certain shock-value, and the good and bad reality of it… oh and for the occasional hot, bad-ass, self-sufficient, unfussy, super-protector, heart-of-gold alpha ;)), then I… just… went with it. 😉

4 stars. Good!! Really good. It may not have put me in a frenzy, put it definitely had me reacting! 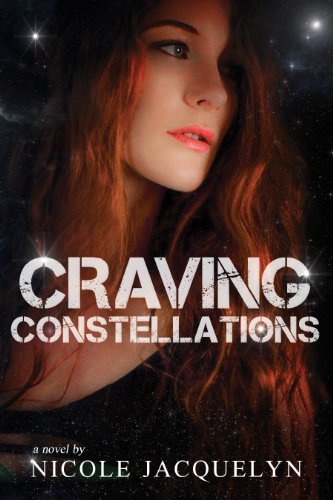 OMG… I can’t believe how in sync we are with our weekend reading. Downloaded this one this morning and will be reading it tonight. Yippee! 🙂

YAY!!! I dunno what to go to, next…. I’m thinking weird socially awkward guy from yesterday’s list, too.

I just finished this, I enjoyed it. I’m a sucker for a growled Baby/darlin’/sugar.

Just finished it, what an awesome read!

I just finished this book about an hour ago and loved it! Chief’s Angel by Bec Botefuhr is up next on my TBR list. I hope it’s good. Fingers crossed!

Loved this one, too! Hard not to compare to Motorcycle Man (mmmmm Tack). But loved this grittier take on a mc club story. I thought 4.5 since no major flaws except… Well, it wasn’t about Chaos. 🙂 Can’t decide whether to go funny (Slightly Neurotic Hit woman or some Stephanie Bond) or darker (Viper or Progress). Hmmmm.

This was right up my alley. Read it straight through. Looking forward to the next one!

I also bought this book after seeing it on Friday’s list, and am really looking forward to reading it soon.. I think I will push it up on my reading list after reading this review. I haven’t read a biker series yet, and I am not sure which one to start with first. I have also purchased the first one in Madeline Sheehan’s series. Which biker series should I start with first?

Nicole, Madeline Sheehan has ruined me for all other biker books, so maybe read this first 🙂

Thank you for the advise Nicky! I have heard great things about Madeline Sheehan’s books and will definitely be reading them soon. From what I have heard and read I think her writing is to the biker world what J.R. Ward’s writing is to the vampire world..just too hard to beat and lifts the topic to a whole new level entirely!

Just finished. I am new to the biker books Maryse and I agree that it was a little hard to accept Dragon’s reaction and abuse at that one reveal. And also, I am taking Nicky’s advise and checking out Madeline Sheehan, based on her analogy to J.R. Ward. None compare to the brothers, ya feel me?

Totally agree with you, a mix of KA & MS. It was not as great as these two but it was good enough that I finished in one sitting. Great job Maryse you always write the best reviews.