Cuffed (Everyday Heroes Series Book 1)
The best of both “contemporary romance-book” worlds in this one! Childhood best friends, and it’s a second chance romance to boot! Also, the cop-in-uniform hero didn’t hurt one bit.

That cover? *waggles eyebrows* I know right? He was pretty easy to imagine.

BUT for those that aren’t as taken by an overtly sexy book cover, don’t let it scare you. While this book was steamy and at times, hilarious (ohhhhhh that police escort to the drug store had me laughing out loud), 😛

Tell you what, Em, if it’s such an emergency that you were willing to risk life and limb to get there, I think I should give you a police escort.”

“Lights and sirens. The whole shebang all the way to . . . CVS, or is it Rite Aid? Which store has the brand you prefer?”

“Now that you’re a resident of Sunnyville, I’m at your service. Here to protect and to serve.” He flashes a grin that tells me he knows exactly what I’m doing and plans to make me pay for it.

…(oh and it gets even better), this book had plenty of depth, raw honesty, and a subject matter that cuts deeply, with an incredible eye-opening moment… a healing that really brings it home.

Cheryl: Leslie, I’m reading Cuffed and it’s a combination of some funny moments with some very serious one’s. Think you might like it.

Mari: Cuffed, I really liked that book, it was a little deeper than most and I think that is what I thought was better about it.

Maryse: Mari!! I want to read Cuffed SO badly… and now even more since you said it was deeper… YES!!!!!

Kooloo: So I just finished a 5 Star read entitled CUFFED by K Bromberg and struggled with my rating until I found out it is based on real life events that involved the author – there are of course triggers which made even more relent knowing it actually happened. But it also made me lol and swoon… loved it xoxo

Leslie: I finished Cuffed. I liked it – 4 **** The H was swoony and perfect but the h bothered me a smidge. She was one of those that pushes the H away. She had her reasons but it still prevented me from fully investing in her. This was an emotional read despite the cover making it look “fun”.

There was one hilarious scene at beginning but most of story had me tearing up. Its dual POV and although some of you dislike that, I think its necessary for this story. There are also brief flashbacks from when they are 8 and they are adorable albeit heartbreaking.

Kooloo: Leslie did you know CUFFED was based on Bromberg real-life events!

Leslie M: Kooloo, yes I did know and author note at end made me cry.

Leslie M: Maryse, how far are you into Cuffed?? Those flashbacks made me cry.

Maryse: Leslie those flashbacks are WAY hard. The two of them as children were SO sweet though.

Emmy and Grant were neighbors, schoolmates and absolute very best friends throughout their young childhood. They did all the fun stuff that kids do together, and most of all, they trusted each other with everything. Grant, being raised by a Police Chief father understood all about right and wrong (even if he didn’t always “get” it), and when Emmy trusts him with a secret, he knows he needs to tell.  So he breaks her trust, only to never see her again.

That is, until they bump into each other many years later in a bar (Emmy is unabashedly flirting with “the sexy cop in uniform”), that is, until she realizes exactly WHO he is and all of her bravado falls apart. He’s so surprised, happy and desperate to reconnect with her right then and there, but she’s just shocked and all she wants to do is run. And so she does.

“What are you doing here?” I ask a question, but it’s so much more than what it sounds like. How are you? Where have you been? Why are you back? Tell me you’re staying around. But she just stands in front of me and stares as if she can’t believe it’s really me and, at the same time, frightened that it is me.

But Grant will not be deterred…

“You’re a reminder of her past she’s probably chosen to forget.”

and now that he knows she’s back in town, he will do anything to find out what happened to her, and to try and resolve the hurt and guilt he’s felt all of his life over that one time he broke her trust.

“You came. You saw. You can leave now because you won’t conquer.” She flashes me a dazzling smile that just might serve to warm that cold heart that Nate swears I have.

“And you used to be so sweet.”

“And you used to not be so annoying.”

“All this fire from you and I can’t remember doing anything wrong.”

And this is that story. It gets dark, and hard to read at times (emotionally – it goes there),

My fingertips run absently over the scars on the inside of my upper arms.
Over.
And.
Over.

though there are plenty of lighthearted and laugh-out-loud moments, and all that swooooooooony bossy-alphamale push pull to make this a fun and steamy read. That said, it’s the truly believable heartwarming moments that make this romance sparkle. You’ll see. 😉 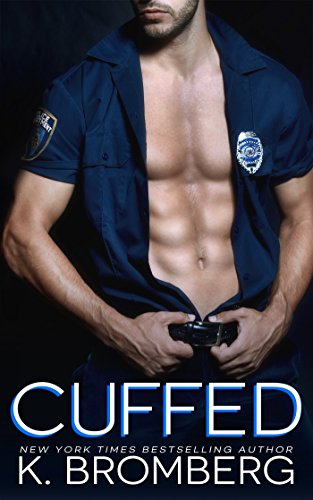 You have to read the Driven series Maryse!! I was surprised to see this was your first Bromberg book. Although I just read my first too (Driven) and I CAN’T STOP READING THE SERIES! MARATHON!!!!
Great review!

Ahhh, I agree with Jean. The Driven series was one of my favs! I power read them all – 🙂

Driven series are great! Also Passionflix has a mini-series of movies for the Driven series. 1st three segments start 8/10 and the 2nd set start 8/24.

This series is good but, I agree- loved the Driven series the best. Ugh, just thinking about “Spiderman. Batman. Superman. Ironman” makes me want to cry.
Her Player duet is good too.

Omg Cheryl! I forgot about that!!! Its been so long since I read Driven. Its all coming back to me and giving me goosebumps. Rylee’s flashbacks of *bleep* were heart wrenching.

Maryse, I thought you would enjoy this one and “officer hottie”. 😉
The flashback with the rocks?!? *wipes tear*
What about when they grossed out about kissing and how babies are made? Hilarious! 🙂

LOL!!!! He was all-knowing until she asked exactly how it worked. I totally highlighted that whole section.
“My parents never kiss.”
“They had to have kissed at least once because that’s how babies are made and they have you, right?”
“True.” I lean forward and grab a bowl as I try to forget what will happen when I go home in a bit. “But if your mom and dad kiss now, doesn’t that mean they’re going to have another baby soon?”
“That’s not how it works, silly.”
“Then how does it work, then?”
“I’m not quite sure.”

Yay! I’m so glad you enjoyed it, Maryse! Head up. Wings Out!