X
You are here: Home / My Book Reviews / Book Review – Dead, Undead or Somewhere In Between by J.A. Saare

Dead, Undead, or Somewhere In Between (Rhiannon’s Law Book 1)
Great intro to the series! I was quite happy to have decided on this one for my next read, and halfway through it, I knew I was in for the long haul. And there was no “putting it down”. I read this one straight through and didn’t look back.

Now it wasn’t necessarily a “5 star OMG *squeeee* read” for me, beccause, again… it’s an introduction to these new characters, and the world they live in. While I could certainly feel the tension mounting, and appreciate that I would probably fall head over heels with “Disco” soon enough, I was as tentative about the whole situation as Rhiannon was. But Disco is easy to love, let me tell you. The author’s writing had a nice flow and the internal thought processes and actual conversations were realistic, and these characters had that “real-feel” to them.

So what’s it about? Vampires! Modern-day vampires but with that traditional vampire feel to it. Can’t go out in sunlight, can make more by draining and then giving blood, head “maker” is revered by his “children”, have special humans that are “folded” into the clan and “marked” as part of the family, vampire clans that oppose each other etc etc…

And tough-as-nails, street-smart Rhiannon (who’s seemingly 100% human) knows just “what” they are. Because she can see ghosts. The dead.

I discovered my nifty talent when I was just a kid. I started seeing deceased neighborhood pets, followed by Mrs. Beaterman mulling over her neatly manicured lawn a week following her heart attack that killed her. I thought it was normal. That all changed the day a drunk driver blew past a stop sign and plowed into my parent’s van. When Mom and Dad paid a visit to their own funeral, I knew I had issues.

But she can see the “undead” too. Oh sure, everyone can “see” them, but she can sense their energy, their power, and they can sense hers.

He lowered his chin and studied me intently.

“We know, Rhiannon. We spotted you the minute we came into Shooter’s. That little radar of yours isn’t a one-way frequency.”

Well screw my wretched ass sideways! I gave off a frequency too?

And it doesn’t take long for them to notice her unusual skills, and take interest in her. Thing is, Rhiannon doesn’t particularly like her abilities, and considering her mistrust of just about anyone, and anything (very bad history – you’ll see), she most certainly doesn’t want to be bothered by these monsters.

The first vampire I ever met taught me an invaluable lesson too – don’t trust them. He took my best friend home from the club that night, and we never saw her again. She’s either dead, un-dead, or somewhere in between.

Especially the gorgeous “Disco” that won’t stop coming around to the bar she works at… she suspect’s he’s a “wolf in sheep’s clothing”, and all that. 😉

How people ever functioned under the notion vampires were sexy was beyong my comprehension. You were making out with a corpse, formeldehyde not included.

Disco regarded me intently, as if offended by my reaction. Then his face became a blank slate – nothing there but an empty stare that bore me back into the seat.

“It’s not personal,” I explained. There was no reason to be an absoute bitch. “I just tend to steer clear of things that give me the creeps.”

“Don’t you mean things that frighten you?”

But Disco needs her help and he won’t take no for an answer. Vampires are being slaughtered in the city and he’s hoping she can speak to their ghosts to get an idea of just who is involved.

“Listen to me closely, Rhiannon.” His voice was deep and crisp. “You will help us. I’m not giving you the option. I never was. I was simply being polite.”

And that’s what we’re headed into. A mystery to solve, a ton of danger (good thing she’s got those sh*t-kickers although… she get’s into some pretty hairy situations that even those crazy hard-ass boots can’t fix).

Best of all? A developing friendship between a few characters (loved them all!) and a repressed attraction to someone… something? that she never thought she could trust. Ohhhhh soooo steamy. Okay. I admit it. I *heart* Disco. Come on, who can resist a lethal, gorgeous, trench-coat wearing, blue-eyed, gorgeous fanged immortal? Not I. *shakes head* Not. I.

This one had a couple of endings (one that was tearing my heart out)… and another ending that made me go, “Whaaaa?” Luckily I don’t have to wait for the next book. It’s already out *grumble grumble* stupid cliffhangers!! *grumble*

3.75 stars to 4 stars – which means good. Really good, but what already makes this book even “better” is that so many of my trust-y reading buddies fully flipped out reading book #2 & #3. Crying and such. I want that!

P.S. Do you guys wanna know who the author “sees” as her version of Disco (who comes “closest”) to her? —> Oliver Jackson-Cohen – *grins* that cinched “Disco” for me!

P.P.S —> J.A. Saare – Rhiannon’s Law Series Reading Order (in case y’all are reading along with me). 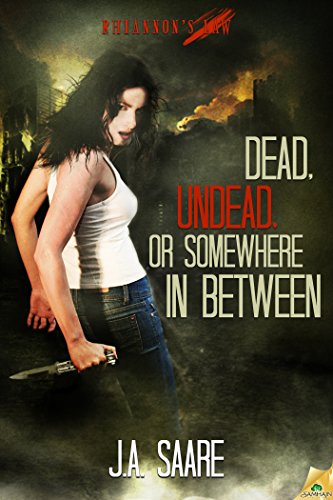 hey i’m new here but I love your blog!!! I know that if I want a good read to check out your blog and pick a book you reviewed. And I was right! I was checking out your blog when I saw that you mentioned you were going to read the series. After that I had to get them. I’ve read the first book and LOVED it!!! thanks for letting me know. Love your blog 🙂

At about 50% in The Renfield Syndrome is when my heart was heavy and I got choked up. For me, this was one of the most touching and emotional love scenes in any book I have read to date. *I LOVE PAINE*

Thanks for the recommendation. Loved these. I was teary in #2 but #3 had me yelling and crying with tears running down my face. Each book was better than the one before. I agree with Lise I also love Paine.

OH YAY Melanie. I felt the “teary somewhat in #2 but I want the full-on effect! #3 tonight…

Thank you, Maryse, for recommending this series. I love parts of both books where I just laugh out loud. Everyone was correct in that I could not put these books down. I am almost finished with Renfield Syndrome. *sigh* More please! I love the weekends to catch up on some reading!! Thank goodness Book 3 is already out. I don’t know if I can wait for Book 4…if Book 3 is a cliff hanger!! BTW, I love your website–my cousin and I are avid followers!