When R.L. Mathewson sent me an early review copy of her latest release “Devastated” she included a warning. Just as the moody cover (and title) portray, she told me this one was somewhat darker (or more serious in nature) than her amazing comedy romances that we’ve gone so crazy for in the past.

So, I was fretting. Why? ‘Cause her love stories are totally my kind of “comedy romance”. Witty and gleeful and believable. She (er… I mean… her characters) are absolutely hilarious. From their quick-witted remarks and thought processes, to some of their not-so-smart fumbles and mistakes (that end up being amusing anyway), her books have me grinning, laughing and exhilarated.

You know the kind of awesome-funny that has you stopping every few minutes to read scenes to those around you so they can laugh too? Or at least get why you’re laughing so hard? Yep. R.L. Mathewson’s writing DOES that.

Where would this one go? Where would it take me? How dark? I was a bit worried about the deeper “feels” (and darker subject matter) ’cause while I normally love a good dark read (and don’t tend to shy away from the more angsty stuff), I was worried I’d miss this author’s amazing sense of humor. Her much-loved signature brand of “funny”.

But I’m thrilled to say, I LOVED it.

Maryse: I’m reading RL Mathewson’s Devastated and it’s good. Like SUPER good. I forgot just how awesome of an author she is.

It’s cute and funny (like chuckle-worthy), but a bit darker than her usual as both main characters have their very personal issues. He’s super moody and angry at the world, and on house arrest and she’s the assistant that they hired for him.

What I love is that I’m halfway through the book and it’s not been sexual at all. Just her dealing with him, and her own worries with losing the job ’cause he makes her life hell at first since he doesn’t want her living in his house) but also the amazing friendship that’s developing as they learn to trust each other and have each other’s backs.

LOVING IT!!! No sexy innuendos or dirty thoughts… I can’t even say it’s a slow burn yet, since what this is so far is a true and funny friendship. They’re affection but in a fond way.

Like… example, when they lose electricity in a storm, she’s TERRIFIED of the dark, and she shoves him practically out of his own bed so she can get in with him ’cause she’s scared. And he grumbles a ton, but lets her, ’cause he gets her.

I truly “see them” as real people. Both very believable in their personalities and reactions.

Leslie M: Maryse, that sounds good and a nice change up of the usual romance I read.

Maryse: I love it that way, personally. It’s how I truly connect with the characters. Getting to know them as they get to know each other… very real-life. I tend to skim the sex scenes unless they sneak up on me after a goooood slow burn, ya know?

Even if it was a more sobering look at life, it still had me giggling and grinning throughout! Her entertaining and relatable characters are in full force my friends!! It wasn’t near as dark as I thought it would be (mind you, the characters do have detrimental pasts that they are still contending with), so this wasn’t all happy fun. But it wasn’t all serious either.

In fact, she mixed in plenty of light, love and silliness in equal and relieving parts!!! *pheeeewwwww* I was SO HAPPY!!

Maryse: I am totally into it!!! She’s currently “dying” on the bathroom floor, hugging a shampoo bottle and I’m giggling like mad. LOL!!!!

Hunter needs some anger management, ’cause yep… he had, yet another bout of fisty-cuffs one night at a bar. And while his amazing attorney Ryan gets him off yet again (well… sorta) 😉 he’s forced to wear an ankle monitor while being on house arrest for a whole year (along with forced anger management therapy or back to jail he goes!!) The judge recognizes his value to his company so he also orders that he gets a full-time live-in assistant to help him manage this new kind of lock down.

Maryse: I’m hooked ’cause he’s moody and totally uncuddly, and unabashedly uninterested in… just about everyone. 😉 *snort* And now she’s his live-in assistant while he’s on house arrest!! RIGHT?????!!!! OMG SO GOOOOOOOD!!!!!!!!

OMG he’s furious and resists it from all angles.

He couldn’t live with a woman. It was one of the many reasons why he would never get married. He simply couldn’t stand them. As far as he knew they were only good for sex and keeping him company at all the boring dinners that Ryan forced him to attend.

Hunter does anything and everything to push the limits of what he can get away with, especially when it comes to annoying his new assistant Kylie (completely organized, thoughtful and cute and yet kind of a nervous wreck – and not his type at all) at every turn.

Kylie was wondering what she’d agreed to by working for the jerk carting her around like a sack of potatoes, because she already knew that there was no way that she was going to be able to-

No, she could do this, Kylie told herself before she could talk herself into doing something stupid like quitting because she could handle anything. Well, almost anything, she realized a few seconds later when he took the stairs two at a time.

Though… I like her SO much. She’s too cute, but so real. I am envisioning Amy Adams. Cute and quirky and pretty and a bit adorably neurotic and super-organized and innocent… the perfect Kylie.

AND!! She holds her own (even though her mind is grumbling some serious choice words at him) 😉

“What did you do to it?” her boss demanded as he placed the plate of food that she’d made for him on the desk in front of her.

“Made it?” Kylie said, not really sure what he was asking.

“Did you spit in it?” Hunter asked, as he narrowed his eyes on her.

“Was I supposed to?”

*snort* I loved their annoyed banter with each other!!!! Sending her on wild goose chases and getting her name wrong each and EVERY time he speaks to her. But also his “pep talks”:

“I’m going to die a virgin,” she mumbled pathetically, as he reached down and plucked the bottle of shampoo out of her hands.

“You’re not a virgin,” Hunter told her, which resulted in another sniffle.

“Bad sex shouldn’t count,” Kylie said with a forlorn sigh, as she reached for the bottle of conditioner.

“No, it shouldn’t,” Hunter agreed, as he plucked the bottle from her small hands and placed it out of her reach.

I TOTALLY cackled throughout this whole scene. So endearing and REAL and FUNNY!!

And her wistful love of giftbaskets…

“I’ll buy you a damn gift basket,” the grumpy man said, as she was pulled into an incredibly beautiful suite.

“What if it’s not as nice as the one waiting for me downstairs?” Kylie asked, somehow managing to bite back a smile when he leveled a glare on her and bit out, “It will be better.”

Oh and it just gets better.

But as with any strangers forced to live in close proximity and cooperate, they get to know each other… and in turn, get to know themselves. Which is much needed considering both are suffering from some personal heartaches and mistrusts.

And I will let you “live” with them and discover all of their deeper personal intricacies (and enjoy their humorous antics) for yourself. So worth the read and it will not depress you.

“I can take care of myself,” the stubborn little thing said, making him sigh as he leaned in and pressed his lips against her forehead.

*swooooooney sigh* Ahhhh how I loved Hunter’s seemingly unbending hard and crunchy exterior even more so, because of his soft and sweet center.

I would say my main – and only – hiccup was just how scary-crazy and over-the-top HER family is. You’ll see. Though, I wonder how surprised I’d be finding out that those kinds of people (and awful family dynamics) actually DO exist? Eeeeeeep!!!

4 to 4.5 stars (I’m still thinking on it) <— I say 4.5 stars FOR SURE on the first half (I WAS HOOKED on these characters and grinning like a fool the whole way and believed who they were and HOW they were wholeheartedly). And I’m more on a 4-star level for the second half (where all the true-crazy reveals itself and had me questioning the believability of a few “out there” parts). Also, the second half is less hilarious (but definitely yummy ’cause you know… Hunter’s gooey center 😛 ) and has more feels ’cause that’s where the romance and of course… the steamy hits. 😉 So… there will be swooooooooning. 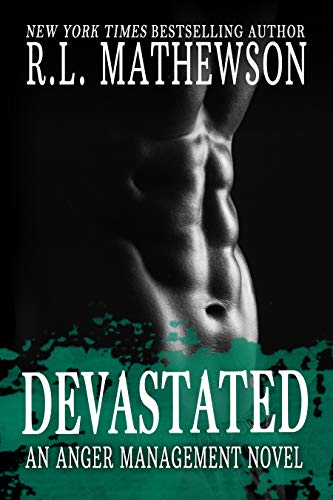 So glad it’s a good one because I pre-ordered. Looking forward to a good read now. Thanks Maryse

I saw it is book one of a series. Does it end on a cliffhanger? I hate cliffhangers….

No cliffhanger. Book #2 is about his attorney Ryan. 😀

Great!! Can’t wait to read it!

I just finished this one and really enjoyed it. It was a quick read. Can’t wait for the 2nd book.

One of last week's READER QUESTIONS has been SOLVED!

In case you wanted to know it too, I included it in the first comment: ... See MoreSee Less

MONDAY EARLY BIRDS ARE UP! Look what went live over the last 24hours.

Also... what I chose for this month's Amazon First Reads. 🙂 What about you?

Big Mary Burton fan, I am so excited she has a book part of First Reads and havent read her in a few years. So I will be going with her book this time. This is the earliest I have made a decision for the First Reads.