Faefever: Fever Series Book 3
Okay first – LOVED this book too. This series is most definitely one of my favorites. Second – I don’t think I’ve “spoiled” anything in this review, but this series is hard to review without revealing some info. Proceed with care. Third, my review doesn’t even begin to include all of the intricate details, and mind blowing revelations that make this story so interesting. All I can say is you have to read it to “get” why so many people love this series.

Each book in this series leads us deeper into more dangerous territory expanding on how dire the world’s situation really is. While each installment presents us a new danger/adventure that Mac has to face, this book in particular cumulates the past events and lessons that Mac has learned, and thrusts the reality of it all right back in her face. She quickly realizes that everything she has learned and experienced in her short stay in Dublin doesn’t begin to prepare her (and the readers) for the impending disaster if they do not succeed in keeping the “wall” up between the worlds. Nothing like real-world experience to drive a lesson home…

As the days lead to the upcoming fateful Halloween Night (where it is said, that the walls between the worlds are the thinnest), they scramble to find a solution. She quickly learns that the Head Mistress of the Abbey (the main headquarters for hundred’s of Sidhe-seers) seems to detest Mac (for what reason?), and seems to have her own ulterior motives. She also discovers that the slew of murders in Dublin are associated with the “Dark Book” (the Sinsar Dubh). In case I have not mentioned it before, this book was created by the UnSeelie King (and holds all of his magical secrets) and whoever has it (along with certain artifacts that help control it) will potentially hold the power to both worlds.

While she is the only one who can sense it’s whereabouts (making her highly important to all who hunt it), they have just realized that it travels, essentially, on it’s own. The slew of murders and self-suicides occurring in droves through Dublin are because the book possesses whoever touches it.

We’d been so wrong, Barrons and I!

We’d believed the Sinsar Dubh was in the possession of someone with a cogent plan who was transporting it from place to place with a purpose, someone who was either using it to accomplish certain goals or guarding it, trying to keep it from falling into the wrong hands.

But it wasn’t in the possession of anyone with a plan, cogent or otherwise, and it wasn’t being moved.

Passing from one set of hands to the next, transforming each of its victims into a weapon of violence and destruction. Barrons had told me that Fae relics had a tendency to take on a life and purpose of their own in time. The Dark Book was a million years old. That was a lot of time. It had certainly taken on some kind of life.

After the recent and mysterious murder of Inspector O’Duffy (who was working closely with Mac at the time), his brother-in-law, also a law enforcer for the “Garda” (Inspector Jayne) continues to interrogate and suspect Mac of foul play. However, he quickly discovers O’Duffy’s mysterious “Dark Zone” maps and unfinished investigation. Following up, he notices the slew of abandoned cars, wallets, even clothing, and in similar fashion, surmises that Mac knows more than she is letting on.

“Can you think of anything that might explain what you found?”

“Then what do you expect me to tell you? That evil creatures of the night have taken over Dublin? That they’re right down there” – I flung my arm out to the right – “and they’re eating people and leaving the parts they don’t like behind? That they’ve claimed certain territories as their own, and if you’re stupid enough to walk or drive into one after dark, you’ll die?” There, that was as close to warning him as I could get.

“Ditto, Inspector,” I said sharply. “You want my advice? Stay out of places you can’t find on maps. Now go away.” I turned my back on him.

Knowing that seeing is believing and seizing the opportunity to garner more support on her side, she feeds Inspector Jayne some “special” sandwiches (ground-up UnSeelie flesh), that will allow him the opportunity to see what is taking over Dublin (while also giving him that power-boost he needs to help protect himself).

Still not knowing who to trust amongst those she associates with (the mystery of Barrons continues to unfold, as she grapples with each sinister revelation, and V’lane with the simple fact that he is Fae, forces her to question his true motives), she decides to cover all of her bases, by acquiring one more ally on her team.

I left Jayne at the Garda station on Pearse Street, assuring him his vision would wear off soon. As we parted, I saw the same hollow expression in his eyes I sometimes glimpsed in my own.

I felt sorry for him.

But I needed someone on the inside at the Garda, and now I had him.

Mac continues to gather bits and pieces about Irish lore, from those around her. Since she is unable to get the whole truth from Barrons, she is forced to take each bit of information and reconstruct it into something that makes sense, and might explain her role in the upcoming catastrophe. She amasses information ranging from the pact between the Fae and humans, the Unseelie King’s original motives for his now highly destructive magic, her sidhe-seer origins, and about a Druid clan that helps protect the humans by performing a ritual, each Halloween, to maintain the walls that keep the evil Fae (UnSeelies) at bay. In fact, another one of her new “friends”, the handsomely rugged Christian, is one of those Druids.

Deciding that the only team she is on is “Team Mac”, she devises her own scheme of give and take with the information she collects, and negotiates private deals with each of her “suitors” (providing the reader with a ton of exhilarating drama).

I needed all the edges I could get. I knew V’lane didn’t really consider humans viable life forms, and I had no more reason to trust him than I did Barrons. V’lane might be Seelie, and Barrons might keep saving my life but I had far too many unanswered questions about them both.

Hrrmmm…I dunno….this little game you’re playing MacKayla, might just come back to bite you in the ass.

Okay so one more bit of information, and I’m leaving the rest of the discovery to you. The all to quickly approaching Halloween is literally a do or die situation. The black magic that has been persistently distressing the “walls” between the worlds has weakened them significantly, and the Druids fear that their ritual will not be enough this year. Once the walls are down, all hell will break loose, as the strongest of the UnSeelie will break free of their prison, potentially overrunning our world. Strange alliances are forged, but will it be enough to combat the evil that tries to infiltrate every strained facet of their world?

Ok, a few of my “non-spoiler-ish” favorite parts:

This one makes Barrons REALLY mad! He says it’s not jealousy, but I like to think it is. The undeniably seductive V’lane, anxious that he has missed a few opportunities to protect Mac, provides her with a means to contact him at any time:

“My name on your tongue. I cannot teach you to say it. Humans do not possess the ability to form such sounds. But I can give it to you. With my mouth, I can place it on your tongue. Then you have but to release my name to the wind, and I will appear.”

Mmmmm…that is a sweet moment. I still heart V’lane. The amazing trust and effort he puts into making her happy…*sigh*

Unfortunately (or fortunately for my squealing delight), Barrons just happened to see it happen (and responded in a  typical “Barrons way”):

“His tongue was halfway to China and you were still taking it.”

“Implies emotional investment. The only investment I have in you is my time, and I’m expecting a big payoff.”

Don’t get me wrong. I heart Barrons just as much as V’lane. His insistence on unemotional ties, make the tiny moments of humanity (anger, jealousy) that peep through, that much more meaningful.

“You stand there all tan and glowing and wonder why I use Voice on you?” he bellowed. “Where the hell do you get off? You’ve been with V’lane again. How many slaps in the face do you think I’m going to take, Ms. Lane?

The unshakeable, all powerful, un-breakable Barrons with a *smidge* of vulnerability? Sexy beyond belief! I know, I know, he doesn’t sound so vulnerable here. But he is…I know it (and in the next book, you get to see it…woooooo-hooooooo. Too hot to hold!) 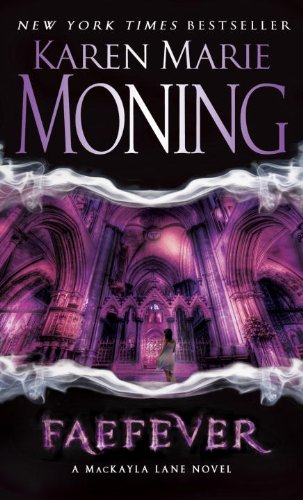 I just had to tell ya right quick….that i made a quick trip to the library before i came to work,,,got the last 2 fae and dream fever,,,hopefully after midnight ,,tonite,,things will quiet down and can make a good dent,,back into the fae world with mac, barrons, and our “death by sex” bad boy,,,

Ah my dear…the only help for you, I fear is to get started, right away, on Dreamfever…

buuuutttt seeings as how badly you reacted to the end of this one, I fear your reaction will be worse at the end of Dreamfever hahahaha!!!

Poor thing…joining us all in our “FEVER” 😉