Falling Star (Earth Scents)
I did it again. I read a recently released vampire book that didn’t really do “it” for me. I needed my intensity fix so I scrounged around in my iPad, until I found another one of my guilty pleasures. SEXY HOT BAD BOY ROCK STARS. These books are very hard to find, but all that I’ve found, have been plenty satisfying. This one included. I didn’t intend to review it (it was just a little short “fun time” for me) but here I am still thinking about it, and I needed to let you know.

It had just enough of everything to keep me reading non-stop until I hit the end. Is that what makes it a good book, for me? Well, yes, that… and the fact that I haven’t stopped thinking about it today. I felt the need to tell Lily a few of my favorite parts, and then told the whole story to my husband (even though I knew I might be boring him – TOO BAD!!!) Then I even mentioned it on my Facebook page, hoping I’d get a few “takers” who might have read it too and want to discuss some of the good parts 😉

NOTE: There’s a small but important *spoiler* later in the review. It’s a moment that had me gasping. I suspect that had I known about this part before I started reading, I would have been even more inclined to read it, so I’m talking about it…

Now onto the rock star! To be fair, the guy in this one is not exactly a “rock star” but a country star. Still though, he’s hot, famous, and a total player. His stage name is Adam Nash, but the true sweeter version of him is really Adam Herlihey. And this is who the sweet, friendly yet very private “Jade” (a botanist) gets a taste of (yes… I said *taste* tee hee!!!).

In a rush to get some last minute flowers for a birthday, he walks into a quaint (yet empty) little florist shop. Relieved that he is alone (and not being hounded by fans and paparazzi), his moment of relief turns to annoyance when even the cute red-headed florist doesn’t react to him. She doesn’t recognize him at all.

Either she didn’t recognize him, or she wasn’t impressed by his fame enough to comment.

That was puzzling. Everybody knew who Adam Nash was. He cocked his head to look at her more closely. She didn’t look stupid. She didn’t sound like someone who wasn’t in touch with reality. Why didn’t she recognize him, and if she did, why didn’t she act like she cared that he was in her little shop?

All of his bad boy charm, winks, and crooked smiles that make the girls crazy don’t seem to be making a dent in her. She helps him and sends him on his way.

Don’t be fooled though. While Jade doesn’t have a clue who he is, she certainly noticed his good looks, and when he calls her the next day to tell her the flowers were a hit, and he’d like to take her to dinner, she reluctantly (yet happily) agrees. And here is where their story begins.

At first it seems almost like a game to him. He likes her, but he’s playing around to see if she ever catches on. He remains quite the respectful gentleman (*phew* on that, as I didn’t know if I could like him much if he remained arrogant). As the dates progress however, it becomes obvious their feelings for each other are growing and now he’s abashed at the fact that at some point, he’s going to have to tell her who he is.

He wasn’t ready to be found out. Not yet. He wanted more time as Adam “Joe Schmoe” Herlihey. He knew she’d start acting differently around him once his true identity was revealed. Hell, with the type of woman she was, he wouldn’t be surprised is she had nothing to do with him. Not after learning of his playboy lifestyle.

Would he blame her?

But… he’s feeling guilty. She knows he’s in the entertainment industry, but assumes he’s a struggling actor. While he’s never outright lied to her, the actual truth, and what it signifies, might make it seem so.

And now that he knows her well enough (and knows she leads a quiet and simple life and isn’t into all that *fame* stuff), he realizes that she might react badly to the truth, and be embarrassed by the fact that he’s been sort of stringing her along all this time.

So he takes her on his boat for a weekend trip, to intensify their relationship, and discuss a few things he *might* have failed to mention to her. When she sees his boat, she quickly realizes he’s not so “struggling” after all. And this is where the story REALLY picks up.

A whirlwind weekend of extreme romance, off the chart steamy moments, intimate and gentle conversations, and then whoops… the perfect opportunity presents itself as he sings to her, strumming his guitar, one evening on deck. He’s nervous, as it’s obvious they’re getting serious and now he has something very important that he could lose…

He tried to prepare himself for each possible reaction. Would she turn giddy and ask for his autograph? No, not her style. Would she quietly accept it, and move on like it was nothing? Not likely. If she accepted him, she would be accepting living in the spotlight with him. Without a doubt, her name and picture would be in the supermarket tabloids she so staunchly avoided. That’s a lot for someone to deal with, especially someone who isn’t used to the attention. She could always be angry, storm out of his life and have nothing to do with him.

It’s now or never, and there’s no going back to the simplicity of what they had, once she learns who he really is.

This song was going to be big. She could already hear it on the radio. Sung by Kenny Chesney. No… better than that… Adam Nash.

…the wheels in her head start turning…

With that mental picture, her eyes snapped open. Jade’s world shrank around her, and she thought she might faint. Pictures she’d seen of Adam Nash flashed through her mind. On stage, on the cover of her compact discs. “Adam?”

He smiled sadly, sighed then nodded.

“Adam… Nash?” He nodded again, and all the blood in her body dropped to her toes.

And this is where their story becomes, well… pretty much, a hot mess 😉 but it’s good – it kept me on the edge of my seat. I will stop here. I may have said too much with that *moment* (but come on, we knew she had to learn about his identity eventually, so no real surprise there) but there is plenty more shock and angst after that.

I’d like to end on this note. While I wondered how realistic her reaction was (and the moments after), I started thinking about it. I think, I would have reacted in almost the same way. When she realized who he was, of course, but also her reaction to the outrageous life he leads, his infamous badboy reputation, and some difficult situations ahead.

I get it. I *got* her. Their story made sense to me. Their moments alone, in the privacy of their own little world, as two normal people, felt right. But how much does it change, in the limelight?

I just wish this book was longer. But, as a 154 page book, it had plenty of everything I needed to feel complete.

Oh BTW. My husband seemed genuinely entertained by my favorite *shock* moment, and mentionned that it would be a perfect Lifetime movie.  Ummm… yahhhhh ok…sure…. (maybe without the dirty parts, and there are quite a few of those 😳 )

Ok so now, I have a favor to ask you all. If you know of any rockstar type books out there that I might enjoy, please PLEASE email me (or comment below) and let me know. I can’t get enough of ’em, and while Paranormal is still my favorite, and vampires are always my #1, sometimes I need a different kind of *bad boy* 😉 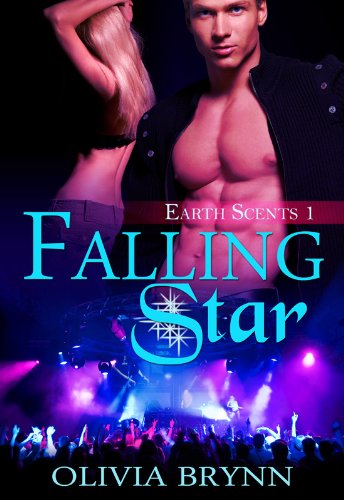 OOO another Rocker…I just downloaded Backstage pass and Rockhard over the weekend..lol another great review..
thanks for sharing
Jennifer

Maryse,
This is insane – my TBR pile is getting bigger. I really enjoyed Back Stage Pass and have downloaded Rock Hard ready to read this week. Now Falling Star gets added to the list.

Thanks girls!! It’s no secret now, I love the rockers almost as much as the vampires…

This is a definite must-read, if you’re into ’em too. And she doesn’t shy away from the steamy stuff…

Good suggestion I just finished it and really enjoyed it. I have just started Rock Me by Cherrie Lynn. Another bad boy story that is starting off good.

Ohhh I want Rock Me! Ok I’m gonna read it too…probably even tonight. I’m so addicted to these. Another one I read this week was Rockstar by Lexi Adair. Also very very fun and intense. Short, but well rounded. I think I’ll be reviewing it too…

Oh yes! I read that one last year, too.

will this one have a second book? liked it but didn’t think it quite ended right

I loved this book too but felt like it ended in the middle of the story. I hope there is a part two!
I’ve really enjoyed a lot of your recommendations!
Beautiful Disaster
Rick Me
We’re both excellent books. I just downloaded Sempre(Forever).
Thanks for all your insite!

There’s a new book that just came out on the 24th of Aug. It’s called The Mighty Storm. Another rock star book that you might fall in love with. My friend told me about it, although I haven’t started on it yet (just started Flat Out Love) I can’t wait to read TMS. I read the review and it’s supposed to be similar to Thoughtless, but better?! *gasp Well maybe you can do start on this and do a review for it to spread the word on this awesome book *trussstttt meee!!!! (my friend said) lol.

I think I love the rock star books more than the vampire ones!! Rock me is up there with one of the best. I have just finished reading walking disaster the sequel to beautiful disaster, if you haven’t read those two make sure you do!!! Music of the heart by Katie Ashley is very good too!!