Well this one, I must admit… I chose, by totally judging a book by it’s cover. Oh. And the awesome title. And the blurb. 😛 And, overall… it was pretty good, too! A light read, with a bit of angst, and steam, and OH NO HE DIDN’T moments. What made this one stand out to me, was how unique it sounded ’cause she was not your typical heroine in ANY way. Especially when it came to her appearance. The whole motto is DON’T judge a book by it’s cover. Clever author!!! LOL!

Fia: Maryse, I just finished Mimi jean pamfilloff’s Fugly, one of the best ride of my life, can’t put it down, definitely five stars for me, after her King series, Mimi jean is an automatic buy. Yayy me !!

Young: I just finished the sample of Fugly. OMG..MINE!!!! It sounds so fun! I love that the h is so unique and refreshing, and of course H is a giant mean A-hole The author is one of my favorites.

Kelly: Maryse, I read fugly and WOW. I am reeling from it. It gave me feels, angst, emotions galore and was well written. It is definitely a book that deals with a lot of issues and makes you examine yourself. My heart broke many times. I was waiting for a WOW book and this hit me hard! Read it.

In this one, she’s considered universally unattractive to anyone that meets her. Of course, we’re thinking… yeah right. That cover? She’s a babe, just maybe… insecure? Maybe… you know… the cute nerdy type that’s a total sex-kitten bombshell when you slap some falsies on her. Lashes, I mean. 😉 Tee hee!!

MichelleS: Well, then why they put HER on the cover if she is the most unattractive person he’s ever seen? because the girl on the cover? that girl would be owning that body and hair and I assume has the face to match!!!

Amy: I don’t care HOW unattractive she thinks she is in Fugly…with a body and head of hair like that on the cover, who cares! Makeup can work wonders on ANYONE.

Maryse: But that’s the thing… she specifically says… she’s got the “cute little body” and the gorgeous blonde hair…. BUT NOT the face. This is a good one… I think.

We’ll see… still in the first quarter. But I’m into it.

For real, my friends. She looks great until people look at her face, and apparently, she startles them. STARTLES!!! And yet despite this reaction, she’s comfortable in her skin. She’s been getting this reaction since childhood. Being raised by loving, supportive parents, and having friends, true friends (funny friends!!) that don’t see her the way the public does, she feels signifiagntly fulfilled.

She’s smart, she’s strong, she’s bold, she’s climbing to the top… and she knows better to let her appearance get the best of who she is. I LOVE THAT!!!!

And she wants to work for a cosmetics company who’s bold motto is built on ALL women being beautiful, no matter what the “social beauty norms” may be.

Maxwell Cole talked about how he only dated women whose “souls turned him on.” Anyone who followed celebrity gossip knew he’d meant it, too. That man had been seen dating some of the least attractive women in Hollywood.

She knows she fits the bill for this company, and everyone is touting their praises!

More importantly, he’d built his entire company on one philosophy: “When it comes to your looks, the only opinion matters is yours.” C.C.’s in-your-face, anti-idealization of women went as far as frequently featuring some pretty imperfect models in their ads.

She’s got this! Having all the credentials needed for the position (in fact, being overqualified), experience, schooling AND having worked for a company who’s owner is friends with this cosmetic company’s owner AND highly recommends her, she’s confident (no matter the stares of the gorgeous employees) when she arrives for her interview.

Except she gets the surprise of her life when she meets the CEO who will be interviewing her, himself, and he proves to be a total fraud. Completely opposite of his public image (and that of the beauty company he has built). One look at her and sends her on her way. And tells her it’s BECAUSE of her appearance he won’t have her working there.

“My salespeople need to step into a room and deliver an image that makes the customer want to buy our products. Not make them search for the nearest hill.”

That had been a polite way of saying I wasn’t good-looking enough, but the rage inside me wanted to hear him say the blunt, fugly truth to my face.

But she doesn’t let him off the hook, and soon… he sees something in her. And he’s is trying to get her back. But not just for the position she was applying for.

“You are the most unattractive woman I’ve ever met. And you are exactly what I need.”

He did not just say that to my face. I didn’t know whether to run to the kitchen and grab a knife to stab him with or drop on the floor laughing.

He continued, “Which is why I will also pay for your plastic surgery—top notch, no expense spared—if you agree to work for me.”

He wants her working by his side. And that’s when she learns all about Mr. Cole.

Maryse: I’m reading it as we speak.

So far… good… not crazy-good, but intriguing because he TOTALLY is a d!ck. Told her she was the most unattractive person he’s ever seen, but she’s SO qualified for his cosmetics company that he wants her as his personal assistant… IF she gets plastic surgery… GAH!!!!!!

Fabi: Oh grrrr I already want to hit him and I haven’t even met him yet. hahaha

Maryse: IN THE JUNK!!!!!! Believe me… she’s a spitfire and she wants to hit him there, too!

Anne: Ugh Maryse he said that?!? What a JERK! I want to meet him lol

‘Cause Mr. Cole? He has issues, and she’s just not sure what his true intentions are.

“If you don’t want the job, then I’ll take it. What’s it involve? Bringing him coffee? Morning bl*wj*bs? I’ll so do it.”

She smiled. “What? Don’t judge me for wanting to be his right hand—he is right-handed, yes? Because whatever hand he j*rks off with, I want to be it.” She sighed contentedly and stared at the ceiling.

“I don’t think you understand.”

Hahah!!! I liked the sneak peeks at the entourage…

Bossy, wealthy, demanding, jerk of an alpha-male, yes… of course. 😉 Pompous and apologetically rude? Mostly always. Especially when it comes to her. Oh there was shock, and gasping from my behalf. Ohhhhhhh…. when the secrets come out.

But I mostly liked it.

Except I found there were too many incidences of WHOA. WAIT!!!! Tooooooo fast.

Maryse: Okay I’m struggling… It’s good. It is. But she’s doing something that I think it’s too soon for… especially considering the woman-power message I feel this book is about.

Maryse: Almost done “Fugly”… I like it enough to read and finish it. It’s actually pretty good, I just get irritated by some circumstances… so it’s not unputdownable for me.

I didn’t think he deserved a lick of sweetness that (I considered) he suckered out of her. Too quick! ‘Cause she’s a virgin… never really had a relationship due to her appearance, but wow… WHOA. Yeah. I struggled with that a bit. Especially considering his admitted issues, and considering her amazing strength and self-confidence. And self-respect. <— THAT RIGHT THERE is what I depended on… and had things progressed LATER in the book… more attention to friendship and lessons learned and all that, before *ahem* THAT… I would have maybe liked this one even more.

Overall, a great underlying message, but one that I felt missed it’s mark in the story-telling journey. It was there, it was obvious, and it was almost fulfilled. But I found a few character-personality hiccups along the way, and struggled with Mr. Cole’s underlying “issue”. I suppose I believed it, but it was… too… easy… of a reason (as unfortunate as his own circumstances were, in regards to said issues). I dunno. Somewhat smudged her strength and the missive this sweet romance was trying to convey. And that pretty bow in the end? Oh it was there, but left me a little disappointed, considering the serious subject matter at hand.

Still, an overall likable read, with a light angsty “feel-bad”… then “feel-good” vibe. If you’re looking for a bit of a Pretty Woman/Cinderella/Ugly Duckling feel… then you will probably enjoy this one. 😉 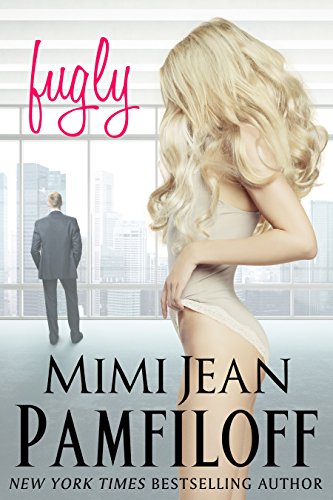