Full Measures (Entangled Embrace)
<— Suuuuuuper sweeeeet!!! Charged with emotion, a pleasure to read, and such a soothing balm to my heart after last week’s dark read marathon. Ahhhhh this one had just about everything to give me a fluttering of stomach-butterflies, and still had that touch of heartbreaking angst.

Nothing too extreme one way or another, but it had a bit of everything to keep me interested!

And it came highly recommended by many of our fellow readers!

Renate: Full Measures!!!  great read!!!  great mix of angst, hockey player, heat, drama., sweat…;-)    this read even though it is NA was captivating and enjoyable!

Shunda: Just finished Full Measures. Blew my mind, broke my heart and stole my breath…loved it and Josh…yummy:)

Celeste: I finished reading ‘Full Measures’ this morning at 3am.  I cried big, fat ugly tears, but man, was it great!  Definitely impressed with this debut novel – it was worth the ‘book hangover’ I suffered today.  Very well written, and the hero?  *swoons* Just don’t forget the tissues!  This was one where I had to get up and run to the bathroom and blow my nose – you know, the kind of book that has your husband waking up and asking what’s wrong?  Like I said, so worth it though!

You guys are so right! It was sooooo well written. Well paced, and touching in every way. And what a start!!! HEARTBREAKING. From reading that synopsis, I already knew what I was in for… no surprise there, but OMG did I FEEL it. I was falling apart with them. And that was the surprise for me. The fact that I could feel something that I already knew was coming.

This was our haven. Was. Why was everything was lately?

THAT right there ↑↑↑ is one of my all-time favorite lines. There was just something about it that struck a cord with me. Maybe I’ve thought the same thing before, but I knew exactly what she meant… what she was feeling, right then. Right there.

And maybe I didn’t “cry-cry”, but I teared up for sure! Twice. No. Three times!! The first time, devastating, the second time angst-ridden and the third time? *grins* Shhhhhh. I’m not saying anymore. 😉 Other than…. OMG that second time? *whooooo* It felt a bit like that scene in one of my favorite books that had me clutching my heart.

And let’s not even get into that other surprising scene. One I didn’t see coming until all of the sudden I did, and I couldn’t stop it… and I was all… NO. WAY!

“No,” I whispered, shaking my head in denial.

But fear not, Josh (her supportive new friend, her old high school crush and hockey coach to her little brother) is there to pick up the pieces time and time again. What a hero! What a heartthrob and… what a secret!

“Don’t answer it.” Mom’s strangled whisper came from the front staircase, which stopped only a few feet from the door.

“Mom?” I came around the steps and found her huddled in on herself, rocking back and forth.

That knock on her door ends her life as she knows it, devastating her family and forcing her to change everything, to try and hold them all together.

And the support of family and friends comes through in spades here. Especially when her high-school crush, golden-boy heartthrob “Josh” finds her falling apart at the supermarket and comes to her rescue. And she experienced a moment of light (and relief) amidst her perpetual darkness.

How could something as simple as seeing Josh Walker again right a little piece of my soul when the rest had been flipped so wrong?

As Josh and Ember become friends, and she finally gets to know the boy she’s always wanted to talk to, she struggles with just how happy she should be. Just how quickly she should jump into something with him, at the worst time in her life.

“We’re taking it slow until you say so, because I can’t bear to hear a ‘no’ from you. But here’s your only warning: I’m going to chase the f#@k out of you.”

Definitely had that “new adult” feel, but with a good measure of maturity. No over-the-top drama, just real reactions to circumstances that, had it been me, I don’t think I would have reacted any differently.

I didn’t want to feel responsible for everyone. I wanted to be selfish, to sleep until ten and skip class, to focus on the weekend party schedule instead of the pee-wee hockey schedule. Just being twenty would be nice.

But I wasn’t just twenty anymore.

Well… except for that one “misunderstanding/miscommunication/non-communication” issue that could have been resolved on the spot. But no worries… that was a *blip* on the screen of oncoming angst.

BUT!! I like a good dose of romantic angst, and while the true romantic angst will reveal itself soon enough and outshine the “small stuff”, and even though I eye-rolled a bit at that “one part” I secretly reveled in it, too. LOL!

And I think the only other “irksome” thing I experienced were Josh’s fangirls. I dunno. I mean I know they’re supposed to be shallow and b!tchy and stuff. But,  I just… *shakes head*. No matter how much of a “groupie” one is, I just don’t see real girls acting and speaking this way. So mindless and obviously pathetic and mean-spirited.

Mind you, I see plenty of this exact thing in movies and have read the same type of over-the-top cliché characters before. But they are just such caricatures of themselves that I always struggle to believe their part in these stories. And considering the “real-feel” of this one, had his fan girls been toned down a bit in “snarky-stupid groupie” department (considering how often they appear in this story) I may have actually enjoyed the monkey-wrench angle they brought to the table.

So all that to say, this is a good, sweet, fulfilling read! It wasn’t necessarily unputtdownable (to me), but it had everything I needed to have a book-broken heart… and maybe a healed one, too. I’m not gonna say, either way. That’s for you to enjoy! 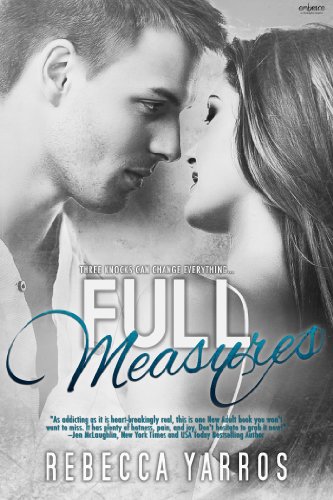 I loved this one too!

I loved the story. The emotions from the coming home reunions to the loss and grief from this book are realistic and I’m glad a author got it right. I was stationed in Colorado Springs so it definitely hit home for me.

“And maybe I didn’t “cry-cry”, but I teared up for sure!” Haha! Oh my gosh, you definitely have a much higher angst threshold than me! Some of the books you love I can’t even attempt because I just reach a certain point and I can’t take it. I absolutely shut down and need the happy, you know?

I’m actually starting No Turning Back tonight. I’ve got to see what all the buzz is about!

I loved the book too and totally agree with Lindsay….the emotions from the beginning notification and then the home coming reunion just seemed so real to me and I FELT it! I loved that it was her Mom that showed her how it could be!