Hold
A fun little afternoon quickie, that promised a “bad-guy” (NOT bad-boy) thrill!! All of the horrible “what ifs” raced through my mind, when a lone woman is thrown into a practically all-male prison in a futuristic sci-fi/post apocalyptic read. One where society and the government has a whole new set of rules (and some of ’em… inconceivable)!

The whole “survival of the fittest” theme dictates this story and has us reevaluating equality issues (specifically between men and women). Because no matter how far we’ve come in our society, when subjected to the brinks of anti-social hell, all the rules and rights are thrown right out the window. Primal urges, anarchy and a fight to survive dictate a new way of life (or death). In this prison, it is… a “dog eat dog” world, and women are just a commodity.

Find the strongest man there. Give yourself to him in return for protection. It’s the only way you’ll ever survive.

Genus 6 was a prison planet.

Where inmates are for the most part, abandoned, practically starved, have nothing to do, have little by way of clothing and supplies. Where hygiene is long forgotten, and the government does the bare minimum to care for the criminals.

But here’s the thing. Not all those that are there are true criminals (even a slight as accidental trespassing is considered punishable by life in prison – thrown in with the worst of the worst). That’s right. This is a society where ALL crimes (no matter the severity) is handled in the same manner. Criminals are sent to a “prison-planet” that is covered in a toxic water. So escaping the prison is futile… as all escapees will perish outside of it, anyway.

So what happens when an independent, reclusive woman finds herself imprisoned in a makeshift hell?

This was real. She was really a prisoner, about to be thrown into a prison hold with a couple of hundred rough, violent criminals. With no mercy and no protection.

She’d be lucky if she made it through the night.

She has to shed her social expectations when she realizes the only thing she has of value is her body, pushing her right back to the cavemen era. If she wants to survive, she needs to find protection from a male, hoping he wants to take care of her, allowing him to claim her, in exchange for… well… all that comes with that kind of partnership. *gasp* Here’s hoping for the best, amongst the worst.

And I guiltily delighted in following Riana’s personal plight. Her outright horror at her new life, the terrifying males that were all to willing to “claim her” (yikes!!!)

…and the the most reclusive, no-nonsense one that seemed to discreetly rule the roost. The only one that she was hoping for.

He didn’t have the biggest cell but he had the best one— with bars and the private toilet. He would have had to successfully defeat others to win it. Just because he didn’t mingle in the warped community that constituted the prison didn’t mean he wasn’t more than capable of tackling it.

She had no hopes that he’d be kind, gentle, or loving. But looking at him didn’t sicken her like looking at everyone else she’d seen here.

What a ride! I LOVED that it was entirely from her POV (so many questions and fears, and hopes that I got to live with her). It was scary, SUPER-STEAMY (yes… I read EVERY single bit of it without skimming), and hopeful… and even romantic, due to the personal connection. Some relief for sure, from the horror of her reality, but everything depends on him:

1.) being kind or at least not abusing her and

That constant fear of being abandoned amongst the rest of the prison population kept her (and me!) on our toes. This damsel in distress definitely needed saving, and I enjoyed that journey!

Mind you, while it was a complete story, due to it’s shorter length, I feel we missed out on a lot of what could have been a very deep connection, not just for the two main characters, but for the reader, too. Private, possibly meaningful conversations were mostly glanced over by the author, in exchange for the super-sex. And while I loved “living” with them during their attempts at staying alive amongst the human-monsters (some great detail there), the ending was quick. This one had great potential and could have definitely been at least 100 pages longer, and it could have been just a bit more risqué (by way of horror, angst, and well… why not? Sexy-times). LOL!! 😛

Still, it was a good “afternoon delight” book-choice, and the price is right, so I’m happy I one clicked it. It’s *slightly* reminiscent (by way of HOTNESS and scary-people feel) of Kit Rocha’s Beyond series. So if you liked that one, this will likely do it for you, too!

3.75 stars!! <— Would have definitely been at least 4 stars, had it been just a little longer, and if it had a bit more *oomph* in personal depth and emotional connection. But still plenty good!! 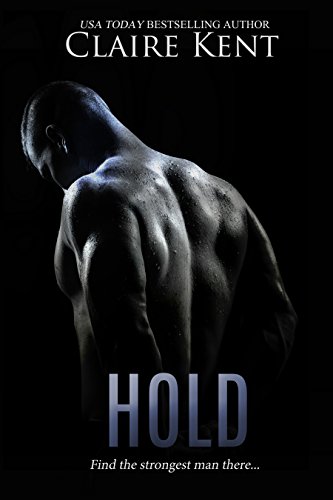 Hmmm, think I’ll put this in the tbr for when I want a short, quick read. Funny since this is a re-release that the author says is “substantially revised and expanded.” Makes you wonder how short the first version was.

OMG Bounty was just downloaded on my kindle. Know what I will be reading tonight. Also I read Hold a couple of years ago when it was called something else. Was pretty good for “the time”. Expectations weren’t as high then. Think I will read again (after KA of course) and see how it has improved.

Yeh Hold was good. I read the first edition under different author name years ago and the book stuck with me, very early ebook that you had to print out (opps can you say dinasour) . It was so good when republished I auto bought. Thanks for letting us know about book 2. Cheers