X
You are here: Home / My Book Reviews / Book Review – I Hope You Find Me by Trish Marie Dawson

I Hope You Find Me
Hehe. I’m chuckling at how I described this book to you guys last week (before I had actually read it). I pretty much had NO clue what this book was going to be about, but I thought I did. I had the impression that it was one of those “kidnapped girl” stories and the hunt to find her. Bad guys and all that. Oh boy was I wayyyy off. Sorta.

In fact, it started off even better than that. It seemed to be just what I was looking for these days (an apocalyptic-type thriller), and I had the shock of my life when I realized what I was in for. Stop now if you don’t want to know any more.

BUT!! Before you go, I want to say that the 1st half for me was almost 5 stars (I couldn’t believe my luck!!) and the 2nd half well… I could have loved, but I didn’t. 3 stars overall in the end.

By the second half, it felt rushed, with a bunch of characters that were thrown together and I barely felt for any of them. There was just not enough time left in the book. I couldn’t figure out what where this was going (even though I thought it was kind of obvious, there were still other “distractions” that made me wonder if I was about to be surprised).

Sometimes that’s a good thing, but in this case, too many different “villainous” possibilities and not enough time was left in the book to really flesh it out. A bunch of crazy was thrown together (which I can BELIEVE somewhat – personality clashes and such) but I didn’t enjoy it so much in this one. I was more irritated than nervous. Peeved at all of the different angles and “last minute” reveals that didn’t seem to matter so much anymore, when they really could have.

Also, there was a supernatural/horror angle that never fully developed (and therefore didn’t scare me at all), but also *could* have been quite something.

And don’t even get me started on the main character’s personality change. An initial depth, and beautiful sorrow that was eventually lost to a more carefree/irresponsible version of her that I didn’t quite believe. I… lost her. *sigh* So from an awesome start to not so awesome finish, this ending turned it into a 3 star book for me.

Okay so what’s it about?

The heroine is one of the last survivors on earth after a virus has pretty much… wiped out the world. Devastated from the loss of her entire family, and lonely and scared… she seeks out other possible survivors.

The virus that had swept across the nation like an unchecked wildfire killing most in it’s path didn’t do a damn thing to me, or our four year old black mini-lab/cocker spaniel mix.

As she travels through the city, she leaves notes here and there in case people are looking for her. “I hope you find me.”

Family and Friends: No one is alive here, It seems the City is dead. I’m moving on to the bus station then the airport. I’ll leave a message for you at Terminal One.

I hope you find me. – Riley

Then she meets hottie, brooding “Connor” (he actually saves her) and a tentative friendship begins. She’s leery, but he seems like a good guy. Is he? Only time will tell. And while most of the world is without electricity and pretty much… non-existant, some places still have emergency backup generators, so when Connor invites her to his luxury hotel room to stay (fully equipped and electrified ;)), stranger or not, he’s all she’s got, now, and so she goes. Plus her cute dog likes him (I LOVE that dog!!), so it’s all good.

That small voice in my head warned me not to trot off into the distance with a strange man, no matter how attractive and nice he seemed to be, but I refused to listed. It seemed somehow worse to be alone…

And then… more people find them (remember those notes she was leaving everywhere, for her loved ones? I was finding them quite pesky all of the sudden when strangers ended up following her bread crumbs, too). What seemed like a great idea, suddenly was threatening my (I mean her) newfound comfort.

What I loved? The whole beginning. In the first half, the detail, emotion, and imagery was intense and thrilling (even though I felt guilty for being thrilled by such torture). Great writing, deeply moving (it made me tear up)…

… I was somehow kept alive to see it happen. It was my own personal Hell. So I stayed next to her my beautiful daughter, and cried. I cried until my heart broke and I thought that for sure would kill me, but it didn’t.

*sniff sniff* I know… right? That whole scene killed me.

And at times, horrifying. A few very scary moments (both human and supernatural). An adventure and lots of hope. The struggle and the relief in the few places they found that had them somewhat living like they were used to. Kind of like high-end camping. I loved the planning, the getting there and even a few new people they met up with. I couldn’t wait to see what “horror” awaited me in my temporary comfort.

But in the end? Not so much. “Scary” came… and went. Fast. SOOO many opportunities to really ramp-up the fear factor, but there was so many “scary subjects” thrown in that nothing ever really got to THAT terrifying (i.e.: thrilling) level. So many scary apocalyptic things got their moment in the sun, but faded fast, too.

I felt it was a bit messy (which could have worked considering the mish-mash of personalities but for me, didn’t). It felt rushed (instead of a more fast-paced adrenaline inducing 2nd half) and so I lost my feelings for an important character. There was just something about the heroine’s flirty reactions to the men that surrounded her that didn’t sit well with me.

And then, there was the end. By then I was simply exasperated and not sure I wanted to follow through with the next book. Maybe later, once I’ve let some time to pass. 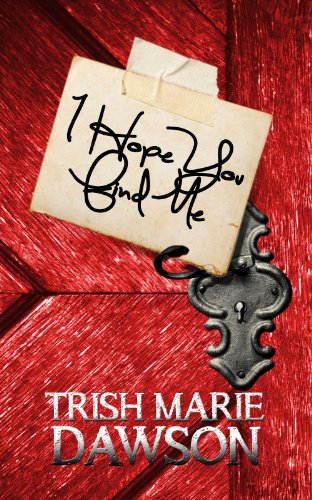