X
You are here: Home / My Book Reviews / Miscellaneous / Book Review – In the Warrior’s Bed by Mary Wine

In The Warrior’s Bed
Quick Note: I read this one almost a year ago (it was a free e-book). I was still SUPER hardcore into my paranormals back then (I think this was my first foray into new territory). I decided to take a “breather” and try something new. I don’t know now, after all my recent awesome bad-boy books, if I’d still love this one as much as I did when I first read it, but I remember thinking while I was reading this, “WOW, I have been missing out…”

So I wrote this review for my friend, and told her:

So here it is. My original book review:

With all the reading I have done, why am I still so new to historical romance? Why oh why, despite my being an avid reader, have I been kept from such passionate embraces? Why have I scoffed, thinking “Ugh, who cares about Earls, and Highlanders? And what the heck IS an Earl anyway? Blah so boring!”

Ha! What did I know? Cause lemme tell you, if the men back then were anything like Cullen… *sigh*

Ok so in this book, there are TWO Scottish clans (neighbors and rivals). The McQuades and the McJames. Bronwyn is a McQuade. A sweet and pretty girl who is mistreated by her male dominated household. Being a female, she holds no real worth to her father and brothers, and is therefore is left to serve them with the “help”.

So one day she takes her horse for a ride (well, not “her” horse because her ass of a father couldn’t be bothered to dress her and keep her warm and comfortable, let alone give her a horse) but I digress…it’s her favorite horse in the stable, and she hops on and takes a freedom ride far to the edges of their land. Cullen (a McJames) is also riding on his property and they accidently meet at the border. A few slight exchanges (ok he flirts, she blushes, he wants her name, she refuses)…and that’s it. Her ass brothers show up and take her back with them, furious that their “tramp” of a sister is frolicking with the enemy. Oh please (jerks!).

But, their father sees it as an opportunity to petition their King to arrest Cullen McJames, and in court, her father publicly pronounces her *ahem* “promiscuous”, to their world and unsuitable to be wed.

The king, however sees through her father’s claims (his “ass-ness” is known throughout the land), and speaks to Bronwyn privately. The King, also being fond of Cullen and the McJames family, grants Cullen McJames’s request to allow him to marry her (as long as Bronwyn agrees). Bronwyn, however, does NOT agree. She’s infatuated with Cullen, to be sure, but she doesn’t trust his true intentions.

Cullen however is smitten with Bronwyn. Unable to think of anybody else, despite just a few flirtatious exchanges, her blushing cheeks have stolen his heart, and he can think of no one else. All he wants is to protect, treasure and love her forever.

So. What’s a warrior to do? KIDNAP her! Yup. He and his allies sneak into her chambers, hog tie her, gag her, and kidnap her! Yup. It’s true! Was I appalled? Nope! Tee hee!! For some reason, I found this completely appropriate and romantic. Yeah…there’s something wrong with me.

So after a few unsuccessful begging requests that she marry him willingly, he seduces me…I mean… her 😉 and the next morning, the sheets do NOT lie. The bishop himself is witness to their sins. Yup! Frolicking, they have been, and as any good catholic knows, to redeem themselves, they MUST marry. Oh DARN! SIDENOTE: Did they actually hang the sheets out the window like that for all to see? OMG!! UGH!!

And here’s where the trouble starts. Oh sure, they’re married. But NEITHER trust each other. Hot and heavy in the sheets, but when the sun rises they look at each other with a totally different regard. Could they ever truly love, without trust? He constantly feared her loyalty to her clan and knew of her desire to flee (I mean, come on…who willingly stays captive to an enemy kidnapper? ME! I mean nobody, that’s who. Poop. 🙁 I think have Stockholm syndrome, and I’m not even the kidnappee!). Would Bronwyn ever believe he truly wanted her as his wife, other than for political gains?

LOVED it. I loved the sexual tension. I love each time they panicked (and there were many instances where even Cullen FREAKED right out!)

I loved the fact that it wasn’t easy. But I especially loved my longing for their relationship to flourish.

“Ye sleep in my bed, Bronwyn, and in my embrace. Always.”

So readers… any recommendations on historical romance must-reads? I still love my paranormal romance, and most definitely my rock stars, but I realize… maybe you guys know a few that I don’t know? 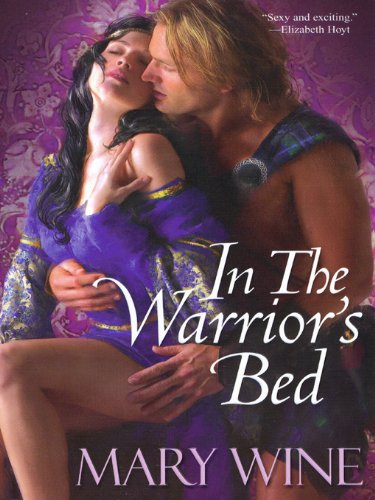 I just recently started reading historical romances too since I kept reading bloggers reviews raving about them. I am just starting out but here are a few I have liked
Unveiled by Courtney Milan
A little bit Wild by Victoria Dahl
Slightly Married Mary Balogh
The Gentleman and the Rogue Bonnie Dee FYI – this is M/M incase that does not interest you.
I have heard/read a lot about Lisa Kleypas’ books and they are on my TBR list just haven’t gotten to them yet.

My favorite Historical Romance author is Lisa Kleypas. Her books have a great combination of romance, suspense and humor. Sometimes for me I notice that some Historicals can be kind of stuffy but not hers, I think you would really enjoy them.
My favorite stand alone is “Only With Your Love”

“The Wallflowers” and “The Hathaways” are two of her series that are wonderfull!

Quick note since I noticed that you are liking contemporary romance I think you would Love her contemporary trilogy she has…the first book is called “Sugar Daddy”. It’s one of my favorite books!

Judith McNaught provides my aaaah moments in between paranormal romances. My two favorites are ‘Whitney, my love’ and ‘Once and always’. I’ve also ordered the new Maya Banks. Think it’s called ‘In bed with a Highlander’. Really looking forward to that. There’s just something incredibly hot about a guy in a kilt and a claymore strapped to his side.

Awwwww I am so excited…can’t wait gotta love the kilts….(hmmmm makes me think of that song…scottsman kilt)

I’m going to recommend Lord of the Scoundrels by Loretta Chase. It’s consistently at the top of the “best historical romance lists” and i think you’d love the hero. Plus, best of all, the Kindle version is on sale right now for $1.99.

Thanks guys!! I’m going to check these out for sure!

After Julie Garwood’s Highland Series and The Lion’s Lady this author Mary McCall is my next fav. Highland Captive is a series (next book is yet to be released). That book was not only hot and steamy but I don’t think I laughed out loud embarrass myself in public so much in any other book that I have read. Saying that this author’s writing was witty and charismatic would not give it justice. Next in line would be Sophia Johnson’s Always Mine was very good too that had me lol also, this is a 3 book series.