It’s well known that I’m a HUGE fan of this author’s stories and writing style (she goes where it hurts!!), and when my fellow readers came back to me, ecstatic about how they devoured it, I was THRILLED!!!

Robyn: Okay Gang, you guys have got to read Jersey Six by the fabulous Jewel E Ann. This Author just gets better and better with each book she writes. Her mind and writing style just blows me away. The characters in this book took me through every emotion. My feelings were all over the place.

You don’t know what is going to happen until the end of the book. I kept chanting it will end happy, it will end happy…..Jewel has your back. Read this book and then devour every other book that JEA has written. Every one of her books take you there!

Cheryl: Just finished Jersey Six. 5 stars!! It was a rollercoaster of an emotional read. Your heart just breaks for Jersey. I was on edge wondering how this was going to end. I did figure one thing out correctly but was surprised by something else. Just when you think it’s going to be ok, nope, real life continued to happen and the angst just kept coming. Perfect ending; does not leave you wanting more.

Definitely a book you need chocolate and tissues for. If you have triggers it may not be the book for you. I wouldn’t say Jersey is depressing, but it does deal with some heavy subject matter.

Jean: Hi Cheryl! Finished Jersey Six last night! Loved it! I too was able to figure one thing but the other twist I did not see coming!! …Loved it! …Another great book by Jewel E. Ann!

Linda: Good morning and Happy Friday!! Jersey Six. Finished last night. Jersey and Ian will be in my head for awhile. Yes one of those reads that is so amazing but sooo painful too. I agree with Cheryl’ s comment. I had some things figured out but not the other!! Oh my heart. Another book where you don’t want to skim over one single word. Jewel E Ann never disappoints!!

MichelleS: Just finished Jersey Six, by Jewel E Ann. OMG!! It had everything. Romance, suspense, mystery, rock star, everything unraveling slowly… surely will be best of July & on the best of 2019 list FOH SHO! I devoured it. This girl can write. We know this!! Throwing peanuts your way Maryse.

Maryse: I am on it, MichelleS!! Starting it right now as we speak. *crunches peanut*

MichelleS: And for Amy… third person narrative keeps you on the edge of your seat!!! AAAAAND …. KU… That is all. Enjoy the ride.

Amy: Thank you, MichelleS!! I remember seeing it but never clicked it. Your reaction (and tip for me ;)) convinced me to finally get it.

YES!!! This is one that I devoured in one sitting. Sunday morning to Sunday suppertime, with nary a break (a few food and bathroom breaks) and I finished it. Whooooooo!!! I haven’t done that in ages!!! That said, I may have devoured it, and I felt all sorts of things while being hooked, but much of it was fury. LOL!!!! 😉

And this is the ultimate fantasy, my friends. So what’s it about?

A homeless girl named “Jersey Six” (with a street smart, tough-as-nails attitude to go with that bad-ass name!) accidentally bumps into someone (or him into her?). She’s not interested in pleasantries (he buys her a hot dog and gives her money) and her extremely suspicious nature gives him a run for his money.

Hard work, a paycheck, job promotions … and a million other things imparted a sense of pride to the average person. People who lived on the street could be proud and starve to death, or they could swallow their muted pride along with a hot dog and possibly some spare change for their next meal.

But “Ian” insists on chatting with her and sort of befriends her and she realizes he might actually be okay. And then…

“What if I offered you a job? Would you be interested?”

His eyebrows squeezed together. After a few seconds, he returned an uneasy nod.

He continued with his slow nod. “I realize this.”

Yep. AND when she tacks on that her best friend having that same job with her, too, as a requirement to her accepting… he goes for it. But her best friend Chris has his reservations about her “new friend”.

“Doesn’t feel right. A stranger offering you a job on a whim is a little worrisome. And offering me a job having never met me—seen me.” Chris shook his head. “It’s not right. It has to be some kinky sh!t.”

“I told you it’s legal.” She zipped the bag, and it crept back open because the zipper was broken.

“Chris …” Jersey frowned. “We share a mat and what amounts to one and a half blankets. We take food and money from strangers, dumpsters, and places that are just too embarrassing to admit. At this point, I’d exchange a little kinky sh!t for an actual bed and regular, hot meals.”

She has NO clue WHO he is because being homeless means what’s current and popular is not a part of her priorities. It means nothing to her survival. Until now. Now, it means EVERYTHING.

Because he’s a famous rock star (and I. MEAN. FAMOUS!!) and he offers her a chance at the life she’s always wanted.

“You … you’ve never listened to his music?”

Jersey shook her head. Maybe she had heard his music. The guys at the gym played a lot of music, but she didn’t know artists, pop culture, current events, or anything that didn’t involve boxing or the means to get a meal.

“Have you even heard of him before today?”

And now she’s even more confused. WHY HER?

Ian owned the stage, his guitar, and the crowd. Everyone wanted to see him, have a chance to touch his hand, look into his eyes. All Jersey wanted was to know why he bought a homeless woman lunch and offered her a job.

And so, the crazy-ride begins. Yes, it’s CRAZY, and over-the-top, and I could totally NOT relate to it at all, but still… I inhaled it (sometimes, to my own detriment, when my mood got dark). Because yes, my friends. This one gets DARK.

“Run, Jersey. Don’t stop. Keep your head down. Stay out of trouble. And maybe you’ll live. Maybe you’ll find some way to turn this sh!t life of yours around.”

The abuse she (and the other foster kids from her childhood) endured is atrocious. From one hell to the next.

“The system is flawed. Most homes are good. Most foster parents are loving. How you’ve managed to find the rare exceptions …” He shook his head.

But now she’s all grown up, and she’s out for blood. And as luck would have it, someone connected to her childhood is now in her life and intends to have her back the whole way through.

Having something in common (and both being homeless) they become absolute best friends (and sometimes… the devil on each other’s shoulders). Almost had a touch of that romance/revenge feel that “Bang” had (by E.K. Blair – P.S. Here’s my Book Review). Remember that one? Not at all the same story, but in the same vein… that dark, connected partnership, plotting revenge together. If you liked that one, then this is one of those!

This one, however, was not my favorite in her repertoire. In fact, I was incensed at times at how enraging some of these characters could be.

*SPOILER ALERT* (not really a spoiler but you know how I am about preferring to go in blind, so skip this next part if you don’t want to know who was making me mad and why…)

Maryse: Okay so I’m almost done. Read it in pretty much one sitting, but you guys… I can’t STAND Jersey.

I sort of could… but she’s physically abusive and I abhor that. I don’t care if she’s a female and angry and lived a bad life and whatnot… how she can just punch & pummel away at anyone, man or not, when it’s not in self-defense, when he’s not hurting her in any way, JUST because she’s mad, infuriates me.

If it wasn’t for that, I could have probably really loved this book for the craziness of it all. It’s over-the-top, it’s not much that I could relate to, and their actions are maddening, but I was still into the story…

To the point I was considering DNF’ing… but come on. I HAD TO KNOW WHAT WAS GOING ON!! I DNF ’cause I’m bored, not because I’m mad. And I wasn’t bored in the least.

HOLY MOLY I didn’t even see THAT coming…

Amy: Aaaaaaaaand Maryse’s reaction sealed the deal. It will be one of my next couple of reads.

3.75 stars <— WHAT?? I devoured it, and was shocked and appalled (and titillated) by two unpredictable twists? Shouldn’t I consider this AT LEAST a 4 star book? Probably. But I was too angry to love it. So there’s that. 😉 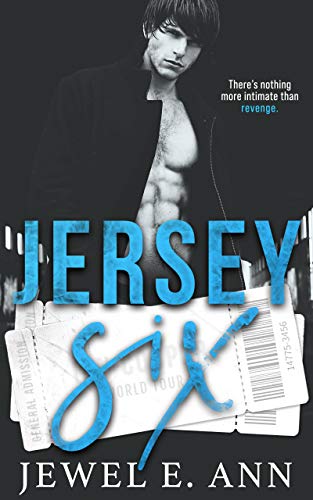 Great review! Nailed it. Yup… dark and oftentimes unlikeable, but DANG, I couldn’t put it down. The reveals? Didn’t see one coming at all. Not easy to relate to anyone in the story… but, it had my attention the whole way through… and for that it ranks high up for me.

Yes for sure!!!! I will never forget that story…

Even a bunny with one ear still hops….brings me to tears every time I think of it!!!