X
You are here: Home / My Book Reviews / Book Review – Love in the Light by Laura Kaye

Love in the Light (Hearts in Darkness Duet Book 2)
This was the follow-up of a short story that I read years ago and absolutely loved. And I’m so glad I took a chance on it, ’cause back then? Anything less than 300 pages was almost an instant “no” for me. But the premise of Hearts in Darkness (two strangers stuck in a pitch black elevator for hours together) had my interest, and while it may have been short in pages, it was plentiful, in story!! My heart felt it, and I always wondered… what happened to these two that bonded so intensely… once upon a time.

If there’d ever been a silver lining around an otherwise bad situation, it had been having the freedom the darkness allowed to get to know him. And for him to get to know her. Since then, they’d been nearly inseparable.

And this was a TREAT!!!! Not just a follow up, but one that was longer than the initial story, and one that started for us, just two months after the elevator incident. So it’s still new “love” with all the insecurities the come with that. The attraction and intensity was still in full force, but better yet, all of that “get-to-know-you-in-life” stuff was also front row and center.

Which means… angst potential! Worrying about falling in love too fast.

Plus all that they confessed to each other in that elevator becoming a living reality once they begin spending so much time together. Those things that haunt him, her protective brothers (and her ex)… it all becomes their reality when they come out of their romance bubble and explore their separate worlds… together.

She was the light to Caden’s darkness and had been since they’d been trapped in that elevator. If anyone could take some of the weight off his shoulders, if anyone could make it easier for him to breathe, it would be her.

The angst hits hard! Well… not as hard as if it had been explored over 300 pages or more (yes, I’m still thinking a nice slow down in story telling would really maximize the impact) ;), but it’s there and it’s hurty. Even a bit scary at times. Especially emotionally.

Tightness parked itself in the center of his chest. Why was she pushing on this right now? And why did it make him feel like the walls were closing in on him?

Ohhh yes. This one goes there. And I LOVED that!

I do feel the ending was rushed and a bit too “sweetly perfect” considering the intensity of the dark journey we took. The two pieces didn’t quite match, for me (in this particular story). But overall, it was expected, it does take some work to get there, and therefore made sense and felt good enough to lull me into a sweet-dreams kind of sleep. So while this one didn’t “get me” as much as #1 did, I still enjoyed it overall. 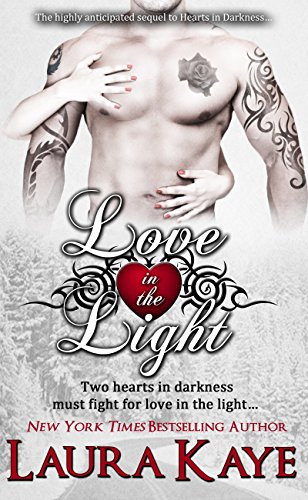 I read both these books over the w/e Maryse and I agree wholeheartedly with your review. The first book was such a unique premise but the second half of book one and book two presented much of the same storyline as so many others….damaged boy/angelic soul saving girl.
I was happy the second book threw H/h some RL curve balls but like you, a bit more slow burn would have strengthened the angst for me.

Just on the part when they are sharing favorite Princess Bride quotes, lol.