Lover Revealed (Black Dagger Brotherhood, Book 4)
The fourth installment in the series, features “Butch”, the human cop that has abandoned his life to join the trials and tribulations of the Vampire Brotherhood. Best friends and roommates with the Vampire, “Vishous” , we join Butch through his struggles as a limited human that is in love with an Aristocratic Vampire “Marissa”.

Marissa, unconditionally devoted to Butch (his humanity and weaknesses do not deter her), has to consistently face-off with Butch’s male instinct to protect and be strong for the love of his life. He feels shame in his inability to fully fight with the Brother’s in battle, and comes to the realization that all of his fancy clothes, cars and “digs” have not been earned by him, but are just provided to him by way of his living in Brother’s mansion.

Again, much angst to deal with, and a constant push and pull of just letting things happen, vs. fighting for one’s dignity. A few excellent twists and turns in this one along with Butch’s lineage, and just how deep the relationship between Butch and Vishous, really cuts (that love almost seems to rival Marissa’s).

Butch does grow as a character, with a twist on his past, along with a new found ability that proves to be scary, and yet could be of great value to the Brotherhood, against the Lessers.

We also learn more about “Rhevenge” (Bella’s half sympath, half vampire brother), Marissa’s own struggles against a male dominated aristocracy, and their expectations for the female roles.

In this novel, while the two main characters are Butch and Marissa, there are other characters that are also richly explored, helping set us up for future stories, including John Matthew (still Pre-Transitional) and his deep depression while he misses the only father he ever knew.

My favorite part ? The ceremony at the end of the book, was very well described. Every emotion, every visual, it was as if I was there…and, you just gotta love “V”! 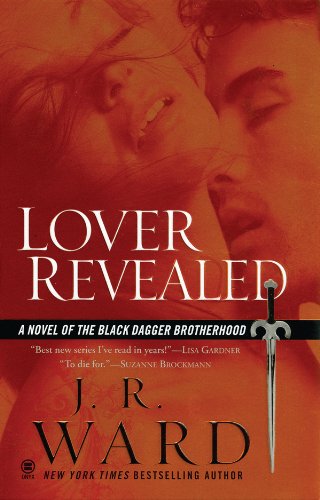 i love J.R. Ward’s books and i was wondering when will she be coming out with John and Xhex’s book…im really looking forward to it! I don’t understand why so many people don’t like John, he and Zsadist are actually my favorites.

Oh Zsadist is my absolute favorite!! I will check out any rumors I hear about upcoming books, and make sure to post them here. I am curious too!

i love Butch and Vishous! Though i feel bad for both of them.

Really love the BDB book´s. They really know how to hook a reader! Rhage and Zsadist are my favorites! Allthough there is one flaw in these books, it´s all the abbreviation like SOB (that one i do know) but the others, as english is not my native language i don´t know the half of their meanings:( But all and all the books are one of my favourites.