X
You are here: Home / My Book Reviews / Book Review – Marriage For One by Ella Maise

I have a great fondness for stories about complete strangers getting married (whether it be arranged by family, or for appearances sake, or for financial reasons). Getting to know one another, through all that turmoil, and feeling completely disoriented just sucks me in!

Sometimes when it comes to romance, there’s nothing better than all that initial discomfort (and even distress) over having to live with someone you don’t even know (and may not even like), let alone acting like you’re in love. FUN!!!

And this one tempted me HARD, because of that blurb (teasing me with promises of turmoil, pining and maybe even eventual unrequited love – from the heroine’s POV – which is my favorite).

His actions spoke the loudest to me. And day after day my heart started to get a mind of its own.

And so I jumped in, rubbing my hands together in anticipation of the mess she had just gotten herself into. 😉 I know… I’m mean like that. *snort*

I absolutely loved being in her head for the most part. I TRULY liked her, I found her silly-funny, and relatable and vulnerable and well, sure… a bit naive (maybe too much, for some), but there was just something about her that I connected to. I could see myself in.

Ohhhhhh how I WISH we had stayed in her POV throughout. There’s nothing better for me, than to pine and stress over the strong and silent guy I’m into (I mean… that SHE’S into), wondering what his motives are, wondering what he’s thinking, being all uncomfortable with his grumpy, scowly demeanor. Ahhhh such romance-stress bliss!! 😉

Alas, we soon get his POV (and he’s pretty great himself, so it’s no hardship), but I wanted to learn that he was pretty great by his actions, and her observations of him. Eventually. As they got to know each other… slowly. But being in his head pretty much from the start, we are privy to who he is, and how he feels, despite the fact that the heroine is not. Which tones down the effect of worry and heartache that I could have had, had I been living with him, strictly through her eyes.

Rose is struggling with heartbreak after the love of her life just dumped her, while simultaneously stressing over a newly broken contract (that she had with her now deceased uncle) on a coffee shop she had just spent all of her savings on. That contract was now null and void… her dreams all going down the drain. Everything was now going to be owned by her cousins (who had NO interest in working with her on the initial deal).

But her uncle did include a stipulation in his Will. If Rose was married, her HUSBAND would inherit the coffee shop. But her dreams of marriage were now gone too.

That is, until an attorney at the firm offered her an out. Or an “in” I should say. And I’ll let you read the rest from there. 😉

It kept me interested, but it was long (over 500 pages) and at times, predictable (I was waiting for a gasp worthy twist that I didn’t see coming, but I pretty much had it figured out early in the book). That said, plenty of it kept me captivated and power-reading. From her getting her coffee shop ready (so fun – I could SEE it), to a certain surprise situation that had me hooked and anxious, to giggling over the heroine’s goofiness (and HIS reactions). *snort* LOVE THAT!!

Yet at times, I found myself skimming to get back to the heart of the story (or hoping, at least, to get back to feeeeeeling the angst). I love a serious push-pull, and this had that to an extent, but I think I needed more in terms of lack of emotion maybe? From him? *sigh* I dunno. Like how that blurb made it seem!! THAT!!

It was a bit too easy on me, but I was hooked enough and needing to know the “bigger picture”. I knew we were up for a big angsty reveal – though in the end, some of the reveals and explanations were a bit over-the-top for me. And made me grumble.

3.75 stars! <— I enjoyed it, but it didn’t have that intense, unputdownable feeling for me, you know? 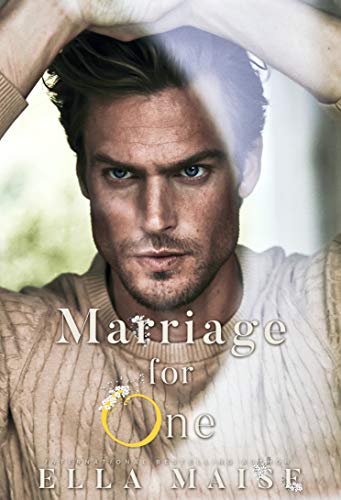 He was pretty sweet with his constant flowers for her tables. He certainly made me swoon. 😉

Oh!!! And his constant concern over her wedding right. *swooooooon again*

Nah that’s sad to hear Maryse, because I was really hoping for the same things that you did. I was excited when I read the sinopsys. I thought it could be my next ‘The Unwanted Wife’ book. =/
Thanks very much. Great review as always.

I’m actually going to be updating our “Unrequited Love” list soon, so I bet we’ll have some awesome new recommendations on there. 😀

Great review! I started this book and something didn’t quite work for me.

I just feel like this could’ve been a better book despite all these shortcomings you mentioned If it was about 280-300 pages long and not 500. I’ve only skim read it and it didn’t click for me