I was excited for this one! Just the fact that it was written by an author that made my best of 2015 list, sent this one to the top of my TBR list. The blurb, indicating this was a story exploring second chance love, about people from two different worlds (ooooh potential conflict!!) AND then this part of the synopsis really had me wondering…

“…making the very best you can with what little you’ve got.”

Oh yes. I was in! And don’t get me started on that intriguing prologue. Lots of answers that DO eventually come to light.

Marion: Missed Connection!!!! Balled my eyes out!!!!!! Woooooo what a way to start the year!

Maryse: *squeee* Lisa. Tonight I’ll be reading Missed Connection so we might just be buddy reading this one.

Jean: Oh no Missed Connection….you are scaring me Samantha!

Whoa. Yep! I was anxious to find out what the ugly cry warning was about.

But I went from intrigued, to disappointed (mostly at the initial pacing. The seeming “predictability” of it all), to intrigued again (a twist!), to really loving the ending. This book truly comes full circle, and while for most of the first half, I contemplated squirreling and starting something else, I’m glad I held out. I have a strange sense of fulfillment, for a story that, at first, I thought wouldn’t have much depth at all.

So what’s my issue with the first half (at least… for the most part)? Well… from the prologue, which already had me guessing, to the heroine’s mental illness (that could have really provided a sense of magnitude and emotion to their story), I was in!

I’m not the kind of manic depressive who has unstable behavior, I don’t get reckless during mood swings or violent or do things that I regret later. Sure, mania delivers me some sleepless nights. But I’m not out roaming the streets or engaging in questionable behavior. Mania makes me craft—and craft I do, like a motherf**ker.

But there was something lacking. Well… for the most part. 😉

My disease is like a dark pit that sits deep inside of me. I’m not allowed to explore it, so I overcompensate on the outside. I don’t have episodes that look like anyone else’s, I rectify my ugly inside by obsessively, compulsively, creating beauty around me.

Sometimes this book could be so profound, so enlightening and so eloquent. And at other times… not so much. As interested as I was in her mental illness, and in getting to know her (and her struggles on a deeper, more human level), the illness was just something that *could* be an issue… eventually. Does it factor in later on? I won’t say. *buttons lips* It was certainly a part of the story that kept us guessing. Perhaps as a way to have us “looking over there”, distracting us, while the twist was about to happen? Either way, I had all sorts of theories going on.

But mostly, I found myself frustrated with the impassive way this story was told. And maybe that’s what it was. At least at first. Told to us, but not felt by us.

It’s as if… everything (from character reactions, to dialogue, to the initial setup) was just fanciful filler to get us to the main story the authors wanted to tell. And to me, it should have been just as intense. Maybe even more so. There was no real build-up. Gah. I know that sounds harsh, because it does set up the scene (the background and why they are in the situation they are today)…

But as I cast this proverbial coin into the wishing well of the universe, it occurs to me, after a thousand what-ifs and years of lost sleep, that our connection wasn’t missed at all.

You see, in these intervening twenty years, I’ve lived a decent life. I eventually fell in love and married a wonderful woman. I’m raising a great son. And I’ve forgiven myself—mostly. And you were the cause of all of it.

… and of course it sets up the “love story”,

but I struggled with connecting to the characters. They didn’t seem real.

I rolled my eyes, found my attention waning, and there was just a lack of… dimensionality. Angrifying <— 😉 details about her husband were thrown in randomly, as the story progressed (almost conveniently) to paint him in a bad light.

I am a politician’s wife who suffers from mental illness. But I can’t be candid about it or ever let it rear its ugly head in public. I must constantly be aware of the impression I’m making. I’m not allowed to do things on a whim or ever speak without thinking.

Which worked, but I think, had we LIVED with them together before that “second chance” came along, we could have truly related to her (and her plight). FELT her.

Maryse: So far… Missed Connection is only okay for me. No real conflict, and the writing isn’t grabbing me. It’s just… I dunno. A few misses for me so far: her daughter encouraging her (I don’t buy so much – if you read it, you’ll see why I say that – it made my eyes bug out) and they’re already SO intense with each other when really they only met by chance once, 20 years ago and chatted for awhile before parting ways, so how “in love” they are right now is also a struggle for me… and just the whole ease of things, as a whole. I know poop is gonna hit the fan soon (because of something she has to contend with) but overall, I’m halfway through and it’s just… ok.

And then there was a twist, and I thought… Aha!! That’s when the story took on a life of it’s own, and while I continued reading with more interest than I had previously, I still remained (mostly) on the outside looking in. That said, I did experience the range of emotions that the authors were certainly going for. Angry, sad, inspired, but for the most part, my emotions lacked intensity, and yet, intensity and all-out captivation is what I want, when it comes to a book like this.

But that ending? WOW. Amazing! It saved the story for me. 😀

P.S. No I didn’t not ugly cry, however, had I been properly hooked throughout, I probably would have.

P.P.S. Thank you to the author for sending me a review copy! 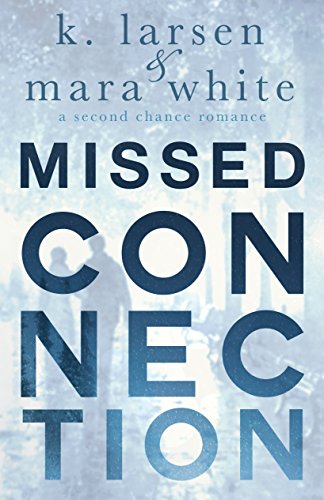 Right there with ya, book sista. My feelings exactly. Well stated and written review, Maryse. I gave it a solid 3 stars.

Thank you Lise!!! Or shall I call you my book-twinnie. 😛

Ahhh yes!!! Who was it that went crazy over that series from here? It made her best of 2015 list and now I’m curious!! 😀

Thank you for the honest review! I have had a bunch of good reads lately:
Eighteen, by JA Huss – I would give it 4 stars (there was just one part that kinda soiled it for me)
The Deal by Elle Kennedy – LOVED IT a lot. Solid 4.5 stars
The Mistake by Elle Kennedy – LOVED IT TOO! Another 4.5 stars and those hockey guys! Can’t wait for book 3.
Kaleidoscope Hearts by Claire Contreras – only 48% in but loving it. I want to read part 2, but it got horrible reviews.
So much to read and so little time.

So agree! I had to force myself to finish it. Can’t start a book and not finish. But it was soooo painfully slow for me. i skimmed through to the end. Not for me. I gave it 2.5 stars, maybe 3 for the ending. Sharon – I have read all of the books you’re reading. Currently reading the Deal. I haven’t read Kaleidoscope Hearts yet, its on my TBR list, but I did read Paper Hearts and loved it!

It was me. I did really get into those books. I hope I didn’t build it up too much and you like it Lise!