Neighborly: A Novel
Well, well well… 😉 what do we have here? A psych-thriller that had me guessing the whole way through. In fact, I THOUGHT I had it figured out from the start (my guess would have been pretty cool, too) but I love being wrong, because that means I’m surprised.

Was it a complete shocker? Hrmm… not really, and maybe even a bit far-fetched, but the whole journey was well worth the result, no matter what I expected.

Yes it’s a psych-thriller (no worries, nothing tooooo scary in this, but it definitely had a thrilling creep factor), but it was also a jaw-dropping social exploration of friendships, and couples (married or not) in a close-knit, well-to-do “happy and peaceful” neighborhood (nicknamed “The AV“). EVERYONE wants to live there, at almost any cost.

You do what you have to do to get into the AV. We’re on our own little island, jutting out into the Bay, just minutes from Oakland and San Francisco. Low crime, every school a ten, and you can smell the brine in the air. What wouldn’t you give to raise your kids here?

But YOU KNOW trouble is brewing in paradise. *waggles eyebrows*
An… unusual neighborhood dynamic that seems too good to be true.

“A house on the best block of the best neighborhood,” Regina says passionately. “I mean, there’s no other place like it. Some people have more money, some people have less, but there’s no tension. No conflict. No artifice. No airs. Only community. Where else can you find that?”

For many, they were right where they wanted to be, and loving life as a community… and *ahem* other things. 😉

…I’ve been around the block, so to speak. I know what chemistry looks like.

I couldn’t figure out if which of the two subject matters would dominate the storyline, and what kind of trouble we were about to embark upon. But either way I couldn’t put it down ’cause I had to know where this was going, and just how it could possibly resolve itself.

And then of course… someone appears to hate our heroin and keeps leaving her cryptic, yet threatening notes. She has no idea who they’re from and what she did wrong, and that just adds to the stress of trying to fit in (let alone, the fear-factor).

I thought I’d gotten rid of all that cardboard yesterday. But no, a piece of it is right here, in front of our door, positioned like a welcome mat:
THAT WASN’T VERY NEIGHBORLY OF YOU.

What makes this one especially captivating is how the relationships are explored. From the neighborly quirks, to the block customs, the parties, and what everyone knows about everyone else, no matter how hard they try to be united, you know there’s tension brewing. The open and friendly ambiance that our main characters are basking in, segues into concern and regret for her.

What if my life before is indelible, the past written in invisible ink? What if the intensity and purity of AV sunlight will bring it out?

Our main character is already over-taxed emotionally (secretly stressed the heck out!!!), raising a new baby, drowning in debt, with a happy-go-lucky husband that seems purely… oblivious. He doesn’t understand her. He doesn’t even really know her.

She’s been hiding her past, trying to recreate her perfect life, masking her worries in marital bliss. And now, within this welcoming, seemingly perfect, wealthy neighborhood, she feels more alienated than ever.

This is going to work out. It has to. We did what was necessary to get here, because that’s how it is once you have children. You make sacrifices so they can have the best lives possible. But that feeling in my stomach is more than a pit. It’s the whole peach.

Good stuff! It’s not a psych-thriller “whodunit” masterpiece, no, but it was entertaining!

Solid, descriptive (but not overly so) writing, and whether you like the characters or not (and I’m still struggling with a few), you’ll become invested. 😉 A few holes here and there that didn’t fully flesh out, so I had to suspend disbelief at times, and the ending was somewhat rushed, however there was a lot of “reality” explored too. Especially within their couple, and her own internal dialogue. Living through her eyes, I could relate to her, and feel her, on so many levels. The need to live through a facade, even within your own home, will take its toll, and I was right there with it!!

P.S. I one-clicked this as my “Kindle First” selection from February’s book choices, so it may not yet be available to everyone, however if you are a Prime member and love a good “light” psych-thriller that explores an unusual social setting that might shock and appall (or maybe even intrigue you), this is the one! 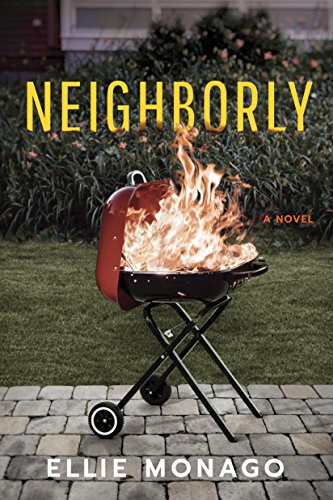 Yep, this was my February Kindle First pick as well. Looks good, but also one I don’t need to rush to read.
Thanks for guinea piggin’ it! 😀

Oh!! Thank you for sharing your review. I did download it for my February Prime book as well and have been debating starting it. Sounds good:)

I wish I had downloaded this one now. I picked the one when the body goes missing from the backyard, Silent Victim by Caroline Mitchell, haven’t started it yet.

Maryse
Reply to  Tabathia B

Tabathia, I bet it will be good too. My choice was between those two, so let me know if you enjoyed it. 🙂