Never Loved: A Dark Obsession Novel
Going by the blurb, this book appeared to have every single thing I love in an unconventional love story. The abused, overly-sheltered meek-ish girl, finally free and in college, and the scary looking bad-ass street fighter…

He could be riding the Matterhorn at Disneyland while eating ten tubs of gingerbread ice cream and still seem as fierce and angry as f**k.

… that she unwittingly becomes friends with.

Knowing how much I absolutely LOVED a similar-sounding storyline (Sheltered) from this author a few years ago, I couldn’t wait to experience another version by her. I was anticipating going through all of those emotions again through her gorgeous, expressive yet subdued writing, and feeling… everything. From trepidation and walking on egg-shells, to indignation and infuriation, to enticement, to anxious butterflies, to big huge crush to OMG HOT!!!! To absolute terror again…

And while this had a lot of the same characteristics, it didn’t have the same qualities, for me. It didn’t affect me near as much, and I found myself putting it down and finishing it over the course of 3 days (and it was only a 200 page book). Don’t get me wrong… at times it was intense (and the first few scenes where she first “meets” him HAD ME HOOKED).

“And maybe afraid of me?”

“I’d have to be insane to be anything else.”

He makes a face like Yeah, that makes sense. But the shadow of that odd disappointment is still there. “What can I say? I’m a big guy.”

“And maybe the tattoos.”

“You don’t like it?” He runs a hand over that thick black stripe right down the center, like some lady at a salon showing off her new hairdo.

A few of the “sweet scenes” had me melting (he could be so intense!).

I’m safe. He holds me like someone sucker punched him in the stomach and the only way to stop it from hurting is to keep me as close as possible.

And the things he says.

Does he know what he’s saying?

Oh… and the author’s signature steamy scenes (the kind of detail left out of most books – and I’m not talking necessarily x-rated – ’cause there’s plenty of that in all of our steamy books) but there is a certain quality to HER sex scenes… a certain feel, and descriptive quality that you know EXACTLY what she or he is doing and what that feels like. Yep… this author doesn’t hold back. No matter what, this author’s take on intimacy (in ALL of it’s ways, not just full-on sex) always ALWAYS has me delightfully hot and bothered.

But overall, I felt like most of the book was almost completely within the main character’s head. So much evaluation, interpretation, analyzation, infatuation (<— I do enjoy the infatuation thoughts! I was right there with her for those). But there was just so much of it. Too much of it. I’d wonder what he was doing, while she was… internal dialoguing. Such long (yet eloquent) internal diatribes. Was he still talking to her? Was he working on his bike? Was he interacting with his environment? Was he just starting at her wondering what she was doing just standing there, not talking back? What was he thinking watching her standing there staring at him… thinking. At times I’d get nervous for her, expecting that she was going to come out of her internal monologue and find herself standing there alone. Eeeeep! LOL!!

Beatrix’s abusive father has apparently just died leaving her and her abused brother alone in the world but finally free. However, neither are free of the demons and scars that have accumulated and marked them over the years of physical abuse and mental torment. Neither one feel “normal”.

So much so that while Beatrix is trying to integrate into College and be a “normal college girl” she is finding herself anything but. Trying to dress the part, act the part and hang out with the part, she’s just… lost.

Until she meets Serge, the 6’5″ HULKING tattooed, mohawked, biker body-guard looking dude guarding an area where she believes her brother is, and is likely getting into trouble. She’s here to rescue him yet again. But is thwarted by Serge’s intimidating stance and stare.

“Look, girl. It took me a deal of time to fish this moron out of the jam he was in. So if you could just let me dump him inside and get along with my business, I’d appreciate it.”

I’m not sure what to do after he’s spoken— mainly because my murdering theory is now looking dubious, but also because the world just tilted on its axis a bit. Has he actually gone out and found my brother and brought him back for me?

Yet Serge… is humored by the cute and tiny and meekish Beatrix and so the friendship begins.

The tentative meet-cutes, usually initiated by the mean-looking (but OH SO SWEET!!) Serge. And I loved how he’s completely out of his element when it comes to his conflicting bad-ass to sweet personality.

But of course, Serge has his own demons to contend with… and worries that Beatrix deserves more than the likes of him. And yet, Beatrix can’t help but fall head-over-heels. Finally… a protector. Or is he dangerous and the worst of them all?

“I ain’t playing with you— this is not some cute movie cliché where I turn out to be the best guy ever, only from the wrong side of the tracks,” he snaps, but the thing is, he has to know that this is never going to work now. Not after he said that about laying his hands on me. Not after he made himself the one who barely believes in his own goodness or understands the effect he has on other people. It was fine when that was me, heartsick and heartsore and so sure I meant nothing. But not when it’s him. Never when it’s him.

“Good, because I am not some sweet girl excited by danger, ready to run away with a bad boy. In fact, the very last thing I wanted in my life was that. Tommy is the one who wants to cut his collar and run. I want kindness. You have no idea how badly I want some kindness, and if you had never shown me any I would have stopped thinking about you the very day, the very minute, the very second we met. But you know that isn’t true. You know that no one has ever been kinder to me than you.”

I’ll let you discover the story behind the characters, but I’ll tell you… there just wasn’t enough of either of their backstories for me to feel like I knew them and could connect with them. The basics were there, but the element of fear and trepidation was pretty much removed (except for a couple of scary moments that had my attention), but overall… other than the steamy stuff (and there is TONS AND TONS of that… maybe even too much for me, since I wasn’t feeling their love and who they were, as much as I wanted to), we were mostly just in her head the entire way. Even the dialogue was limited. I saw him (Serge) in “flashes” through her analysis of him.

And I don’t know much about her father, his death, her past, her mom, her brother. Her current financial situation which I have an idea about but I can’t understand… why? Who they were, who they are, who her brother is for that matter, and he’s integral to the plot. I don’t know much about Serge, his father, his past. Even his present. He’s a street-fighter but even that was minimally described. Just flashes… here and there, of their lives, then and now… that tell me they had it bad, ya know?

Eh… I dunno. It was good in many ways, and fairly complete, “emotional journey” wise. But it was missing so much for me to feel like I was her, and to enjoy being her. It was like a small moment in time of a few days… weeks, but that I didn’t really get to live with her. As her. Even the angsty moments. Could have been good. Definitely had impact at one point that had me gasping for just a moment, but… so much of it was missing for me to experience it. 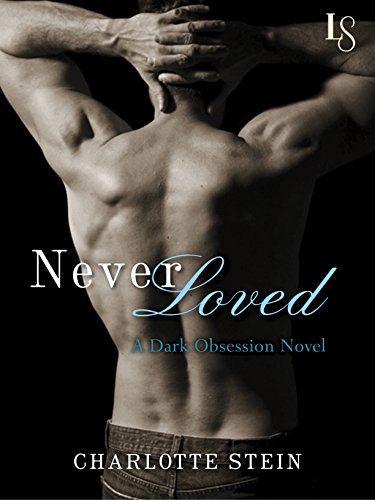 Lol. Its almost awkward or even claustrophobic when you are stuck in the heroines inner monologue. And it’s a bit too long. I’ve wondered that myself, how is this conversation working.
I hope you found a good weekend read/reaction book.:-)

Oh maryse. I so so so agree with you. I love this author and have read everything from her. This book will be a DNF for me….

I’m ecstatic to see you putting out more critical reviews like this one Maryse. They’re so helpful and so well thought out. And 3 stars is really not a bad rating. You’re a gracious, intelligent reader and it shows. Thanks for an honest, well phrased review.

I was excited about this book but the reviews haven’t been so great.

Thank you Maryse for the great review!