Night Shifts Black
Intriguing title, mysterious cover, a fantastic premise and RAVING reviews had me *squirrel* my TBR list (and in fact, 2 books I was reading at that time) to jump right in to this one, on it’s surprise release day (well… a surprise to me anyway). This is the author’s debut and I had no idea it even existed until my reading buddy Kandace, and a few others found it for us!

Kim: I read Night Shifts Black the day it released! It’s MUST reads. A straight forward look in to depression without kid gloves and a HELLUVA read. I stumbled on it before any reviews not really knowing anything other than a former musician was in it ~ that was my initial draw. Boy oh boy, I kept thinking about this hidden gem that way more people need to read!!!

Eli: I finished Night Shifts Black, and I was speechless. I couldn’t review it right away or talk about it. I just FELT it. I absorbed all the “feels” that come with it. AMAZING. One of my ultimate favorites.

Kelly: I stumbled across Night Shifts Black last night – hadn’t heard of it either – and am almost finished. It is SO good. Was planning on letting you guys know about it so it’s great that it’s starting to get some attention

Kim: I loved Night Shifts Black that I’ve read it twice since the day it released but shhhhh, hubby would go crazy I’m reading the same book twice when I’ve been buying all the other new releases  I’ve NEVER read a book twice within a week of it’s release

I finally got to buddy-read a book again, in person!! YAY ME!

And I absolutely LOVED the whole first half. So mysterious and intense, and heartbreaking, and you just knew when we finally “found out” we’d fall apart like he was. Best yet was the amazing connection “they” had. One that was so necessary in both of their lives. Starting out so innocently, with no pretense, no expectations. Just two lonely people having breakfast near each other. And then as familiarity and trust is forged, with each other.

I was SO sure I “knew” where it was going, but expected there would be devastation and downward spirals before we got there, and I was SO in. The writing, at least in the first quarter, had an almost Tarryn Fisher-like quiet yet sophisticated emotional… personal darkness to it. Almost… intimate. I even wondered if this one might be hers…

Callie has tea in a breakfast diner one day, and is approached by a brooding handsome tattooed guy that requests she move (at least out of the chair she’s sitting in). Perturbed, but curious, she does, and she watches him… and said chair.

Morning after morning, she returns to this diner, and each morning, he (Luke) returns and has a sort of ritualistic, quiet-personal connection to the chair.

“You must think I’m stalking you.”

“A little.” Before I can control it, my gaze shoots to the chair, and his smile fades.

I wish I could take it back. I wish I’d been strong enough to stop it, but we both know that’s why we’re here. We both know we’re connected for no other reason.

And… they begin chatting. Lightly at first. No personal stuff. Just random, and casual, and eventually find themselves enjoying breakfast together. Looking forward to it each day.

I’m nervous because he’s enigmatic, and beautiful, and sad, and debatably weird. Although clearly not as weird as I am I’ve learned.

Strangers, but the start of a budding friendship. Here only, though. At this diner. Where they can be themselves and their pasts do not factor in. Well… at least, for the most part.

Staff members take notice (having watched him from afar for weeks, months? keeping their distance and letting him be, with his unusual needs) but when they see these two strangers relating, they contact her when he begins acting strangely (as he sometimes does).

She delivers a grateful smile, and I don’t miss the look she casts at Luke. She wonders about him, too. Wonders about the chair. Wonders why he now stays and eats breakfast. Why I’m special. In other words, she wonders the same things I do.

Hoping that finally, someone will be able to connect with him, and help him when he’s… lost.

I’m not sure how you’d describe the scene to make it sound as disturbing to the ear as it is to the eye.

It’s about the chair again.

And I LOVED when I found out who he was… oh the thrill!!

“People are drawn to him. They always have been. It’s hard to stay grounded when you’re adored. It was harder for him than most because I don’t think he’s wired to be adored.”

But surprisingly, the book took an unexpected (albeit nice) turn (the “feel” as a whole… it just changed) that first had me thinking the author was throwing in a monkey wrench to mess with us and/or the characters (perhaps a jealous backhandedness, or a love triangle, or a devastating secret revealed that would explain said mystery and shock us all), and we were extra excited!

Kandace: *bites nails*  they are both *spoilers*

Maryse: I wonder if the author will *spoiler*…

But then it continued on said trajectory and there were no twists… and suddenly I realized, THIS was the new direction. It almost felt as if the author had one intention when she started the book, but decided on something else later? I dunno.

Kandace: I finished the book.  Did you finish it?

Kandace: I loved the mystery of the first half. *spoiler* is too perfect.

Maryse: ME too! I still don’t know the significance of the chair, but the rest is pretty straight forward … Like the author is playing it safe.

It was good, ’cause either way, it worked well enough, had plenty of answers (especially the “chair” reveal – OMG my heart!!!!!!)

Jeanie: I’m **% into Night Shifts Black – that blurb totally sold me! And I’m finally at that part where the “chair” is explained. Eeeep the feels!

but I found the story as a whole fairly safe and convenient by way of how perfectly she fits into it all, considering its gritty and emotionally raw start.

Okay *slight spoiler alert*  <— Not really a spoiler but I’m analyzing my connection to it all, and if you want to go in blinder, skip the next part. 😉

Maybe she’s an angel on earth, and this is how we need to take it?

“He can’t be worshipped right now. He needs an anchor not a dreamer.”

His statement hits me hard. I want to be an anchor, but I’m suddenly terrified that I’m not. What if I’m a dreamer?

Still, the message is a good one, and there are a few mini-shockers, and then one big one that had me fuming, WHILE still feeling compassion for the one I was furious with. There was solid reasoning behind his self-flagellation, so that, to me, was not in vain. But when it came to the other characters (even our heroine) it felt a little too… “good and perfect” and not what I would have expected these secondary characters (you’ll see what I mean) to be like. Other than Luke, the characters, no matter who they were, all seemed… the same. And because of that, by the second half, I had lost my connection to most of them, surprised at how ideal and easy the rest of the story was.

I appreciate how it came full circle, but wish it had continued on the “feel” of what the first half had promised us. 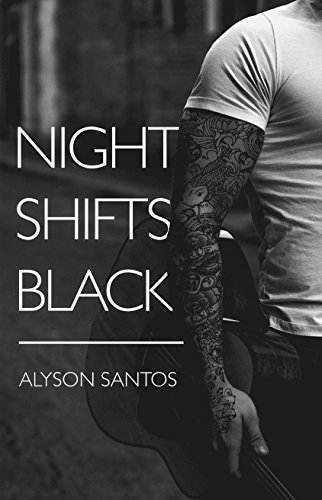 Yes! This is exactly how I felt. 5 stars the first half and then it kind of went flat. I am super glad I read it.

I just finished this last night and I agree that the first half of the book was a different tone than the first half. But I really like it as a whole. I think the second part was able to flow like it did becasue the intimacy of the relationship was established. I think the way the author wrote about depression and dealing with people who suffer from it was spot on. The connection that Callie and Casey formed was very believable to me because they both understood Luke so well. I really enjoyed this book and look forward to more books from her.