Oak Avenue (Dark Corners collection)
Eeeeeep!! A little horror to titillate my lazy Sunday, and while it didn’t scare the wits out of me (I will sleep with the lights out tonight-darnit!! 😉 ), it did have a touch of creep factor to it, and the writing was good!! And well, we all know I’m a “haunted house/hotel/whatever else might be haunted” type of girl (Experiment in Terror, anyone?), but this one doesn’t veer too far off from the usual.

That said, the ending did run a shiver up my spine. 😉 Am I imagining things? Is she?

Ana has just moved to her husband’s hometown into an old Victorian home that he’s been desperate to purchase for years. It’s an absolute atrocity. Having been completely renovated in the 70’s, it’s lost all of its original charm,

Ugly doesn’t begin to describe the interior of the house. Not a square inch of Victorian charm had survived the 1976 renovation. I hate it. But it’s fixable. In a few years, when we have some money saved, we’ll tear into it and give this house the justice it deserves.

but Ana’s a historical renovator, and while she HATES her current surroundings (and environment) she has high hopes to bring her new home back to its former glory.

…for now, there’s no denying I hate it. I hate the way it looks, hate that nothing works, hate that it’s going to cost me muscle aches and splinters to make it only fractionally beautiful. I even hate that my mother-in-law is my closest neighbor, despite her respecting the distance, and I hate that Edison is living it up in some posh Times Square hotel while his child and I are here in this rat hole.

But constantly alone (other than the company of their toddler), in a new town, disregarded by the locals, and disdained by her in-laws (that are her closest neighbors), Ana is feeling terribly alone, and overwhelmed. And then the creepy stuff begins…

Nobody believes her. Or at least… they discount her concerns. And her husband, worst of all.

He reaches for the baby.
She clings to me.
“Come on, baby.” Ed claps and puts out his hands. “Let’s give Mommy a break.”
But Sabrina only cuddles closer. “Zozo.”
She’s afraid too.

Yep, it’s a short review, ’cause it’s the first “short” horror story in my Halloween horror extravaganza month from the Dark Corners Collection (I started with the last one in the bunch).

That said, it may be short, but it’s got heart. I just wish the heart was more terrifying. 😉

3.75 stars! Easy, slightly creepy, entertaining read. Light on the scare-factor, and I’m looking for something so creepy, that I’ll have to sleep with the lights on. So… on to the next. 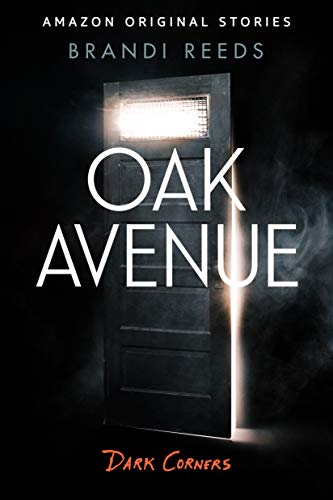 Thanks for the review, I just got it in KU. I’ve listened to a couple of the others so far in the collection and mostly enjoyed them. The Sleep Tight Motel was pretty good, The Tangled Woods was meh.

Maryse
Reply to  Nicole A.

YAY!! I’m going to start “Sleep Tight Motel” next!!!! That one has really good reviews. The cat-cover one with that creepy title looks good too.