Otherwise Alone (Evan Arden – PREQUEL)
<— It’s only 50-something pages, but in that short amount of time, the author’s awesome writing packs in a whole lotta character detail. And sets the stage for the series, perfectly. But you don’t know it, yet.

All you know is that Evan Arden is in temporary exile as commanded by his Mob boss. You see, Evan made a boo-boo on his last “hit” and his boss needs time to “fix” things. Evan is too valuable (and a total pro) at his job as a killer. Being an ex-marine will train you nicely and being tortured in the desert for a year and a half will harden your heart and slowly destroy your soul. He’s now the perfect killing-machine.

But you know… boo-boo and all, so there he is, back in the desert. Mind you, no where near as bad as his time in the middle-east, but Arizona is hot, the cabin and his living arrangements leave much to be desired and being in hiding is lonely and boring. But the brooding and mysterious Evan likes it that way. Or so he thinks…

Until a girl comes stumbling down his cabin’s path, and apparently needs help.

Option one – shoot her. I really don’t want or need the company, and company in general is a risk. Pros – I don’t have to think about it anymore, and it’s generally safer for me. Cons – she’s just an innocent chick who’s car probably broke down, and killing her is kind of a sh!tty thing to do.

Kind of? Ya think?

And this is when the fun begins!

Like my friend Joanna says, this is NOT your typical romance, but it sure is my kind of read. And it’s fun to watch Evan deal with something he most certainly was NOT looking for. Although he just can’t stop looking at… 😉

“You’re making me nervous,” she says.

I glance up from her hip back to her face.

“How?” I ask, though I’m pretty sure I know the answer.

“You keep staring at me.”

“I try to hold back a laugh, but I can’t help myself.

“You are by far the most interesting thing I have had to look at in a long, long time.”

Told completely from the male’s perspective, I wasn’t sure how “into it” I’d be. My fellow readers loved it, but I prefer being the girl. However, just like this author’s other book that I went head-over heels for (Surviving Raine) I was completely taken by surprise in my enjoyment and my connection to the characters via the “guys” eyes. Sure, I know everything he’s thinking, but OMG he’s just such a brooding, no-nonsense, hard-ass (and seriously dirty-minded) character that I couldn’t help but crush. And even more so during the next book.

This “intro book” set me on a path and by the end of this book, I was ready to continue on that path. So I picked up the next one immediately… and was in for quite a surprise.

But what doesn’t surprise me? Yep… I got it bad for the bad guy. Again. *shakes head* What am I gonna do with me!?

Okay now I’m off to review the official book #1 in this series: Otherwise Occupied (Evan Arden) – SO GOOD!!! (brb). 😉

4.5 stars (Had I not been able to read the next book right away, I might have said 4 stars) but just for the fact of how much I loved the follow-up and how well this one works with the next book, I’m giving it 4.5 stars!

UPDATE: Here’s the link to my review for the next book in this series.

P.S. Thanks to the author for sending these my way. I went nuts for your “Bastian”, and I’m going nuts over Evan, too. 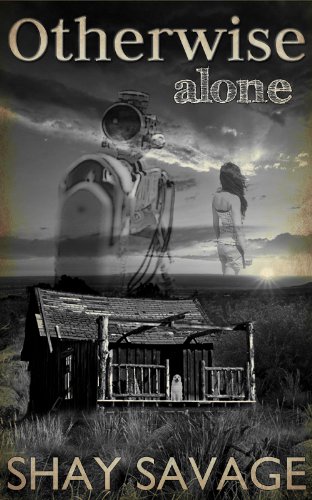 Great review Maryse, just added it to my TBR list.

I’m just about to post the review for the next book in the series (book #1)!

Starting this series, so excited 🙂