Rock Charisma
Ummmm. Nope. No Charisma. Rock, or otherwise. This book proved to me that being a “bad boy” or a “rock star” does not guarantee my devoted obsession. Some “bad boys” are just plain bad. Lesson learned with this one.

I was considering not reviewing it. However, after receiving a few notifications that there was another rock star book out there that I might want to look into (this one), I felt the need to let everyone know, I found it awhile ago, enthusiastically downloaded it (hey it was bargain-priced and looked like it would fulfill my rock star needs), but I was sorely disappointed.

Sidenote: a sincere thank you for all that are looking out for rock star books. PLEASE keep emailing me your “finds”, cause mostly, they’ve been great!!

Oh this one started off promising. Innocent reporter (Janet) covering a rock concert,  trying to get an interview with the notorious “bad boy” singer (Dale). Gorgeous and worshipped by all, but with a bad attitude, and warranted bad reputation to boot. This was gonna be fun!

Perhaps Dale wouldn’t harass Janet as much, if he really did like her. But there was no guarantee. Even the attraction might not save her from his malice.

And it was. Sort of. Until he proved he wasn’t a just a bad-boy in attitude, when he actually took things too far. Really too far. I can’t believe a “love interest” in a book could actually act this way. At times he almost appeared sincere in his interest for this girl, but when he exposes “it” demanding a certain service in exchange for an interview, I was grumbling under my breath.

Dale smirked and said, “Baby, they all do it. If they wanna talk to me.”

Ew! Oh what? This must happen all the time, right? Okay, I’m being naive. I don’t doubt you’re right. Hey a bad boy’s gotta do what a bad boy’s gotta do, and ya can’t fault a guy for trying (and being certain of success, considering the amount of women that would be willing). Alright. I’m willing to give this bad boy that… I mean, there’s still plenty of time to redeem himself from this obnoxious mishap, right?

But this reporter was not one of his  fans, and she said absolutely not. She would not risk her job over a one time “chance”. So, instead of trying to woo her appropriately, he decides to hold her camera hostage, manhandles her (you get the picture) until she finally relents. Oh the author gives us the impression  (via her internal dialogue) that she relents because he is so hot, and her no actually might mean yes, if only she wasn’t so worried about her job.

The “scene” I’m referring to doesn’t specifically go into “that” territory, because his “charming” personality (can you hear my sarcasm?) somehow tempts her enough that she finally decides she wants to throw caution to the wind and give him a whirl. However it does lead us into a very uncomfortable, questionable area. Because she suddenly comes back to her senses in the middle of “it” (oh yes, they are in full swing), she says no, demands he stop, and he “insists” (ie: refuses). He takes the whole “no means yes” issue to heart. He was just plain gross. Yup. But a knee to the groin fixes that. She ends it for him that way. Well deserved, but ewwww! What kind of hero is this?

I was gonna go ahead call a spade a spade, but well, the fact that the dumb girl continues to frequent him (romantically) after that had me shrugging. Maybe she likes ’em that way.

They continue to see each other after, and the story proceeds to fall apart with all of his alpha male demands, the weird discussions, his strange mother, his battling hateful band mates that can’t stand each other, and oh yeah! I almost forgot! There was some sort of creepy “curse” thingie that was placed on the band that the singer knew about and was stressing over, so I thought… oooooh! Something paranormal perhaps in this rock star’s world? Where’d that part go?! I dunno. Well I remember now, but sheeesh, it obviously didn’t matter much, cause I only remembered it by reviewing my notes.

Here’s something. There was a pretty Christmas tree decorating scene. That was about the only time I felt like these people could possibly be normal or likeable. Other than that, not my cup of tea.

Lots of “start” but no real finish to the book. Why did I even bother completing it? I guess I was still hoping for some hero magic. Luckily, it was a quick read. Big fat NO to this one. 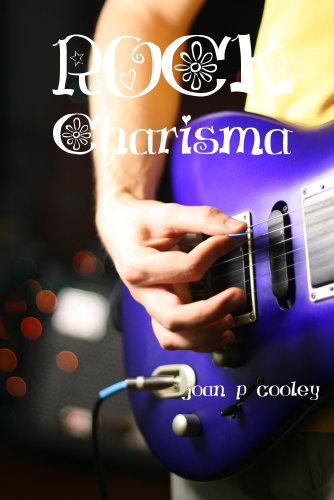 You know, sometimes it’s really good to read a bad review. I totally agree with the UGHH and will avoid this one. As my reaction to Lachlain was so distasteful I can only imagine what my reaction to this guy would be. Thanks Maryse.

Hey Jenn… I did get your “athlete bad boy” suggestions, and considering how much we all loved Travis, I think that is a very good idea 😉

Lily, I too had an issue with Lachlain. I just backtracked and found my old review of it. Yup, I mention my cringing…