X
You are here: Home / My Book Reviews / Book Review – Set In Stone by Rachel Robinson

Set In Stone
Okay first I gotta say… OMG THAT EPILOGUE. I’m in tears. TEARS. Wow!!!! As fine and even-keeled as I was with the read as a whole, that ending took my breath away. I did NOT see that coming.

It was an amazingly sweet story that you can’t know about unless you’ve read the first book (Crazy Good). If you read this review (or this book first) it will spoil the whole *shebam!!!* of the first one, and trust me, that book was awesome.

This one was a nice continuation of the story and while YES it can be read as a standalone, it shouldn’t be, because the story is SO much richer when you start from the start. So if you haven’t read “Crazy Good” yet, go do that, and skip this review.

Okay and for those of you that HAVE read #1, let’s talk about this one:

I liked it! It was very good, even though it didn’t have that “page-turning” feel that the first one did. I didn’t fall in love as hard, and swoon as hard, because this was mor of a second chance romance, and the two main characters had been best friends since high school. So all the “get to know you” was already done (even *if* we backtracked to the past numerous times, to give us that initial crush-buzz). But… it just was never full-on, ya know? There was no significant heartache, or heartbreak, or second guessing from either party, so when the second chance finally came around, I didn’t feel that much romance excitement.

It did not get me as hard as “Crazy Good” did, for the majority of the book because I struggled to connect to cold-as-ice Morganna (even though I sympathized with her reasoning for being so reticent).

“You’re going to stay with me then?”

He squeezes my knee. “Forever?”

The lie. The truth. The volatility of permanence. “Forever.”

I just… I guess I’m more emotional and cuddly. 😉 *snort* I think, had we had more private emotional breakdowns, more personally emotional moments, more vulnerability to properly illustrate her grieving, her mourning, something… to make this new re-connection mean so much to my own heart. Although there WAS that. She did show moments of personal introspection and pain…

He was the great love of my life. Living without him is the largest challenge I’ve ever taken on. I miss him every second he’s not here, but life doesn’t stop. Tragedy doesn’t halt the future. It propels you into it with a brand new outlook. You suck it up. You smile. You go on.

…yet it was mostly resolved (or tucked away) in a “suck it up” manner. Rub some dirt in it. You’re Morganna for crying out loud. You deal, and you move on!! AND YOU NEVER EVER LOVE A SEAL AGAIN!

But you know? Many people cope with life and grieving by building that wall, and being mostly… emotionally “unavailable”. Being strong, and not letting the tears fall. And while she did have her endearing qualities (hard-ass she may be, she unabashedly sucks at singing, and shooting, just to name a few <— LOL!!!!!), from the “looks” of past and present, Morganna has always been fairly reserved and self-controlling. And you know what? That’s a perfectly fine character quality. Just one that I didn’t relate to as much as I would have liked to.

Morganna (a bad-ass divorce attorney) is living life without the love of her life (her Navy Seal husband that was killed while deployed) and she’s coping.

Divorces are worse than death sometimes. You know the person you once loved so completely is out in the big, wide world loving someone new. Giving your old promises to someone else, handing over the slice of their heart that you thought belonged to only you. It’s masochism at its finest if you dwell on it. At least I know Stone only loved me. Even during his dying breath, I’m sure of it. I’ll always have that.

Her best friend, Steven (also a Navy Seal on her dead husband’s team) is there to help her pick up the pieces. Sort of. She insists she doesn’t really need his help, and while there’s always been an attraction between the two (best friends since high school!!) she abhors the thought of cheating on her husband’s memory that way.

But you know, Steven has always been in love with her, even if he refused to ever voice it (Morganna is so emotionally standoffish that he never thought she might like him back), so he got the surprise of his life when the love of his life “clicked” with his Navy Seal team mate and eventually married him.

He swooped right in and stole my heart from right underneath me. I could have told him how I really felt. I should have at least told her how I felt, but I didn’t, thinking she would finally break the silence and say something about our pseudo-f**ked-up relationship.

Keeping quiet while I watched them date, fall in love, and then marry turned me cold and bitter toward anything that resembled romance or relationships. I vowed to never give a woman enough power to destroy me again.

And if Morganna doesn’t do it for you,  STEVEN’S POV of the story certainly makes up for her chill, and rounds out the story nicely.

“Alpha up, you pussy. You’ve known her longer than anyone. If anyone knows what you need to do to seal that deal, it’s you.”

“She doesn’t want me or anyone else that resembles him.”

Mav shakes his head. “She is avoiding you because of that reason…”

Because as bad-ass as Steven is, and as much of a player as he’s known to be, he’s a sweet cuddly teddy bear of love,

Laying my forehead into his thick chest, I sigh.

and BOY DOES HE REACT when the love of his life is messing with his heart.

Anyway, all that to say, it’s a second-chance romance between two best friends. Two bad-asses, that at first, refuse to accept becoming vulnerable for someone else. That is, until they admit things to each other (and mostly to themselves) and find themselves in a whirlwind of emotional compulsion.

4 stars! <— I was thinking 3.5 stars (just because of my occasional aloofness and disconnect when it came to Morganna’s POV – the writing and flow is fantastic!) but Steven sure hit my heart hard, and that epilogue bumped this whole score up a notch! 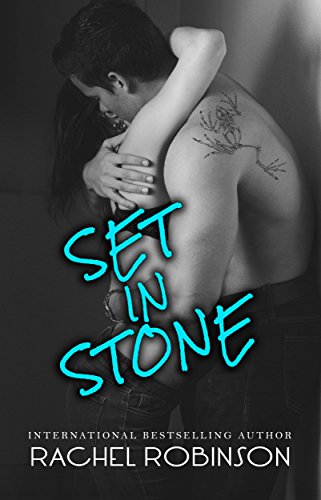 OmG I read months ago and I still remember crying. Loved everyone of those books. You need to read them all. Dying for her to write the next.
Waiting for tomorrow to see what she does with this new book!!!!!

I loved this book!! Such an emotional read!! I definitely recommend you read Crazy Good first, so you get to know the characters. Could not put this down. Can’t wait to read the 3rd!!