Stolen Course (Wrecked and Ruined)
Great second installment that answered a ton of questions, and opened up the possibility of more romance amongst the cast and crew (future books? I hope so!!). Just one book in, and felt like I knew the characters. As if they were my own friends. I was invested in ’em! (Check out my review of book #1)

And this book (#2) allowed me to continue getting to know ’em, through another main character’s life, while the “background story” continued expanding. The accident that emotionally destroyed three best friends (police officers), and the three best friends that they were dating. A moment from their past that blew them apart, yet bonded them together forever. And a potential beautiful future that was within their reach. If only they’d allow themselves to have it again. But sometimes, when life-changing questions don’t have answers, doubt and suspicion rears its ugly head and it’s hard to let go of convictions.

It is the story of the “other” alpha male that I was crushing so hard on from book #1. While Brett “lost” his wife as he knew her (mentally) in that accident, 5 years ago, Caleb lost his fiancee when she actually died in that accident. As Brett struggled to hold his marriage together, Caleb has held a long-time grudge against Brett’s wife (Sarah), believing she was the cause of the accident. Wait, grudge is too “gentle” of a word. He hated her. HATES her.

OMG this one scene between Caleb and Sarah had me gasping… I can’t tell you it completely, because it is so moving and heart wrenching, but in a bad (sad) way, and you have to read it to fully experience the emotion in this scene. But when I recounted the scene to my husband, right to its very end (when he asked me about the guy who hates the “sister”), he was all… “Whoa.” I said, “Intense right?” He looked at me and said, “Exactly. Intense.”

I can’t look at her without my rage bubbling over.

“Please, Caleb. I need something, I’m dying here without her.” She all but crawls across the floor to my feet.

It catches me off guard to see this devastated side of Sarah.

I’m going to stop quoting it there (there is much more to it), but just know I will never forget it.

And neither will Caleb, even as he’s spent five years planning to prove that she was responsible for the accident.

But during the last “Sarah” “kerfuffle” Caleb meets Emma, and they have that instant spark. And therein lies most of the story. Caleb’s struggle with his attraction to Emma, his innate hatred of Sarah, and his reluctancy to move on from Manda. After all, Sarah destroyed his life by taking away the only woman he could ever love. How could he even think of loving again? Especially this particular woman?

She is Sarah’s little sister. Of all people for me to decide to start dating, it had to be her.

Right?!!! Yep. He is falling for the sister of the woman he hates with a passion!

I really liked it. Mind you, I didn’t connect as well to this particular couple because I found their attraction and relationship moved faster than I was ready for (especially considering the five-year-long anti-love, sex-only, full-on-Sarah-hate mindset that Caleb’s been nursing). Faster than I could take in and experience with them, myself. I was so excited for the push-pull potential right from the start. We get it, but… it was just… fast (at first).

Sure, there were moments of romantic commotion and angst to contend with right from the start, but the first half of the book didn’t have that personal, emotional upheaval that I was hoping to live through. I didn’t get to swoon and pine and long for them. I thought there’d be way more resistance and denial, vs. eventual, inevitable acceptance. Their relationship was “full-on” fairly quickly, even though it would eventually prove to be hanging on by a thread the entire way.

I freeze as his words penetrate my mind. Then I quickly swing back around to face him.

“Wait, you still hate her?” A lot of things suddenly make more sense.

“Was that ever in question? Yes I f@#king hate her! She killed my fiancée!”

But it’s that about-to-snap thread that provides the *oomph* (for me) once we hit 50%. That’s when the trouble really started brewing. His hatred of Sarah, his longing for his dead fiancée, and his new committed relationship to Emma started taking the real hits.

There were moments that had me gasping. Things said, that could never be unsaid. The constant on-again, off-again between two people that were SO into each other, but just couldn’t understand each other’s mindset due to personal loyalties, biases and vendettas. And past hurts that they haven’t gotten over. That made them the people they are today. Normal couple misunderstandings were blown way out of proportion when it came to these two, and the only thing that could possibly fix them would be… letting go. Allowing themselves to grow personally and grow together, and trust, after years of living life under a dark cloud of guilt and blame.

And that’s when I connected.

I love that kind of personal growth (from dark to light and sometimes back again…), but I especially love it when it’s mixed in with humor and feel-good realistic moments, as these books are.

Jesse and I both burst into drunken laughter.

Caleb looks confused for a minute before looking down at me with a knowing smirk.

“I finally made the infamous vegetable report, huh?”

They have that whole “friends=family” feel. Plenty of razzing, alpha-jealousy, and occasional bouts of in-fighting due to severe resentments. Whether they are warranted or not, they exist, and as each book builds the story, their bonds are tested. As answers come to light, some bonds are strengthened, and some are severed. But deep down, they are so connected to each other that no matter what’s “happening” here and now, it just feels as if they will always have each other’s backs. 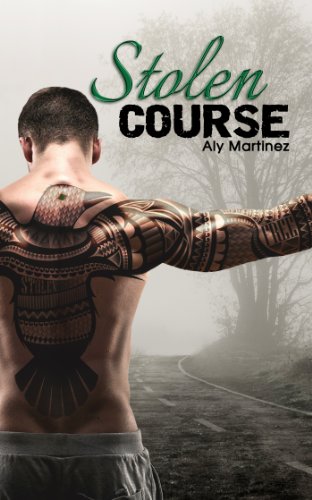 Just one-clicked both of these on Amazon. My Kindle is a happy little e-reader right now. Gonna start the first one this evening. They look so good! The stories I mean…and well the cover on that second one is awesome! 😀

I just finished this one too. I seemed more connected than the first one.
OMG that science you mentioned almost killed me and at the end of it was gritting my teeth, cursing. If you know what I mean. Don’t want to give anything away. 😉
The twisty bit was not what I was expecting at all and I can usually pick them.
I miss the boys already now don’t know what to do. 🙁

Maryse I just finished this book today and I love it too! I really hope she continues on with different characters. I would love to see a book with Eli and Casey or even Sarah. These books have a Kristen Ashley feel to them for me and I didnt want the story to end where it did..I wanted more!

Danielle, they do kinda have that Kristen Ashley feel. :D!!! The guys speak as I expect guys to, the friends are all very close, and there’s the new girl that learns about “his past” and helps him overcome it… plus the fact that the “new girl” and him don’t quite “fit” at first, for whatever reason… and you have to overcome that, first. FUN!!!

Jody… that scene was so real. So intense and rich and… devastating. I wasn’t expecting that one at all, and I was so impressed she took it that deep. *oooooomph!!!*

Michelle, they are great!! I’d love to hear what you think, as you go. 😀

I loved Caleb so much in book 1 that I think I cried more for him than Brett. At one point I kinda wanted Caleb with Jesse. Idk why….I think I hated Sarah THAT much (even during flashbacks of the beginning of her & Brett’s relationship I disliked her) & I guess I had trouble dealing with the fact that Brett would even BE with someone like that, much less STILL be so attached to her yrs after the accident.

Me too!! Lauren, I was wondering if it would go that route, and I was kind of… all for it. 😉

I loved Changing Course and Stolen Course….4.5-star reads for me, but I absolutely loved, loved Savor Me: A Novella which has Hunter, Emma’s friend from book two, in it. It was a really short read, but it was just really cute and HOT!

Just finished Changing Course and starting the 2nd book. I love these guys too! And I did kinda think Caleb and Jesse were going to hook up too, and I don’t think I would have minded so much! Thanks for another great recommendation Maryse!

YAY!!! I’m glad you guys are loving these. I’m hearing there WILL be more to come. Sarah included…

Loved this series. I loved Emma, she is funny! And Caleb needs that.

OMG I am only into the prologue and I am already crying!

WOW! Finished Changing Course yesterday and Stolen Course today. Both are wonderful. I really loved Brett and Emma’s story, but I think Caleb and Emma’s was even better. Some of Caleb’s scenes were just heartbreaking, but also seemed so real. The stories are certainly emotional, but not over the top angst or unrealistic situations. And the characters seem like regular friends you could relate to. I would read any future book Aly Martinez writes in this series. I would love to see Kara’s book. She is hilarious!