X
You are here: Home / My Book Reviews / Book Review – The Coppersmith Farmhouse by Devney Perry

The Coppersmith Farmhouse (Jamison Valley Series Book 1)
Yep. It’s true. If you’re looking for a “What to read after Kristen Ashley” book, this is a SURE bet! It totally has her awesome KA feel (and style). Especially when it comes to the super-sexy, no-nonsense, bossy cop (all hero, but super-moody and infuriating). YAY!!! Plus the single mom, starting over somewhere new, just trying to get her life back on track after a painful event in her past. Oh how I love those! And this is one of ’em!

Linda: Maryse I just finished an absolutely best read and I don’t think I’ve seen it on your blog. The Copper Smith Farm House by Devney Perry. Couldn’t put it down!!! I’m actually pouting because I wish I could read it all over again for the first time!!! Anticipating a snowstorm here in the panhandle of WV so maybe snuggled in with another great book!!

Jennifer: Jennifer: Hey there…. was just wondering if you’ve read Devney Perry’s books “The Jamison Valley series”. So far there are 2 books with the 3rd out for preorder for August. I just read them (took me less than 24 hrs to read both). Has the alpha male and mystery/suspense to it. And of course there were parts of the book that I would bust out laughing so hard that my 9 year old daughter would say “Guess you’re liking your new book?” Very Kristen Ashley feel to it!! Can’t wait for the next book! Hope you have a great day!!!

Maryse: I just chose the next one I’m starting, and one-clicked it. I’m going into “The Copper Smith Farm House”

!! I’m excited. Hearing 5 stars, and so intense, and twist and turns and KA feel. MINE MINE MINE!!

Susan: I loved the first two so so much! Read them back to back in 3 days

Kandace: This series is amazing. I love it has a little bit of suspense mixed with the romance.

Carrie: Whoa!! I thought that was the only book! I loved that book! Glad to know there are more!

Kimberly: Read the first one and loved it. I didn’t know there was a second until you mentioned it Tuesday. I grabbed it at midnight last night and, as I result, went to bed at 3 am! Can’t wait to finish the rest of it later today!

Gigi (aka Georgia), a single mom nurse, inherited a beautiful farmhouse and land from a sweet senior that she was taking care of. She had befriended him, and over the months (years?), they had become a makeshift family. Like a father-figure. Or grand-father figure.

Having been completely humiliated by the one-night stand that abandoned her as soon as her pregnancy was revealed (and had caused her tons of legal trouble in the process), she jumped at the opportunity to start over in a new small town with her new beautiful farmhouse. She needed to get away from the city and start somewhere calm, and far away from the stress that she had endured.

And then she meets Jess. The town Sheriff that knows exactly who she is and is none to impressed with the newcomer city-slicker/obvious gold digger that weaseled that much-loved historical farmhouse from  a dying old man. One that HE considered a father figure, too.

And then the story really kicks is. 😉 I’ll let you read the rest, but I must delight over the fact that  you’ll get a good deal of “OH NO HE DIDN’T!!!!” right off the bat!

Scowling, the sheriff turned to me and looked me over from head to toe. He actually appeared to be angrier at me than he had been at Milo.

What was that about?

“Are you about done drooling over me so you can finish patching him up?” he snapped.

“Can you speak?” he grumbled.

All previous thoughts of his perfection were pushed way, way back in my mind. You could be seriously hot on the outside but if you were nasty on the inside, all the exterior goodness disappeared.

Oh yesssssssss. Bring it on!!

Katie: I’m reading this as well and loving it!!

Laina: Loved this one

Laus:  Love it, I loved the second one even more

And then there’s his OMG bossiness. The whole… “You’re mine, and we’re together and that’s that!” kind. The kind of bossy that will make your eyes bug out. And yet… HOT. 😉

Okay for those who want to go in blind, I recommend skipping this next section, as I analyze my experience of the story. No spoilers, but you know the drill. 😉

While I was excited about the initial stand-offishness between the two (thinking there’d be a lot more push than pull, at first), there was no real tease or slow burn. They became a couple quick, and the emotional turmoil was in her constantly battling him because of his bossiness. Even with all of the “life issues” and new couple conundrums,  it’s not overly angsty, or troublesome. We’d hit a rough patch, we’d fume with her, and think of all the things we “shoulda said”, and yet… things would resolve quickly.

I started questioning where the twisty-turny, intensity was? Oh don’t get me wrong. All of the “patchy” moments were emotionally fun (at least for the reader).  Throughout the story, there was a sense of mystery, and foreboding danger on the horizon, while the town was experiencing a surge of criminal mischief, and threats of worse. I was sure I knew who the villain was, and I was right – which surprised me that there wasn’t more of a twist when it came to that reveal. But the storytelling remained easy on us, most of the way.

And then… I hit the last quarter, and my nerves were on EDGE!!! I was terrified and totally felt what I needed to feel. All of my suspicions were true. That said, I still don’t “get it” much. I mean,the facts are there (sorta), but I suppose I don’t know just how feasible it all was, once the truth came out. The believability gave me pause. Perhaps if there was a backstory on that, the villain and the reasoning… the “whys” of it all, it could really complete this story. ‘Cause it was good. Emotional, sexy, realistic (at least “couple-wise” with such a bossy man). Heartwarming.. and suddenly super-scary.

But I just can’t get past the reveal. I just have too many questions left unanswered. It’s almost as if there should be a twist within the twist, and I need to read THAT.

Okay so that’s all. Very good read overall. Not unputdownable for me, but certainly one that I enjoyed reading and that’s right up our romance alley. Plus… the hero’s a bad-ass, moody, unapologetic cop. IN. UNIFORM. 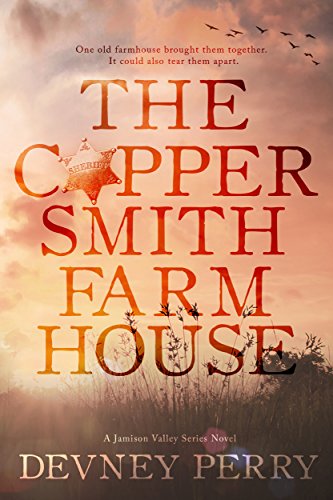 Wow Maryse, I’m glad you read and reviewed. I read up to 27% awhile back and put it down. I was into it initially, but then wasn’t feeling the feels when they connected. I skimmed your review at the avoid spoilers part but saw you end with “HOT” and 4 stars so may need to go back and finish?! Reading Riven right now…

Great review. Was hoping for that old KA feel, so I’ll add it to my TBR list for when that exact mood strikes me!

LOL marina. I’m a sucker for a protective alpha-Mcbossypants in uniform. 😉

Definitely MichelleS… this will certainly satisfy any KA mood.

Yeah Marina I started this one then put it down as well. Maybe I need to pick it up again too 😉

I am too Maryse, that’s why I think I need to go back! But I think I need an alpha in a moto getup first (Madeline Sheehan) then will go back. Just finished Riven. No words right now.

Tee hee. Are you still my friend, marina? 😉

I’m not sure Maryse!?! I was reading along thinking what can possibly happen with this story? And ummm…. still no words. (But I will of course always be your friend Maryse!)