X
You are here: Home / My Book Reviews / Book Review – The Dumont Diaries by Alessandra Torre

The Dumont Diaries
<— I was already pretty curious about this one when the “serials” (4 installments) were bundled into one whole book (this one entitled “The Dumont Diaries“). I totally one-clicked that. After all, this was Alessandra Torre we were talking about, and she rocked my world with her crazy, twisty, “OMG I didn’t even see that coming!!!” love triangle “Sex Love Repeat“. What a fun, exciting steamy, clever little story that was.

So this one went straight to the top-ish portion of my TBR list. But it’s when my BFF Sherry read it and loved it, that I decided to jump on it right now. I was in!!

And I must say, it was good! A fairly quick read (I started it late this morning, and read it straight through the afternoon), with a few mini-breaks here and there, but over-all, a good lazy afternoon read. Nothing too crazy, but enough of everything to keep me guessing. The author lead me astray quite a few times. There was a love triangle angle that came by surprise and had me suspecting a certain “other” angle, and then re-suspecting something else. The whole “situation” was shrouded in mystery, as pieces of the puzzle revealed themselves in regards to the “marriage of convenience” issue. It was pretty much… as twisty and turny as Sex Love Repeat.

Educated, gorgeous but down-and-out Candace starts stripping for a living.

One year later, I came to the conclusion that no one wants to hire an event planner, especially one with a questionable GPA, and no references, no matter how cute her Betsey Johnson dress is, or how knowledgable she is on the local party scene. My credit card were maxed out, I was three weeks late on my rent, and I was desperate.

Barely getting by, and living a “dicey” life, she is offered an opportunity too good to resist. Yep… it’s one of those. 😉 A millionaire takes a liking to her, and offers her a lot of money in exchange for… “stuff”. 😉

I can understand your judgement. I know that I am a prostitute. I’m not proud of it. And when I am flush with cash, I refuse the requests for extra services. but at times like today, when I am struggling to fill up my car with gas, I don’t have much of an option. And honestly, when it comes to him, I’d probably do it for free.

And eventually, he offers her a “marriage of convenience”. Of course the contract is cut and dry. Public perfection (the perfect “happy” wife), frequent sex his way, but no emotional connection whatsoever. And despite his GQ appearance, his cold demeanor, brooks no argument. She’s good with it at first. Her father is hospitalized and needs constant expensive care, and she sees this contract as a way to ensure his last days are as comfortable as can be.

Ashamed of my job, ashamed of my life, my selfishness had left him to die a lonely death.

At that point, that horrible moment when I realized all the ways I had failed him, I knew I made the right decision. I would sign my soul to the devil if it meant that i could, in some way, right my shortcomings as a daughter. He was my father, and I vowed to become more worthy of his love.

But living in close proximity, and having such frequent intimate (and extremely passionate) encounters stirs a certain longing in her…

I can’t figure out this man. Or rather, I can’t figure out how I feel about this man. He is cold to the point of being an a$$hole. A demander instead of a taker – expecting me to perform as instructed. But that is what I am – a hired orgasm-deliverer. Pleases and thank yous are not required, only appreciated. But despite his cold exterior, I am drawn to him, insanely attracted to him.

… and then the real trouble starts. 😉

I liked it! In fact this one was a bit different than the others that I’ve read in this genre. A bit more… daring in terms of what that kind of longing can bring about, and the emotional trouble it can cause.

But it did not deliver the same punch and excitement as the other book from the same author had, for me. It delivered all of the right “stuff”… but maybe just not enough of it. It’s as if everything started at a nice, measured pace, seeming to promise an in-depth exploration of certain angles. But once things started coming together, earlier “setups” kind of just disappeared or were swept away as the story progressed. It at times felt as if the story changed on a whim as it was written. And that’s fine, ’cause I know a lot of authors write the scenes and the story  “on the fly” as it comes to them. But I think I needed some sort of resolution on a few of the plots that just… dwindled. Things were progressing, but not necessarily evolving the way I thought the would. Stuff that I was sure would become important, or be the main part of the story. Things that had SO much potential to throw lots of monkey wrenches in an already precarious situation. Alas, a few parts introduced that had all sorts of possibility… that just… fizzled.

And yet, the author did take us on a ride. Surprise reveals, and “other” things were handled to their very end, but maybe just not enough detail for me to have latched on to it with glee. Almost!!! But… while there was a definite “angsty” vibe, there were so many missed opportunities to explore that angst in detail. To draw it out, and make us hurt. I hurted <– 😉 (tee hee! My spell-checker is screaming at me over that one), but I didn’t hurt enough. Compared to the deliberate execution of the first half and tumultuous situations that seemed so paramount in the story as a whole, it almost seemed as if, by the last third, we were practically racing through to the finish line.

That happens. I wanted more. Wait wait wait!! Personally, I found the actual ending to be just fine by me. It was the last half (or the last quarter) getting to that ending that could have had more personal, emotional, detail. More… ahhhhh how do I say this without telling you the “part” I’m referring to? Umm… It could have been drawn out with more… umm… stuff. I like angst, but I especially like it when I get to live it via certain situations, certain contact, certain discoveries, certain “lies”, certain reveals. 😉 Those who read this might know what I mean. There WAS angst… the whole thing was pretty angsty in fact.

It’s just that when “stuff” was revealed, I was actually a bit disappointed that I didn’t get to experience more of that specific “stuff” along the way. There were moments, but it could have gone deeper. Longer. Live it in a bit more depth, instead of the quick-ish means to get there.

Also, I was furious at one point at a few people, and I don’t think I got over that. Furious? No not just that. Incensed! I couldn’t believe the gall… the nerve of some people. Some reactions. Oh yes, I “knew” stuff. But I just… I wasn’t over “stuff” by the time we got to “other stuff” and that’s probably why I needed MUCH MORE “stuff”, getting to that ending.

One thing’s for sure… there was plenty, and I mean plenty of steam. Lots o’ sex. I will say I found myself skimming some of it to get back to the “crazy”.

But! I had a great Sunday, and it was my sunny deck, my lazy dogs, my cozy bean-bag chair AND this book, that took me there!

3.5 to 4 stars (3.5 stars for the fact that I needed more to feel “well rounded” in this read. I liked it, but I lacked a certain sense of intense fulfillment. GAH!! But it’s hard to give this a lower rating than 4 stars, because the writing is really good! GREAT even. I love this author’s voice, her writing style, and her angsty twisty love stories. She’s right up my alley! However, it’s also hard for me not to compare this one to her “Sex Love Repeat“, and that one, to me, was awesome!! Clever, had my gasping, everything came around full-circle (for me) and had enough emotional depth for me to be very much involved in their lives. So that’s why I take a step down in my rating for this one. 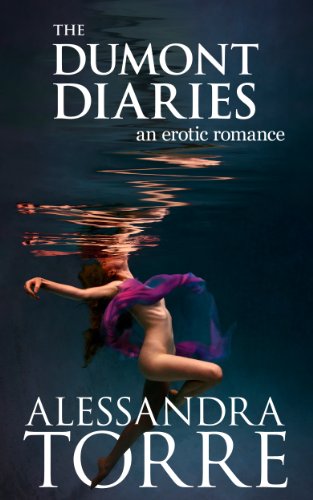 Maryse, be sure and read Blindfolded Innocence. Book 2- Masked Innocence releases Feb 25. You will swoon over Brad Deluca. Good Read!!

Maryse on her website she has more to the ending……I loved it. I read it when they where all individually published.