X
You are here: Home / My Book Reviews / Book Review – The Good Daughters by Joyce Maynard

The Good Daughters: A Novel
This one caught my eye a week or two ago when it went on super-sale, and even if it wasn’t on my TBR list, and wasn’t even on my radar, once I read that blurb (let alone that intriguing cover and title), I had to jump in asap!

And for the most part, it was an interesting, and often captivating. I found it beautifully written, with just enough detail and compelling internal dialogue to have me relating to, and understanding, the plight of these women. These two daughters. In fact, at times parts of the story were so intense, and gasp-worthy, that I couldn’t put it down. My eyes bugging out of my head with emotional dread and OMG-this-is-crazy glee, when I put two and two together and realized a certain truth.

Two neighboring families that each had a daughter on the exact same day in the same hospital end up being “friends”. Considered “birthday sisters” even though they weren’t related and encouraged to be friends with each other.

“Your birthday sister,” she liked to say. “You two girls started out in the world together. It only stands to reason we’d feel a connection.”

In fact, our families could hardly have been more different— the Dickersons and the Planks. Starting with where we made our home, and how we got there.

And while they weren’t all that interested in each other (different personalities that just didn’t mesh into BFF-ness), their lives were certainly intertwined by the insistence of one of the mothers. As she was almost obsessed with the “life” of the other mother. One from a hard working farming family with a reserved, unaffectionate mother, yet a doting, loving father, and the other from a more “hippyish” fly-by-night type of family, that never truly saw stability.

It’s an odd feeling, growing up in a family where it seems like the adults are the ones who need to grow up. Even when I was very young, I felt that way. They just seemed so unreliable to me. They were so wrapped up in themselves they sometimes seemed to forget they had children.

And this is the story of their lives (separately) and at times, together, from childhood to adulthood, and the observations and dramatic life events that shaped who they are. A love story or two,

He placed his hands on my shoulders and pressed his mouth against my own. I tasted the berry juice on his lips. I opened mine to receive the fruit.

This is what happened when Adam met Eve, I thought. Here comes the devil.

…triumphs. They’re all there.

And believe me, there were some exceptionally shocking events.

A few twists and turns for sure (I’d say about three) that made this story worth reading, but unfortunately for the biggest, craziest reveal, I find it happened too early. Mind you, it was never fully spelled out until the last quarter of the book, but very early on in the story, it was just so obvious. And while that plot twist had my attention BIG time, and that whole “chapter of life” was absolutely riveting, I wish there had been more, in regards to that angle.

In fact, when I clued in, I told my sister what I suspected, and read to her a few passages to get her opinion, and her reaction was… wow. I hope she’s gonna twist that twist later on to make it more interesting and surprise you guys, ’cause if THAT is going to be the reveal, it’s a little too obvious. My sister said…

“The author is sneaking up on you with clogs on…”

LOL!!! True. And sure enough, as much as I hoped for an “I gotcha!!” from the author… something even more clever than what I was suspecting (maybe something even more dramatic and thrilling, or devastating), it never really got there. Oh sure… there was a little more to the story once the reveal was officially revealed, but not enough to have me wanting to 5 star this book and shouting it from the rooftops.

So I’m giving this book 3.5 stars <— 5 stars for the whole first half of the book and ESPECIALLY that CRAZY *thing* that blew my mind, and also hurt my heart SO BAD that I read the entire section with my jaw dropped. But 3 stars for most of the second half… once *that thing* had happened. ‘Cause we just continued on living their lives, with them, and while there were more “life issues” that were still somewhat interesting (and heartfelt) to read, it just got more or less long-winded, dragging on. And the ending was more or less… unremarkable.

While it DID hold my attention for the most part, I wonder if it did so simply because I was dying to find out “reveal-wise” if I was wrong… or that I was right, but there was SO much more that I didn’t know. And that just didn’t happen. *sigh* 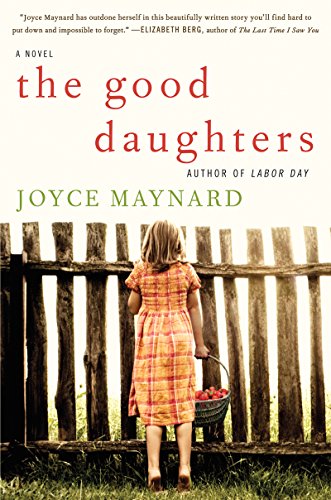