X
You are here: Home / My Book Reviews / Book Review – The Mistake I Made by Paula Daly

The Mistake I Made: A Novel
Somewhat of a psych-thriller (well, no… most certainly a psych-thriller) but with a little less of the *oomph* than I was looking for. That said, the writing was terrific, and I was still VERY much into it.

I devoured it, even if I found myself mostly always disgruntled with all of the characters. It was hard to like anyone (even the “good guys”), but what I did love was that it was entirely from the first person POV (hers!!!). I also loved that, while the downward spiral snowballed and had me feeling terribly anxious at times, it was super easy to follow!

Thank you for that! From her perspective, even with all of the mistakes she made, I could feel compassion for her. I could empathize with why she made certain decisions (even if everyone should take this as a cautionary tale). What an outcome!!!!

And if you’re wondering… yes. This does involve a sort of love-story. Or two. Or maybe a few psych-versions of “love”. You’ll see. There’s all sorts of things going on.

Roz, a top-notch physical therapist is left raising her son as a single mother and struggling to make ends meet since her irresponsible husband deserted her with a mountain of credit card debt, and hasn’t been kicking in to help with the care of their son. Trying to make ends meet, from her mortgage, to her private business practice expenses, to trying to repay her debts without filing for bankruptcy, she finds herself at the end of her financial rope (especially after having lost the business significant loan her parents provided her). The investment… gone.

After Winston’s wage cut, his womanizing, the loss of the baby, the credit cards and his subsequent departure from our home, my mind wasn’t exactly on the job. I couldn’t make the payments on both the mortgage on the business and the one on our house, and I lost it all.

Now forced to work for another practice at a lower wage, She’s about to be evicted from her home, all of her furniture already seized by the credit companies, as she can’t keep up with her payments. That is, until a rich married friend of her sister’s, that eventually becomes her patient, makes her an offer that she simply cannot resist.

When I let my thoughts run free, it seemed almost easy. Sleep with a man and my monetary problems could be solved. I kept trying to convince myself I’d had to do worse things…

Sure, he’s married, but his needs aren’t being met at home, and he’s absolutely enamored with Roz. Offering her money for sex would normally be against her personal principles,

When I woke, it was with the deepest sense of dread.

Dread that I had to go through with this thing that I desperately did not want to do.

but for the sake of her son, and not becoming homeless, she’s willing to secretly take on the task. After all, what harm could it do, if it remains a secret?

She’s able to catch up on her payments. Her savings starts piling up. Perhaps this arrangement was just what she needed. That is, until… er… extra “curricular” dynamics force their way into her secret life. And there are numerous little (and BIG) issues that crop up.

What I thought was a fail-safe way to earn my way out of debt suddenly wasn’t.

Something so secret has the power to be so destructive for everyone involved. That is, if the secret is ever revealed (and why should it be, right)? But… such is life. Which is sure to cause more detriment then she ever anticipated.

It would be this decision, within the list of bad decisions, that would send our lives on the roller-coaster trajectory that was to change everything.

And I will leave you there to discover the rest (there is SO much more to it), if this sort of story tickles your crazy-bone!

While the writing was top-notch, and the progression of the story was right up my alley, a few of the reveals were at times, somewhat lack lustre. Only some parts, though. Some parts were

OMG NO!!! And my biggest issue was my struggle to like the characters. Everyone else just seemed so… aloof. Nosy. Self-righteous. Irritating as heck. Or outright scary-crazy. Mix that with one too many bone-headed decisions and self-centered characters, and you’ll find yourself thoroughly annoyed. And yet… it was a fairly thrilling read. 😀

I will give this one… 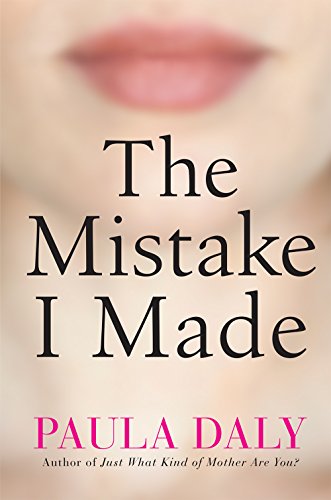 Ooh ooh OOOOOH!! I just got to the part where he said “that” in front of the crowd and then she responded and now I’m all “OMG…OMG…no he didn’t…and no she didn’t…sh!t, yes he did and yes she did…and now…oh crap…oh CRAP…this is not good…NOT GOOD.”

So now I’m curious to see how this all wraps up. 😉