X
You are here: Home / My Book Reviews / Book Review – The Perfect Game by J. Sterling

The Perfect Game: A Novel (The Game Series Book 1)
Angsty roller-coaster of a read with some highs and lows for the characters (and for me as a reader, too). There were parts that I liked, extra-liked… and not-so-liked. But there was a part that I really latched on to. A crazy-good middle that had me hooked for a portion of it. But overall, it was a 3 star book for me.

The beginning was more of  a generic/good/typical start. College good girl sees (and swoons over) college bad boy hottie at a party and of course she catches his eye, too. Friends immediately intervene with the whole “Stay away, he’s bad news.” You know. He’s a player… and everything that goes with that. Of course he’s a superstar amongst his peers (this one is a baseball hero), and he’s a sexual urban legend, too!

“It’s irritating how good he looks in his uniform, right?”

I jerked my head back toward her. “Seriously. Why does he have to be so hot?”

“Cause he’s a jerk. Jerks are always hot,” Melissa reminded me with a nod.

Urban legend, I say? Yep! He doesn’t date, doesn’t sleep with a girl twice, and doesn’t have any regrets with the trail of broken hearts he leaves behind, and yet girls continue to throw themselves at him. Well… can’t fault that logic.

“You already know up front this guy’s a player, so why bother? You’ll only end up hurt.”

“Not if I hurt him first,” I mumbled under my breath.

“Trust me, you won’t. Jack Carter doesn’t get hurt by girls. Promise me you’ll stay away from him.”

Is it true? Sure, to an extent. Of course he’s misunderstood (and has a past that sculpted who he is today), but his own actions don’t lie, either. He wants the heroine, while she, at first, resists him tooth and nail (lots of backtalk). Along with the inevitable “resistance is futile”, and it doesn’t take long from there. I felt like I had read this intro a few too many times before.

I know… I usually like this kind of thing, but it’s just, I (as a reader) didn’t get to “play” enough, here. To indulge in feeling antagonized, desperate, angry and titillated and emotionally intoxicated when *they* finally come to fruition.

“Every other girl is always clamoring to get near me and you’re the first girl trying to get the hell away.”

And yes… I suppose there is plenty of reality and “push and pull” when the “It” guy pursues the girl who doesn’t want to be another notch on his bedpost. But, I felt as if I was just waiting for the story to finally really start, vs. being sucked in from the get-go.

But wait! It does get going. I DID really enjoy the baseball insight, the look into his accomplishments, and what makes him the college hero that he is.

His face looked different, more focused. This wasn’t the playful guy from the student union anymore. This was the confident, serious baseball player.

Actually, I loved that part.  An exciting perspective into his possibly making the major leagues, getting drafted and moved up in rank as his potential career really takes off. I totally felt this. Their anticipation, and nervousness, and the realization that the future looks bright, and yet… lonely. I let that sink in a bit and really indulged here. YES! I WAS IN!

And then… OMG I was even more in! I found myself wide awake at 2am, adrenaline coursing through my veins, shaking, feeling every single moment and it hard on me. But you know I love that! In fact the writing and the story changed so much here that all I can say, is that it found itself. The story became it’s own thing and came to life. It was real, and I was convinced! It was as if the author KNEW this part personally. It was almost as if it was her story to tell, and I believed and connected to it wholeheartedly.

And then… it went a bit too crazy for me. I can’t explain exactly what I mean (spoiler-wise) but feeling-wise, well… maybe you’ll see where I’m coming from if you read it. The reality of it blew itself out of proportion and lost me. I read it, I *got* it, but I could no longer relate, to the extent that I had just connected a few chapters ago. The only way I can describe it is that I felt my heart go from wide-open, my elation that maybe the book had just hit “that level” for me, to my heart closing up slowly, until I felt more jaded than anything. I lost my faith. From elated turmoil, to devastated exasperation that eventually just fizzled into irritation.

3 stars. Good. But not as intense (for me) as I had hoped. I certainly experienced that angst and agree that I “lived” a certain part of it with the heroine… I just wish that the realistic-feel, the “life” it took on in the middle of the story could have evolved at that level, throughout the entire book.

➔➔➔  Love this trope? Browse more infidelity and marital strife features and reviews on my blog. 😀 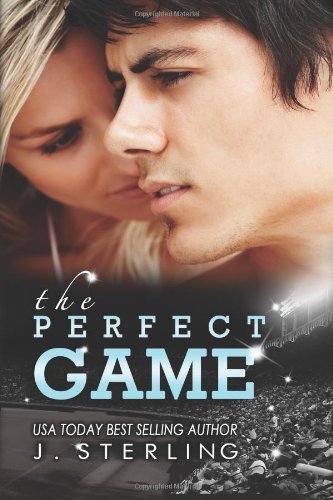 Okay too funny I’m reading this one right now- 40% in. It’s nothing like Love Left Behind which I’m thinking I enjoyed more!

Aw Maryse, I just finished this book last night and I LOVED it! It was a fantastic story from start to finish!

I pretty much agree with everything you said and gave it the exact same rating;)

Yes, I was wondering if this was her story especially after reading the credits at the end of the book, because of this I could not stop thinking about the story for a couple of days after. This story had a Beatiful Disaster feel to it

I really liked this book, but by the last 3rd of the book I began to get frustrated because it all felt rushed and not fully developed. I also give it 3 stars.

Kim, I enjoyed Love Left Behind more myself, haha. Seems lately I’m opposite a lot of my regular reviewers- all but Maryse!
I rated it a 3 out of 5 on Goodreads. I liked the story, but the last third of the book frustrated me. I also am not a huge fan of the overuse of exclamation points 🙂
Not my favorite, but a worthy read.

I couldn’t agree more. Ecstatic…loving it…and then thrown for a loop that left me aggravated and let down. It also had me feeling like everything I had learned about the protagonist and her way of viewing and reacting to situations was just a bunch of hot air when it came time to *put her $ where her mouth is*.

Quoting her acknowledgements in the end: “To the real Jack Carter, thank you for being such a cocky asshole in college and screwing it all up so that I had good material to work with for this story. LOL. I’m so happy we’re still friends.” So Maryse, looks like you hit the ballpark on that one. Aww, am I such a sap to feel sad that she didn’t obviously get her HEA here? In any case, I don’t really tolerate cheating no matter how drunk one is.

Loved this book although was unsure at first I
laughed, I had tears and felt like I needed to finish the book because I just couldnt put it down. Looking forward to the follow up book and i may have to read this one again.

Great Review, I can relate to the way you feelt about this book, I really enjoyed it in the beginning but then really bad stuff started to happend and I was not happy. I gave it two stars