X
You are here: Home / My Book Reviews / Book Review – The Problem with Him by Rachel Higginson

The Problem with Him (The Opposites Attract Series Book 3)
The latest book in one of my favorite series just went live a few days ago, and I had to jump in!!! I have a thing for moody, brooding chefs, and Wyatt was definitely all that.

Plus, it’s completely from the heroine’s POV which I love most. I love “becoming her” and experiencing all of the anguish and excitement through her eyes only. SPARKS FLY (and not always the sexy ones). LOL!!!

Wyatt is Kaya’s worst nightmare come true and she has to work under him as his sous-chef. For years they worked side-by-side in the “Lilou” kitchen,

We’d been working side-by-side for five years now and we’d been through a lot together. But that didn’t mean we’d bonded over our struggles. Or that we even knew each other at all. Even as head chef and sous chef our relationship was decidedly strained.

…but when Wyatt was elevated to Executive Chef (the position she so desperately wanted) and she became his #2, the animosity  between the two escalated BIG TIME!

Wyatt was more than happy to step into shoes that were way too big for him and claim the glory for himself.

While they worked amazingly well together, his brash bossiness has her constantly bristling. Unapologetic, and even quite harsh in his demeanor, his meticulousness and need for perfection could not be challenged.

Most of the time I found him irritating. And difficult. And rude. Honestly, I was the same. Especially to him. But when he was like this – a sudden thunderstorm, lashing out, lightning flashing and thunder rolling – even my knees trembled.

After all, he had the weight of the world on his shoulders, keeping up with the incredible reputation of the restaurant, and the original chef that just left.

When Kaya learns of one of the sister restaurants also needing a new Executive Chef, she jumps at the chance to leave Wyatt’s side for good, and make her own dreams of being #1 in the kitchen come true. But when Wyatt decides he trusts her enough and confides in her…

Wyatt stood in the middle of us and I could see how exhausted he was, the toll the job had started to take on him. His eyes were bloodshot and sunken. His face seemed thinner and haunted. His hands had a tremor that I hadn’t noticed until after he’d confessed his insomnia and I’d looked closer at him. My heart lurched in sympathy. I was literally always annoyed with how hard he was trying. I found his efforts to live up to Killian obnoxious and tedious, especially when he blamed mistakes on me. But maybe my criticism of him wasn’t fair.

Wyatt was given the chance of a lifetime. He ran one of the best kitchens in the region, an award-winning kitchen that he’d earned by right of being Killian’s second in command. Of course, the weight of his burden would be heavy, of course he would struggle to hold it and carry it and live up to it.

… and then decides he’s done with the games, and lets his true heart show through for his feisty sous-chef, her whole world changes, and she sees him in a completely different light. Er… sometimes. *snort* 😛

And oh boy does the dynamic between them change. 😉

His words were steel, gritty, deadly serious, but I could barely focus on them with the press of his hot hand against my waist and his impossibly soft lips against my ear. “Careful, Ky,” he warned in a deep, throaty voice. “I bite back.”

I’ll let you see how it all works out. So many things to consider, and Kaya sure had her work cut out for her.

4 stars <— A fun read! Plenty of push-pull, characters that antagonize each other with that underlying, undeniable chemistry, and it was steamy too. An overall enjoyable read (nothing too angsty, nothing over-the-top, and truly believable characters) and you’ll find yourself rooting for the heroine and cheering her on every step of the way. 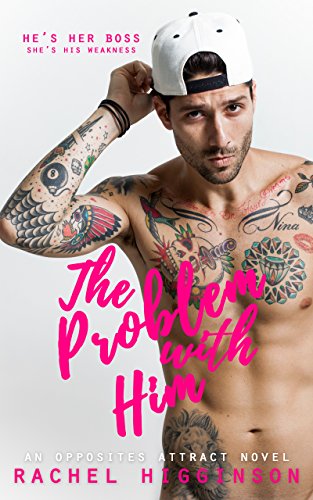 While I enjoyed this book… it wasn’t as much as the others. It just seemed not much happened.

This is true Erin… it was pretty calm, overall. I think the most “impactful” thing was that dinner with her parents. GAH!! That had me fuming…