The Rogue Hunter (Argeneau Vampires, Book 10)
In this part of the series, we veer off the immediate Argeneau family for a bit while we learn about those who work with them. Surprisingly enough, they are just as interesting and easily likable as the Argeneau crew, and we are regaled with “cameos” from different Argeneaus throughout these books.

This story probes the blooming relationship between Garrett Mortimer and the still mortal, Samantha Willan (remember Mortimer? He is one of Lucian’s right hand men, and had a large part in Lucian’s book).

Garrett and Justin Bricker are sent to Decker Argeneau’s cottage on the outskirts of Toronto, to investigate a possible rogue who may be feeding off of the humans in a small town. The three Council Enforcers are finding it difficult to concentrate on their investigation. The electricity in town keeps getting knocked out, and their old generator is proving not very reliable, spoiling their blood supplies.

A trio of girls at the neighboring cottage are also having difficulties keeping their food cold, and the whole group of them decide to have an “eating party” to use up as much food before it wastes, along with possibly storing whatever is left in Decker’s fridge which is being tentatively run by his generator.

“A power outage party,” Bricker said with a grin. “Potato salad, hamburgers, sausages, and steak. It could be fun.”

“And their food right alongside our bags of blood in the refrigerator,” Mortimer said dryly, mildly satisfied by the way the reminder wiped the smile off the younger immortal’s face.

The neighbors soon become friends, and Garrett realizes that he can’t read one of the sisters (Samantha “Sam” Willan). He is over 800 years old, and while he has never met his lifemate, he is somewhat discouraged to realize that this potential lifemate looks nothing like the fantasy woman he had envisioned. While he prefers buxom blonds, a la “Jessica Rabbit”, Samantha is a tall, lanky, seemingly plain brunette with a penchant for clumsiness (more of an Olive Oyl).

“So, how old are you, Mortimer? Eight hundred and something, isn’t it?”

Decker nodded. “And how many women have you met in that time that you can’t read?”

His mouth tightened at the question. Sam was the first. And it had been a long eight hundred years too. Lonely. Was he being a fool?

Understanding that he is extremely blessed to finally be able to share his life with someone, he decides to put his illusions aside and get to know her better. The “nanos” soon kick in (by now, we know the nanos are always right), and he finds himself becoming very protective of her, and deeply attracted.

A funny scene during the “outage party” where Mortimer is following Sam around, leading her so she doesn’t fall, and even loading her plate with food, making her quite uncomfortable, with his attentive, yet obtrusive behavior (despite Garrett knowing she is his lifemate, Sam knows nothing of this, and considers him a complete stranger):

Sam blinked and glanced to the tray of meat Mortimer was now holding. At least he was going to take her wishes into account with this, she thought on a sigh.

Mortimer nodded, and set a cheeseburger on her plate, then hesitated and picked up the fork on the plate to stab one of the strips of steak as well.

“I don’t want that,” Sam said quickly, raising her hand to block him from putting it on her already overflowing dish.

“You’re too pale; you need more red meat in your diet,” he said firmly.

“But I can’t possibly eat all this,” she protested as the steak landed on her potato salad mountain.

Shortly thereafter, Samantha finds herself suddenly “on call” with her boss, who requests her assistance to spend part of her vacation looking for his suddenly missing goddaughter. Garrett seizes this opportunity to be with her, and assists in her search, staying with her day and night.

“I find you beautiful,” he whispered, soothing her soul and washing away her discomfort. “Perfect.”

The relationship and steamy moments play out nicely, are well paced, and we are treated to TWO mysteries that need to be solved. That, along with Garrett’s attempt at keeping his “vampire” situation hidden from Samantha, and the incessant teasing from his friends, make this an enjoyable read, and a welcome addition to the series. 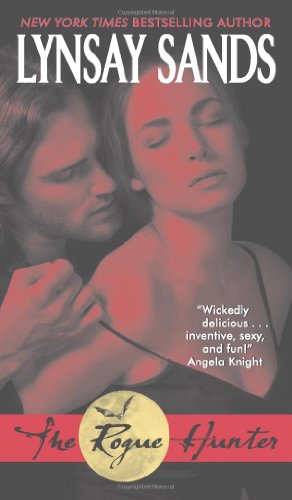