X
You are here: Home / My Book Reviews / Book Review – The Solemn Vow by Bree Dahlia

The Solemn Vow: A love story told from rock bottom
SERIOUS MARITAL STRIFE ALERT!!! New-to-me author but I really enjoyed this one! It’s as romantically angsty as it gets (a love triangle that totally goes “there”). You know… Arsen, Thoughtless… you get the picture. 😉

Tons of heartache and indecision. You wanna be mad at her but there’s also the other side to blame (and I mean… SERIOUSLY!!). BOTH other sides, in fact.

Two men own my heart, and that’s unforgivable.

But no matter how euphoric she’s feeling when she’s where she thinks she wants to be, when the truth hits the fan, it splatters everywhere. She completely loses herself, her goals, her future, her current life, in her love story… and her intense heartache. I pretty much loved it. Yes… there are plenty of moments that have you second-guessing… everyone.

But this one will have you reeling with her. The writing takes you there. When the author says this is based on a true story, she’s not kidding. I FELT this one every step of the way. Somebody definitely lived this.

Maddie and Cain are deliriously in love, married and have just moved back to their old hometown when Cain inherits his childhood home. It’s an old farmhouse, dilapidated and loaded in old memories, but they are excited to renovate it and make it their own, and start their family. Cain, having a steady income with his promotion allows Maddie to stay home and work on her artwork for potential contracts with publishers for children’s books.

He’s supportive of her talent, and she’s going for her dream.

“Cain?” I say softly, rubbing my arms briskly. It’s unnerving how cold it is. He lifts his head.

“Hey, baby.” His voice is heavy with sleep, and if it weren’t for the banister he’s leaning against, he’d probably topple over. “Sorry if I woke you.”

“What are you doing down here?”

He rubs the back of his neck. “I don’t know. I just found myself here.”

His dazed expression concerns me. He’s not a sleepwalker.

And soon he becomes moody and intolerant. He comes home from work, tired, irritated, and even irate, completely disrespecting her at every turn. Chastising her. Insulting her and making her feel ashamed for who she is and for the dream he once supported.

She has NO idea what’s going on with him, but he’s breaking her heart, and he’s suddenly become… heartless. Seriously guys. Almost UNFORGIVINGLY so. So many times I wanted to throw my Kindle across the room.

The husband I know is uplifting and supportive. He would assume the opposite, that it’s everything to get excited about. He would pick me up and spin me around and tell me he’s so proud of me.

I don’t know who this man is, but he’s not my husband.

But then… there’s Jake. Her first true love that she was with for years. They broke up, and he completely devastated her and she thought she’d never be able to love again. But Cain proved her wrong… even though she’s second-guessing everything now. Especially now that Jake is back in town too after a recent separation with his wife, and while she feels like she has no-one to turn to as lonely as she’s become, Jake becomes her safe haven.

Yep. You know where this is going.

I have never felt so broken and expendable.

And I’m stopping there. This story will elate you, and infuriate you (in ALL ways). This is one of those. 😉 The FEELING is woven perfectly in the words. Every single thing… it’s real. She’s true. I believed her every thought and emotion.

4 STARS!! <— It took me to the depths of romance/emotional devastation hell, and the multiple epilogues reveal the true ending. I feel satisfied.

P.S. Thank you to the author for sending me this review copy!! 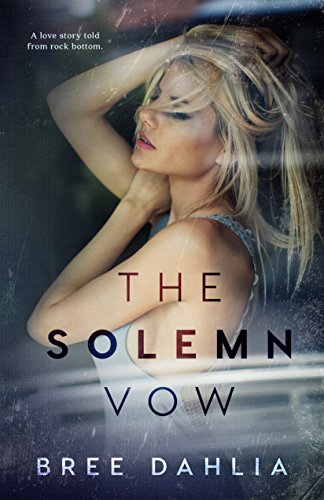 You had me at ARSEN….

🙂 It’s definitely one of those.

Hmmm, Arsen you say… I’ll have to keep this in the back of my mind. I’m on a book buying restriction again. Eeep. LOL!

Crap… dancin’ around it…givin’ your review the side eye Maryse!!! Loved Thoughtless!!! Crappity crap!!! Leaving for beach this weekend and trying to sort through my gazillion tbr. I suck and I’m weak!!!

Yay! I added this one to my tbr too, I was hoping it was as good as it sounded.

I also read this book and loved it!! Definitely for anyone who loves the angst!