Used (Unlovable, #1) (Unlovable Series)
A “new adult” love triangle about rodeo champions? Yep! I was definitely curious ’cause I’ve been to a few rodeos and could already see the alpha-hot potential, in this one. 😉 But when I found out that the love-triangle verged on… hate? Oh yes. For sure at that point, you could count me in!

I was excited to have a new “background” introduced to my next romance read. Usually my bad-boys consist of musicians, bikers or “bad guys”, so having a bad-ass champion bull-rider to crush on was gonna be fun. But I was even more excited over the fact that this had that “bully” potential. That thin line between love and hate, meant I was probably going to be in for some obnoxious, infuriating “alpha” behavior and maybe a good screaming match to two that would likely culminate into something else. And since it’s a triangle, “something else” could mean a whole lotta emotional angst, too!

And for awhile, I was really confused with my team-choice. No, I take that back. I knew exactly who I *hearted*. Rarely do I crush on the sweet “good boy” in books. I always seems to prefer the “book path” of most resistance. The choice that, on the outside, is so obviously not good for me, and would most certainly lead to heartache. The bad-boy with the bad-attitude and the most potential to destroy the relationship just when it gets started. Hey! I can’t help it. I can’t! I love book-pain! 😉

But… lo and behold! I was crushing on the sweet one (“Greer”… the champion “calf-tier-upper”) <— tee hee! I know, I’ve since been told it’s called “calf roper” (thanks Brandi. That sounds much better!). I couldn’t imagine how any other male in this could win out. Impossible. He. Was. PERFECT!

Sweet, patient, caring, had been there since they were babies together. Grown up together. Played together. Cried together. Fought as children together. Eventually becoming teens and falling for each other. And he comforted her when the bad-guys (her mother’s various boyfriends) came sniffing around her door. Better yet. Protected her.

“I just want you to know that i don’t take this lightly. You’re the most important person in my universe. And I’ll do anything to protect us.”

But you know how that goes… one thing leads to another, the focus of a story can shift, that bad-boy intensity and star struck hero-worship, (as she had been watching “Ransom”, this champion bull-rider, on TV before meeting him) kicks in,

My hands are suddenly clammy, and my heart is racing. Oh sh!t! I’m so anxious, and it’s not that he’s a badass, that he’s probably a heartbreaker, or that he’s sexy as hell. He’s a rodeo god, and suddenly, I feel unworthy. Me – the best of the best.

… and changes the whole dynamic, kick-starting the love triangle. Or hate-triangle.

All of that above, but with that “new adult” feel of bad-upbringings (bad parents), traumatic pasts and persistent mental self-sabotage. Insistence that one is not worthy of love, and therefore must constantly remind themselves and others of that fact.

A few weeks before our magical summer would come to an end, my world was shattered And I used the broken shards from the wreckage to carve up my life until it was virtually unrecognizable… but necessary. Although Greer never left my side, our relationship would never be the same. Never again would it be the pure and innocent thing that it once was. He did his best by me, but I knew deep down that I had tarnished my golden boy.

In this case, “Denver” the heroine (and also champion Barrel Racer) believes that she is just like her mother (whom she deems a “slut”) and therefore will hurt and destroy any true love potential with her selfish-slut needs.

Unlovable. And if you’re unloveable, you’re incapable of love too.

But as many of these usually go, she’s feeling this, but it’s so obvious to the reader that this is so far off from the truth.

Okay, for those that haven’t read this yet, but intend to… step away from the part below as I go into “my personal issues” with this story (for those that don’t want to know anything more. I don’t really “spoil it” but for some, even this is too much info.

And this was one of my problems with my ability (or occasional lack thereof) to connect to this story and these characters. The mental rehashing of this “slut-fact” over and over again, and the heroine attempting to perpetuate said fact (without actually physically perpetuating it at all) was wearing me out. “Bitchy-girl rumors” and all that, and so she went with it, ’cause after all… it was in her DNA, right? A forgone conclusion. She was her mother, and so on and so forth (and it was like that… pretty much all the way through).

But I read it, ’cause I’ve read this type of constant “self-deprecation” before (usually it’s the bad-boy hero), so I wasn’t that surprised, and went with it. Plus, I still had that exciting “hate” thing to contend with, and I couldn’t wait until the “poop” hit the fan! But… alas. It really wasn’t nearly as hateful as I had hoped. Not as intense, or painful, or… as angsty as I anticipated (at least in the hate department). Maybe it’s ’cause we were privy to HIS POV? I like a little mystery when it comes to what the “guy” is thinking. That way, when there’s angst, I can feel it ’cause maybe he really does hate me? Maybe he really ISN’T interested at all? And, done right… that’s when the stomach-ache hits for a good part of the read. Always fun… 😉

To me, the potential of “intense-crazy” was there waiting in the wings, but it didn’t quite reach those levels. It was more of a “safe-crazy” read.

NOW… big warning. If you have not read this book yet and still ventured into my “don’t read this part of my review” section anyway, back away now!! I am not going to “spoil” it, exactly… but I am going to explore it, and I don’t want you going into this book with any pre-conceived notions from what I’m saying in this tiny section below:

But it did have a twist that completely blind-sided me. I didn’t see it coming, in the least. So much so, that I didn’t take to well to it. I usually love crazy twists, and being shocked. Eyes-widening, jaw-dropping, heart-accelerating reveals. ‘Cause then as I backtrack through what I’ve just read (in my head), I can “see” it, and I’m often so impressed by the cleverness… at having been “had” that I connect that much more to the story. Makes ’em unforgettable.

But for me, this twist didn’t have that effect on me. It didn’t have that backtracking “magic”. In fact, it felt so far off from how the story was being narrated, that I was actually devastated (something unredeemable) and I just could not connect the two. The “original” to the reveal. Although now that I’m backtracking over some of my favorite highlights, ahhhhh —> I’m suddenly seeing a few… forshadow-ey type “things”. Okay, well, let me amend what I just said. What I mean is…  in the “moment” of the reveal, and my time finishing the book, my mind was unable to… match it all up. I “knew” it, ’cause it has been revealed (and I “got” it), but I was upset ’cause it just didn’t feel right. It didn’t make sense in terms of how the characters’ personalities were narrated (at least, to me). Or maybe I was just too devastated…

Okay so you can all come back now. I’m done examining my issues! 🙂

So while I did enjoy the read (wanting to read it to the very end), and I found the actual writing to be great (dialogue, internal thoughts, reactions (“You should run, motherf***er”) <— I got a thrill from that one. ;)… and secondary character interaction. They felt real and I LOVED that), I did have a few issues with it as a whole. Still though, plenty of drama to be had, the bad boy definitely ticked me off a few times (especially one certain scene… GAH!) and the love triangle was definitely intact. Focus shifts and POV’s make it a bit different from other triangles, and the ending was a bit abrupt (resolution-wise), but we’re told there will be at least another book to follow.

“You have Denver-colored glasses on where I’m concerned.” I reach over and grasp his fist. “But I’ve always loved that about you. You make me better even if it’s only temporary, and only in your eyes.”


P.S. Thank you to the author for sending me a review copy! 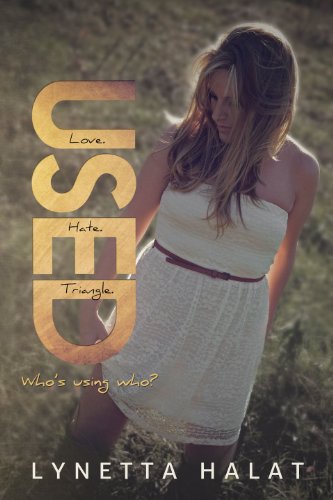 I can understand where you’re coming from with this review, but I totally don’t agree. I thought this was a really layered story, and personally, I didn’t see the twist coming at all. But, to each their own! I’m glad you read it!

True on that twist! I didn’t see it coming either.

SPOT ON review. While I didn’t love the book, there were things I did like. I liked all of the characters. They worked. And the writing was good, flowed well, etc. What did not work for me was her constant mention of her “issue”. It was much to much. Too much without even a good solid background to it. And then Greer’s “secret”. I saw that coming, but when it was revealed, I cringed. For where the story was, that was so out of left field.
It was still a good read that I wanted to finish. I just didn’t love :(. 3.5 for me, as well.

SOLVED!! The book duet about the woman that carries a baby for the gay couple…

Were you curious too? I posted it in the first comment: ... See MoreSee Less

"...I make my living writing romance. I prefer my heroes to remain fictional. But Gus Taylor is better than anything I could have dreamed up.

Sexy and funny and dauntingly handsome.

My little girl and I have been on our own for a long time and that’s the way I want to keep it.

But Gus Taylor makes me question everything I believe..."

I've updated my UPCOMING NEW RELEASES page all the way through March 2022 (and still adding...)

THE PACT Winslow Brothers #2 by Max Monroe is SO GOOD. But read THE BET #1 first so you get a feel for the family.

THIS SERIES (and author) is all the rage right now!! And book #3 is live (and readers are LOVING it!)

Alice: I’m at 33% and I’m thinking of telling my husband I’m too sick to go out to dinner.

Finished it last night! Amazing as usual. Love that series!!

Reading and LOVNG IT. It’s certainly not a rom/com but the wit of this author keeps me in a donkey snort laugh.

And it's on kindle unlimited too, thanks 😊

Oooh gonna start this now! Was looking a good read.

Kari Hansen Tanto I think I found our next series!